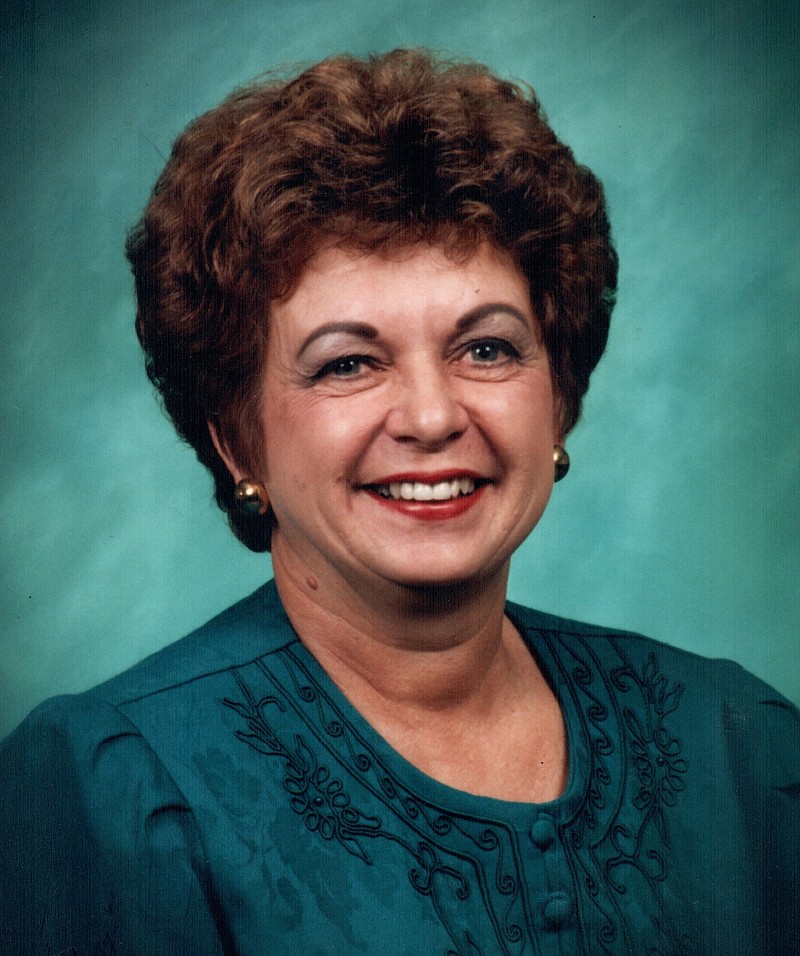 She was born February 15, 1940, in Magnolia, Arkansas to the late Guyton Keith and Frances (Hargrove) Keith of the Sharman Community. She attended Taylor Schools & Southern State University. The Perry family were lifelong members of Unity United Methodist Church. Marilyn had a long career with McAlester Fuel Company and Albemarle Corporation and took great pride in her years working at both companies.

Marilyn was preceded in death by her parents, husband John Wallace Perry, and sister Mildred Keith Knight. She is survived by her son Keith Perry of Taylor, Arkansas; daughter Karen Mushinski and her husband Allen of Argyle, Texas; and three grandsons, Austin Mushinski, Parker Mushinski, and Connor Mushinski all of Ft. Worth, Texas; as well as a host of extended family and friends who are like family.

Funeral services will be held at 10:30 a.m. on today, January 24, 2023, at Unity United Methodist Church with Rev. Carol Moore officiating. Burial will follow at Sharman Cemetery under the direction of Lewis Funeral Home, Inc. in Magnolia. Visitation with the family was Monday evening from 5 p.m. to 7 p.m. at the funeral home.

Memorial donations may be made to Unity United Methodist Church or Sharman Cemetery Association.

The family would like to extend a special thanks to all the staff at The Summit Health and Rehabilitation Center in Taylor, Arkansas, for their outstanding care and compassion.

Everett 'Brent' Patterson, age 83, of Spearsville, Louisiana passed away on Saturday, January 21, 2023 in West Monroe, LA. He was born on September 17, 1939 to George Everett Patterson and Annie Risinger Patterson in Lockhart Louisiana.

Brent attended Louisiana Tech, Centenary College, and graduated from Liberty University in Waco, TX. A sports fan, Brent has visited every baseball stadium in the American and National League. He was a Board Member of the Kyle Chapman League coaching in both pony and colt league for many years. The City of Houston recognized Brent with a parade marking Brent Patterson Day for his volunteer work and coaching many young men including Dennis Quaid. Brent reconnected with Dennis when he appeared in El Dorado in 2017.

He worked 25 years in logistics for Nabisco in the Houston and Beaumont area. Retiring he started a second career in teaching with H&R Block in Houston. Brent was an active member of member of Antioch Church of Christ. Brent enjoyed Nabisco and family reunions. He was preceded in death by his parents.

Services will be held 2 p.m. today at Antioch Church of Christ in Spearsville, Louisiana with Tommy Bennett and Rev. Danny Johnson officiating. Visitation will be at 1:00 pm one hour prior to the service, burial will be at Antioch Church of Christ Cemetery under the direction of Young's Funeral Directors. Serving as pallbearers are Chad Wilson, Casey Wilson, Mark Lunsford, Nick Charles, Branson Teer and Randy Post. Honorary pallbearers are Woody Wilson, Pat Risinger, Leon Taylor, Billy Bennett and Bob Patterson.

Condolences for the Patterson family may be shared at www.youngsfuneralhome.com.