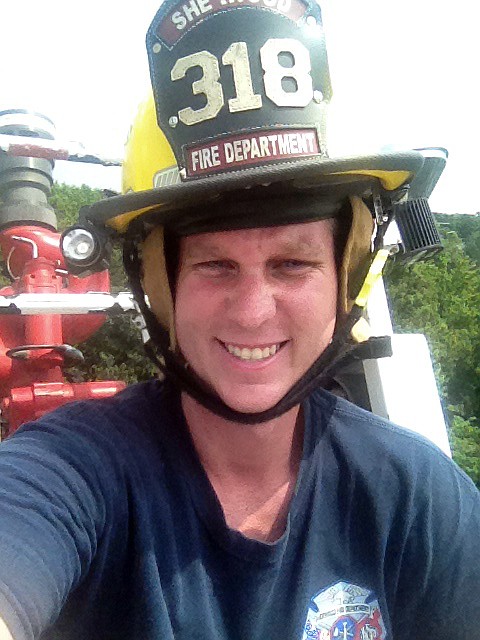 The Southern Arkansas University Tech Foundation and the Arkansas Fire Training Academy are pleased to announce, on January 22, 2023, the official creation of a scholarship fund in honor of Lt. Jason Adams for successful completers of the Academy's on-campus Emergency Medical Responder Training course. The scholarship is specifically for volunteer firefighters.

Lt. Jason Adams was an East Pulaski County volunteer firefighter who was shot and killed in the line of duty while responding to a medical call on January 22, 2016. Lt. Adams was 29 years old. He survived cancer two times in his short life, and because of positive interactions with emergency responders, he chose a career providing services to others in the fire service.

Lt Adams was a dedicated firefighter, both volunteer, and career, who spent countless hours creating training content for his volunteer department. As a training officer for East Pulaski County Fire Department and an Arkansas Fire Training Academy Adjunct Instructor, Lt Adams believed wholeheartedly in the benefit of participating in training and would teach any firefighter willing to listen and learn. Through the creation of this scholarship, facilitated by donations from the community and organizations throughout the country in the wake of his death, Lt. Jason Adams will continue to encourage and facilitate training for volunteer firefighters throughout Arkansas.

More information about Lt. Adams is located on the website for fire heroes - https://www.firehero.org/fallen-firefighter/jason-adams.

Scholarships will be awarded directly to a successful completer from each of AFTA's on-campus Emergency Medical Responder Training classes. The scholarships are intended to help the participant cover travel, meals, and other expenses incurred while participating in the training course. The Southern Arkansas University Tech Foundation will manage the scholarship fund.