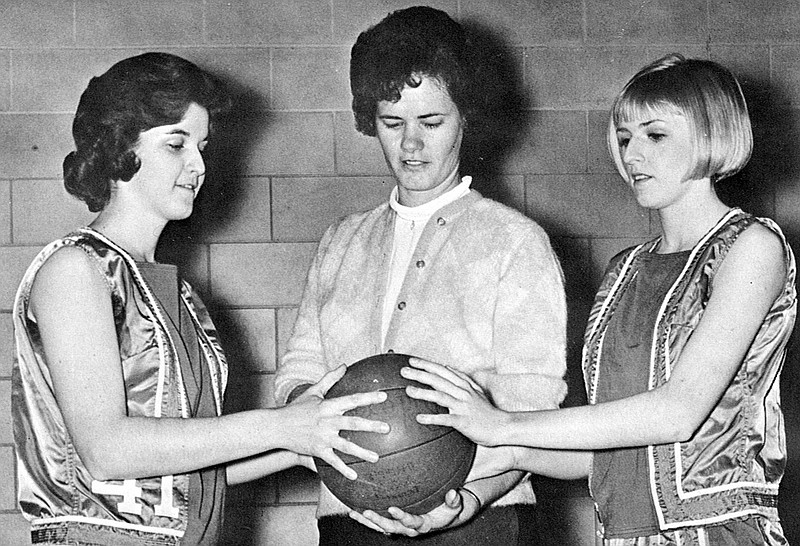 Southern Arkansas University and Mulerider Athletics are deeply saddened by the loss of 2003 Hall of Fame inductee, Dr. Margaret Downing, who passed away on Tuesday, January 17 in Little Rock, Arkansas. She was 91. Visitation was held on Saturday, January 21 from 9 a.m. to 10 a.m. at Lewis Funeral Home in Magnolia. The funeral service followed at 10 a.m. and she was be laid to rest at Memorial Park Cemetery in White Hall, Arkansas.

A trailblazing pioneer for women's athletics not only at Southern Arkansas University, but around the country, Dr. Margaret Downing enjoyed a Hall of Fame, 19-year coaching career that spanned from 1965-66 through 1983-84. During that time, Dr. Downing coached basketball, volleyball, golf, track and field, swimming and diving and slow-pitch softball at SAU. In addition to coaching these programs and helping establish each, Dr. Downing also served as the Women's Sports Coordinator, which was the role of Athletic Director for women's athletics at SAU.

In her 19 seasons leading the Riderette Basketball program, Dr. Downing recorded an overall record of 223-163 with a winning percentage of .578 which is the best in school history for a coach with more than one season. She led SAU to six conference championships and two conference co-championships on the hardwood. Under her leadership, SAU won a conference title in volleyball in 1974 and finished second twice in her three seasons as head coach. Downing's swimming and diving teams won an AWESA championship in 1967 and claimed an AWISA title in 1969 to go along with a pair of conference runner-up performances. Her 1980 softball team won the AWISA title. Following the 1977-78 season, Downing was named AWISA's first coach of the year.

In addition to her coaching accolades and achievements, Dr. Downing was a renowned professor on SAU's campus where she made significant impacts that resonate to this day for thousands of former students. Following her coaching career, Downing's teaching career moved into a full-time role which resulted in her being named SAU's Honor Professor (1987-88) in addition to serving as chair of the University's Department of Health, Kinesiology and Recreation (1991-1997) and as the dean of SAU's School of Education (1998-2002).

Downing's impact on women's athletics at Southern Arkansas University and throughout the state of Arkansas is immeasurable, but her advocacy for the betterment of women's athletics did not stop there. Downing sought change through action and her involvement on the national stage was just as influential. She managed United States women's basketball teams in multiple Pan-American games and at the World Tournament, served on the U.S. Olympic Committee for Women, the U.S. National Basketball Committee, the International Basketball Committee for Women and held terms as president and secretary of the U.S. Olympic Committee for Women's Basketball.

Before arriving for a long and distinguished career at SAU, Dr. Downing coached at three Arkansas High Schools, Monticello, Arkansas High in Texarkana, and North Little Rock, the Tennessee School for the Deaf, and at two colleges, Connecticut State College and Ouachita Baptist University.

Downing was inducted into the NAIA National Hall of Fame in 1987, was a member of SAU's inaugural Sports Hall of Fame class in 2003 and was honored as a member of the Arkansas Sports Hall of Fame Class of 2012. On October 20, 2018, the playing facility then simply known as the Mulerider Softball Complex forever became the Dr. Margaret Downing Softball Complex in honor of her impact and devotion to the advancement of women's athletics at SAU. Since 2015-16, Southern Arkansas University's Female Athlete of the Year Award, the highest institutional athletic award a Mulerider female athlete can receive, bears the name of Dr. Margaret Downing.

In December 2022, Downing joined Mulerider Athletics' Title IX Celebration via video call as the department honored its former and current female student-athletes and coaches, with Downing at the forefront, for the sacrifices made, barriers broke and the transformational impact that each have had and will continue to have on the athletic department and University.

In one of her final written works "Title IX Reminiscences: From Washington D.C. to the local campus," Downing penned "Title IX was the final step in placing women's sports programs on secure footing at colleges and universities across the United States. It was a long, hard struggle; but, mothers and fathers decided their daughters should have the same opportunities as their sons to attend college."