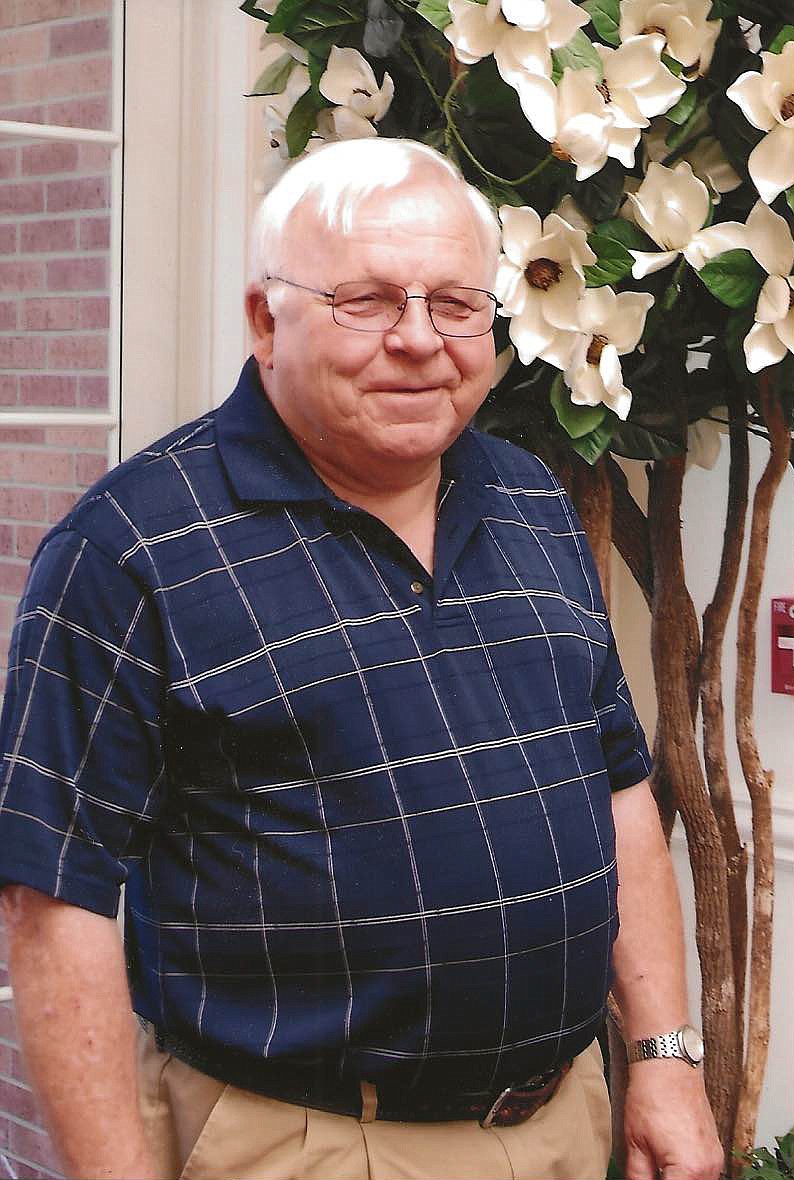 Jack married and had a family before he met Avis. His children from this union were Nina Sanders Bridges, Sadie Sanders Rudd, Evah Virginia Sanders McCready, and William McKinley "Cap" Sanders. All of these half-siblings predeceased Lynda. Jack and Avis had these children: James B. Sanders, Floyd Sanders, Lloyd Sanders, Ola Mae Sanders Mayfield, and Lynda. Floyd and Lloyd remain with us and are greatly saddened at their sister's passing. After Jack's death, Avis married Chris Phillips. This union produced Robert Phillips and Richard Phillips. Richard remains with us and mourns the loss of his sister.

Lynda was born on the family farm. It was near Frog Level. Her understanding was that her father donated the land for Barlow Cemetery.

When Lynda was four, her family moved to the Red Road community north of Lamartine. It was there that she grew to adulthood. She married Richard Arnold "Buck" Young when she was 18. Buck died in 2009. Lynda was an extraordinary person. She possessed a strong intellect and used this gift to great effect throughout her life. She worked in various roles before landing a job with Arkansas Power and Light around 1980. She worked at the Harvey Couch Power Plant in Stamps. She was the first woman to work alongside the men at the plant. She remained at Couch for many years. During her employment, she became licensed to operate the steam-powered turbine at the plant.

Lynda also was known for her carpentry skills (although the word "carpentry" falls far short of encompassing all that she could do). For example, in the mid-70s she built a large living room onto the front of her house in Lamartine. Starting from the slab, she began with the framing and ended with the roofing, wiring, exterior painting, and interior finish work. She did it all herself. Over the course of her life, she undertook and completed dozens of carpentry projects for both herself and family members.

Lynda was a loving and supportive mother to her two surviving children and their offspring. It is no exaggeration to say that her support was instrumental in her children's success in life. She certainly would have played the same role for Hazel Denise Young, her first child, had Denise survived. Sadly, Denise died in May of 1957 after only two days of life.

Visitation at Lewis Funeral Home in Magnolia will be from 6 p.m. to 8 p.m. on Friday, September 23. A memorial service will occur at 10 a.m. on Saturday, September 24 in the chapel at Lewis Funeral Home with burial afterwards at Columbia Cemetery in Lamartine. Pallbearers will be Rollie Flaherty, David Aldridge, Wendall Hart, Terry Collum, Dicky Hartsfield, and Tommy Cloud.

Steven was born, July 8, 1970, in Hope, Arkansas. He was a service technician for Altice Cable, a member of Waldo Church of Christ, and loved to fish and hang out with his fishing buddies.

Steve is preceded in death by his grandparents, Owen E. and Ruby May and Joseph Greene and Betra Greene Campbell. Steve is survived by his wife, Gayla Hicks May; two sons, Aaron Levi May and Lucas Robert May all of Waldo, Arkansas; his parents, Mickey and Jo Ella May; brother Cris and Laurie May and their children; and a sister, Jody and BJ Bailey all of Buckner, Arkansas; his family by marriage, Bob and Carolyn Hicks, Rachel Odom and Lauren Belk of Hope and Bryant, Arkansas; and a host of aunts, uncles, cousins, and many friends.

He was born, September 28, 1942, in Quincy, Illinois to the late Joseph Walter Kaar and Mary Ellen (Brown) Kaar. He was retired Professional Engineer and Consultant, a member of First United Methodist Church, Rotary International, and The Boy Scouts of America where he was an Eagle Scout.

His friends and family knew him as one of the most caring and generous human beings they have ever met. A man who conducted himself with the utmost integrity and expected the same from those around him. His humor, brilliance, faithfulness and devoted heart for all those he loved was evident. Joe truly loved his adopted hometown of Magnolia, Arkansas and the lifelong friends he made here. He also took great pride cheering for his beloved Purdue Boilermakers. He was a man who stepped foot on five continents, traveled extensively, lived in several states, but always was happiest coming home to Magnolia.

Joseph is preceded in death by his parents and his wife of 49 years, Kathy Kaar. He is survived by his three children, Kimberly Kaar of Houston, Texas, David Kaar of Magnolia, and Danny and Stacie Kaar of Zionsville, Indiana; grandchildren, Laura Jackson and husband Ma'lik of Magnolia; Joey Kaar and fiancé Joann Shaver of Batesville, Arkansas, Hannah Wells and husband Remy of Wilmore, Kentucky, Kelly Kaar and Ellis Kaar both of Zionsville; and great-grandchildren, Je'Quays Jr., Rylee and Ja'Kobe all of Magnolia.

A memorial service will be held at 11 a.m. on Friday, September 30, 2022, at First United Methodist Church with Rev. Gary Maskell officiating under the direction of Lewis Funeral Home, Inc. in Magnolia. Visitation with the family will follow at the church parlor.

In lieu of flowers memorials may be made to First United Methodist Church, 320 West Main, Magnolia, Arkansas or to Rotary International.

Dennis Larry Fuller of Stamps, Arkansas joined our Father in Heaven on September 24, 2022 at the age of 73. Dennis was born in Camden, Arkansas on June 19, 1949. He cherished family and this beautiful state, and he made his home in Arkansas a world that everyone who met him wanted to live in. Dennis Fuller was a spirited life-giver and a genuine lover of people, and he never met a stranger.

His vibrant life impacted so many and was influenced strongly by his dear family. Dennis was preceded in death by his mother and father, A.G. Fuller, Sr. and Sybil Manasco Fuller, and his brother, A.G. Fuller Jr. He is survived by his high school sweetheart and precious wife, Jeannie Bright Fuller, who was the most dazzling star in his entire sky. They share two beloved daughters, Dennise Fuller Franklin and Ginger Fuller Braun and husband Chris Braun, and his parents-in-law, David and Evelyn Bright. Dennis is also survived by his big sister and lifelong best friend, Judy Fuller Willcox. His world revolved around being a doting and fun grandfather to Carson and Cameron Braun and Carlee and Kayleigh Franklin. Dennis was also surrounded in life by several adoring nieces and nephews, and countless friends.

As a star track runner for Stamps High School, Dennis possessed an innate love for athletics. He was a passionate Razorbacks fan, and enthusiastically supported the Muleriders at SAU games. When he wasn't cheering on his teams and grandkids, he was managing the insurance agency he'd built with his number one teammate, Jeannie. Den and Jeannie were devoted to going above and beyond meeting the needs of their clients, who so often became their dear friends. They valued their opportunities to help others, which always spurred him to work even harder. To further demonstrate God's love, Dennis served as the President of his Sunday School Class at First United Methodist Church in Magnolia, Arkansas. He loved fostering an environment of learning, enjoyed growing his relationship with the Lord, and heartily appreciated his church family.

Dennis's kind heart was only barely eclipsed by his sense of humor. He was the life of the party, and if it wasn't officially a party, he made it one! He was merrily mischievous and constantly made people belly laugh at his tall but true tales. We are grateful for our time here with Dennis Larry Fuller and can only imagine the glorious time he and God are having together now.

Don Atkins, 87, of Taylor, Arkansas passed away Wednesday, June 22, 2022, at his home surrounded by family.

Don was born on May 10, 1935, in New Orleans, Louisiana and attended the Immaculate Heart of Mary Catholic Church in Magnolia, Arkansas. He served in the United States Marine Corp as a 2nd Lieutenant and was a pilot for rescue, troop transport, and cargo helicopters, during the Vietnam War. He also served in the United States Navy. After his military service, he was an airline pilot captain for Braniff-Piedmont and US Air Airlines.

In lieu of flowers, memorial donations may be made to Enhabit/Encompass Hospice, 128 North Washington, Magnolia, AR 71753.

Visitation will be Friday from 1–3 p.m., at R.L. Reed Funeral Home in Magnolia. 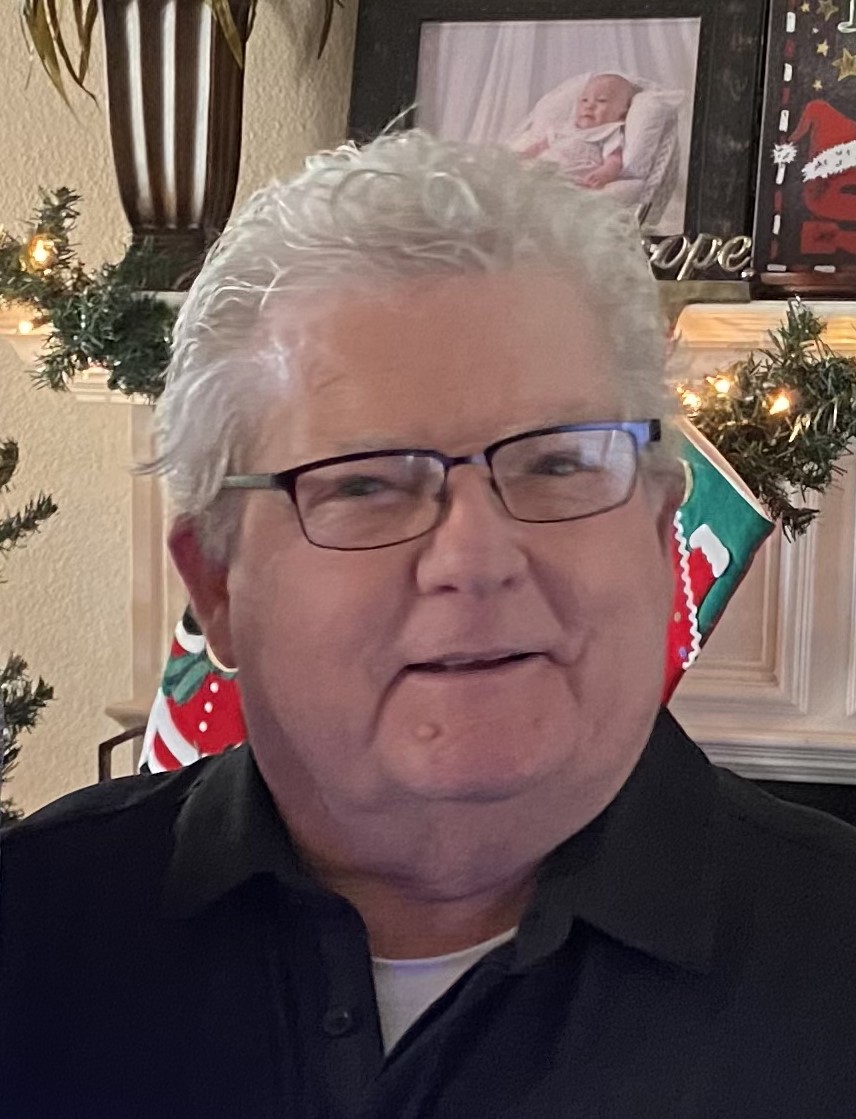