Accident on Main and Fredrick 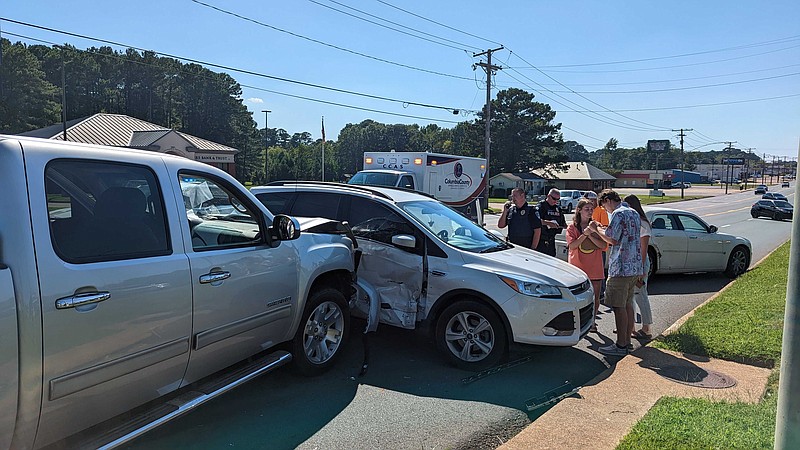 The three vehicles in the crash can be seen. (Joshua Turner / Banner News)

An accident occurred around 3 p.m. on Sept. 20 on Main Street at the intersection with North Fredrick Street next to Mcdonald's between three vehicles.

According to witnesses and two of the people in the accident, the accident was caused by a truck hitting the passenger side of an SUV causing it to run into another vehicle that was on the other side of it.

Witnesses on the scene said that they were eating at the McDonald's when they heard the crash and rushed out to make sure everyone was okay.

The driver of the truck was placed in a neck brace before being taken to Magnolia Regional Medical Center.

All other drivers and passengers appeared to be okay. 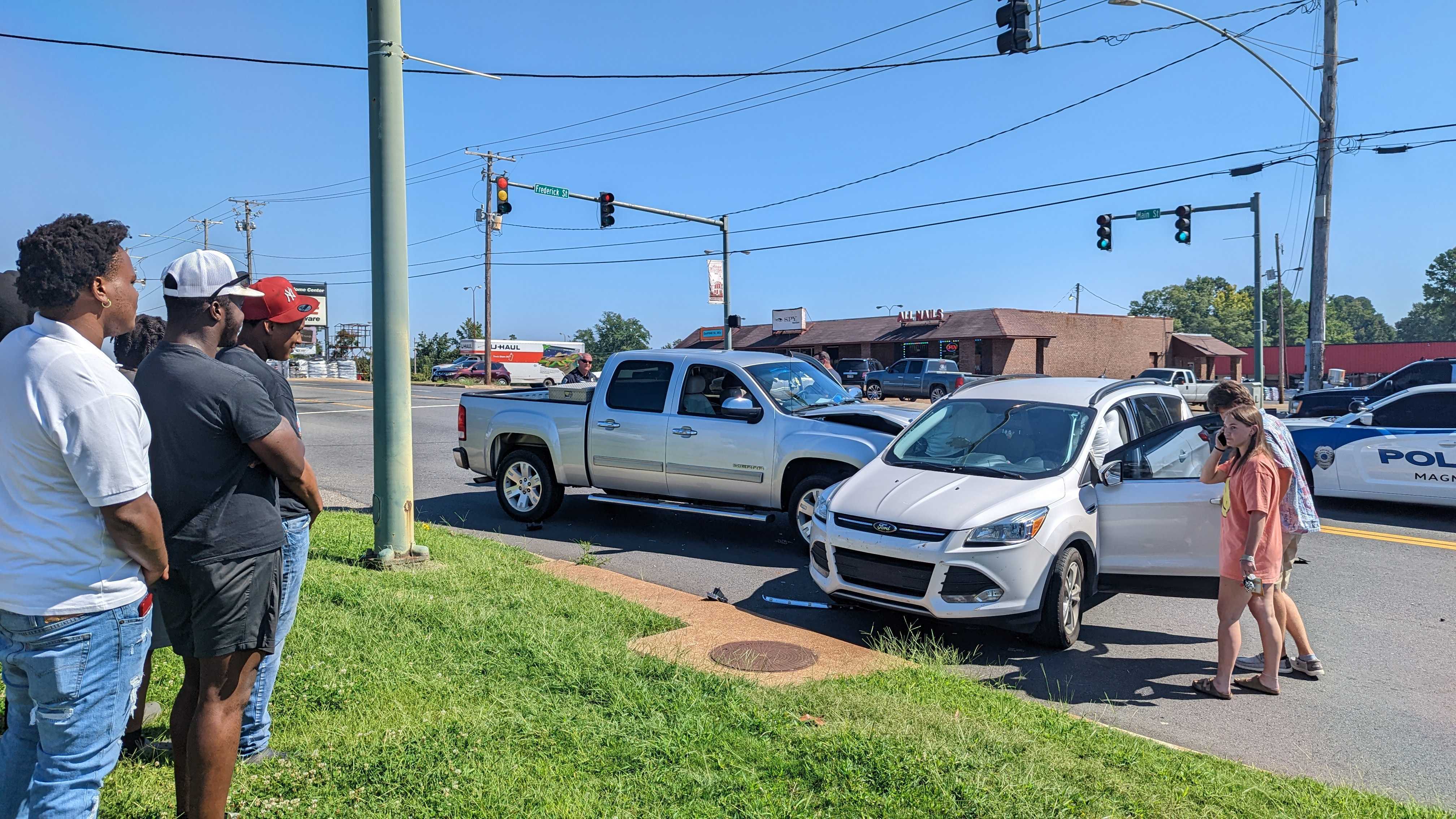