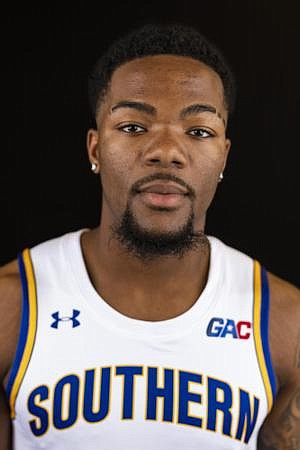 The Muleriders jumped out to a 16-4 lead to start the game and saw its largest lead of the half stand at 14 points with 67 seconds remaining before the break. SAU benefitted from a 10-point, 6-rebound half from Carel Ray Jr., while Brock Schreiner added seven points, three assists and two boards.

Delta State opened the second half on an 8-4 run highlighted by consecutive makes from three-point range which helped close the deficit to 35-29 at the under-16 media timeout. The Muleriders responded with arguably their best stretch of the game as a 13-2 run over 3:47 following the first media stoppage of the second half pushed SAU out to its largest lead of the evening to that point in the contest at 46-31 with 12:06 to play.

That was more than enough lead for the Muleriders who built its lead to as much as 25 in the second half which came at 64-39 with 7:01 left in the game.

The Muleriders scored 16 more points inside than the host and crossed over 20 assists for the first time this season.

Southern Arkansas turns its attention to Great American Conference play on Thursday, December 1 at Henderson State. Tip-off from inside the Duke Wells Center is set for 7:30 p.m.