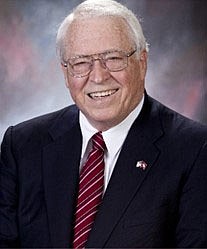 A Waldo native, Mike received undergraduate and graduate degrees from Southern State College and the University of Arkansas before attending Little Rock Law School. After law school, he worked for the Arkansas Office of Legislative Services until he received an invitation from Joe Woodward to move to Magnolia and join the firm where he spent most of his legal career.

He was deputy prosecuting attorney for Columbia County, 1966-1973, and prosecuting attorney for the 13th Judicial District from 1973-1980. Mike was elected to the Arkansas State Senate in 1987, appointed as a special justice on the Arkansas Supreme Court in 1992 by Governor Bill Clinton and again in 2011-12 by Governor Mike Huckabee. He was appointed twice by Governor Mike Beebe to the Court of appeals (2008 & 2014) and served as Beebe's legislative liaison in the years between. In 2019, after retiring from the appellate bench, Mike moved his practice to join David C. Graham's firm on the courthouse square.

A formidable trial lawyer, Mike loved the courtroom and the challenge of difficult cases. One of his most impassioned cases was his effort to obtain compensation for the family of Wallace Sawyer, who was killed while flying for the U.S. government during a mission related to the Iran-Contra debacle. Mike pursued their claims through trial and on appeal and then in a plea to Congress. He continued to practice law until his death.

Ever mindful of the local community's reliance on industry, Mike convinced several local business leaders to form American Fuel Cell & Coated Fabrics ("Amfuel") in 1983 when Firestone announced that it no longer wanted that plant or line of business. They saved hundreds of local jobs. His work with Amfuel took him to Europe and Australia while he helped make the defense contractor a viable business. Mike was also a co-founder of the Pizza-Q chain that introduced South Arkansas to Greek pizza, and co-owner of several real estate end manufacturing businesses.

While Chairman of the Quality of Care Task Force in the Arkansas Senate and a member of the Joint Interim Committee of Public Health, Welfare and Labor, Mike gave testimony in 1989 to the U.S. Senate's Special Committee on Aging and the Bi-partisan Pepper Commission about his concerns regarding low-quality long-term care for the elderly, especially in nursing homes and rural areas of the country. He was the sponsor of legislation that allowed then-Governor Bill Clinton to sign a compact with Texas, Mississippi and Alabama to widen Highway 82 to four lanes across the four states.

Numerous honors and awards were presented to Mike throughout his career, including election as president, then International Senator for the Magnolia Jaycees and a Lifetime Achievement Award from the Southern Arkansas University Alumni Association. He was an eager participant in many Junior Charity League Follies productions when he was younger, and quite memorably pulled off an imitation of Tiny Tim that he was never allowed to forget. The project that gave him the most pride, of course, was Friends of the Carousel, the group he and others formed that saved Arkansas' unique, historical ride now located at the Little Rock Zoo.

Even with his busy professional and civic activities, Mike was a dedicated husband to Norma and loving father, grandfather and great-grandfather. Mike and Norma are members of First Baptist Church in Magnolia.

Donations in lieu of flowers may be made in his memory to the American Heart Association or by designating a gift to the Arkansas Zoological Foundation for the benefit of the Arkansas Carousel.

Lena was born on June 19, 1931, in Ft. Smith, Arkansas to the late J.N. Williams, Jr. and Lena Kate (Tetrick) Williams. She was the oldest of four children. Growing up with parents owning a feed and fertilizer store, she developed a love for plants and gardening. After high school, she graduated from Texas Women's College where she received a bachelor's degree and became a licensed dietician. She moved to Ann Arbor, Michigan where she raised her children, who were the joy of her life. Later in life she received a master's degree in social work and worked at a Veteran's Hospital in Cincinnati, Ohio.

Lena, being a southern lady at heart, always amazed her northern friends with her delightful cooking and beautiful gardening skills. Growing flowers and vegetables brought her peace by the work of her hands. She was always involved with her church and the love of Jesus shined through her with a servant's heart and she knew Jesus as her Lord and Savior.

In 2005 she had the opportunity to move next door to her sister, Dona. It was a very special time for these two sisters who had lived so far apart for many years. She spent the past nine years at Wentworth Place and the family is very appreciative of the loving care that the staff at Wentworth Place provided for her.

Lena is preceded in death by her parents; son, Eric Paul Rucknagel; and brother, Charles Tetrick Williams. She is survived by her daughter, Dawn Diane Kerwin of Tucson, Arizona; daughter in law, Shayne Rucknagel of Hilo, Hawaii; and her six grandchildren that brought her much delight and who kept her heart young, Olivia Almarose Kerwin of Seattle, Washington, Ruby Marie Kerwin of Tucson, Patrick Michael Kerwin of San Francisco, California, Marshall Rucknagel, Rachel Rucknagel, and Parker Rucknagel of Hilo; sister and brother in law Dona and James Furr of Magnolia; brother and sister in law, J.N. and Gail Williams of Fairview, Texas; and a host of beloved nephews and nieces.

Graveside services will be held on today, November 22, 2022, at 2 p.m. at the Magnolia Memorial Park Cemetery with Bro. Roger Dunlap officiating under the direction of Lewis Funeral Home, Inc., in Magnolia. 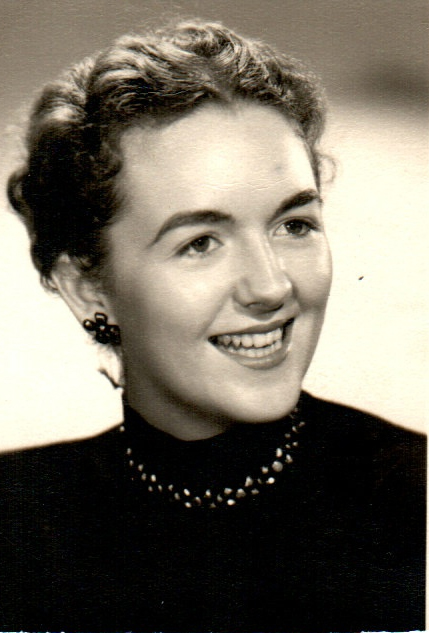