Muleriders even record as they prepare to play at DSU tonight 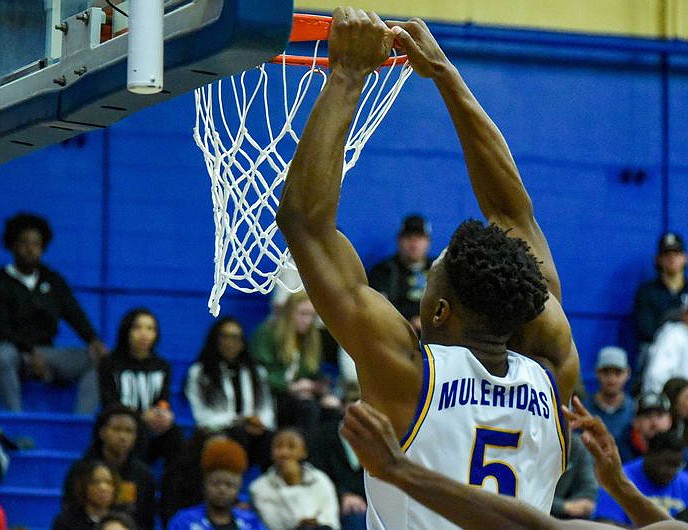 For the second-consecutive night, Southern Arkansas outmatched its opponent on the floor.

The Muleriders never trailed and easily moved past Ecclesia College on Friday night inside the W.T. Watson Center to improve to 2-2 on the season behind senior LaTreavin Black's 12 points and 14 rebounds. They had beaten Arlington Baptist 90-65 the previous night.

Three other Muleriders also scored in double-figure scoring as the team had its best total rebounding effort in over seven years. It marked the 13th straight nonconference home win for SAU.

It was a bit of a sluggish start for Southern Arkansas (2-2) in the win over Ecclesia, but the Muleriders grinded through it to run out to a big start and overall performance in the second half. SAU led 35-22 at the intermission behind a 32.4% shooting effort from the floor which included just four makes in 21 attempts from deep. In the second half, the Muleriders responded by shooting over 53% from the field and 33.3% from three-point range as SAU scored 54 points in the final twenty minutes of action.

Black finished with a dozen points on five-of-eight shooting with six of his rebounds coming off the offensive glass which included three on one possession, SAU's first post-intermission, as he fought inside to come away with a tough bucket early on in the half's first 40 seconds. That was the story of the night for the Muleriders. SAU outscored the Royals 25-4 in second-chance points including 18 in the second half.

The Muleriders used a 29-10 run in the first ten minutes of the second half to open up the contest as a dozen players logged at least nine minutes on the floor. Junior Connor Harvey followed in scoring with a dozen points as he trigged in a trio of triple tries, a third of SAU's production from distance, to go along with four rebounds and four assists. Senior Blake Rogers and sophomore Carel Ray Jr. each added ten points. Ray Jr. followed Black with seven boards and junior Jessie Davis Jr. chipped in with six.

Every Mulerider that touched the floor recorded at least one rebound with six notching four or more. SAU's 58 total rebounds in the win are the most since January 29, 2015 when the Muleriders grabbed 63 in a 109-80 win vs. Arkansas Tech. Of the 58, Southern Arkansas cleaned up nearly two dozen off the offensive glass as its 22 such boards nearly matched EC's defensive rebound effort of 23.

Print Headline: Muleriders even record as they prepare to play at DSU tonight