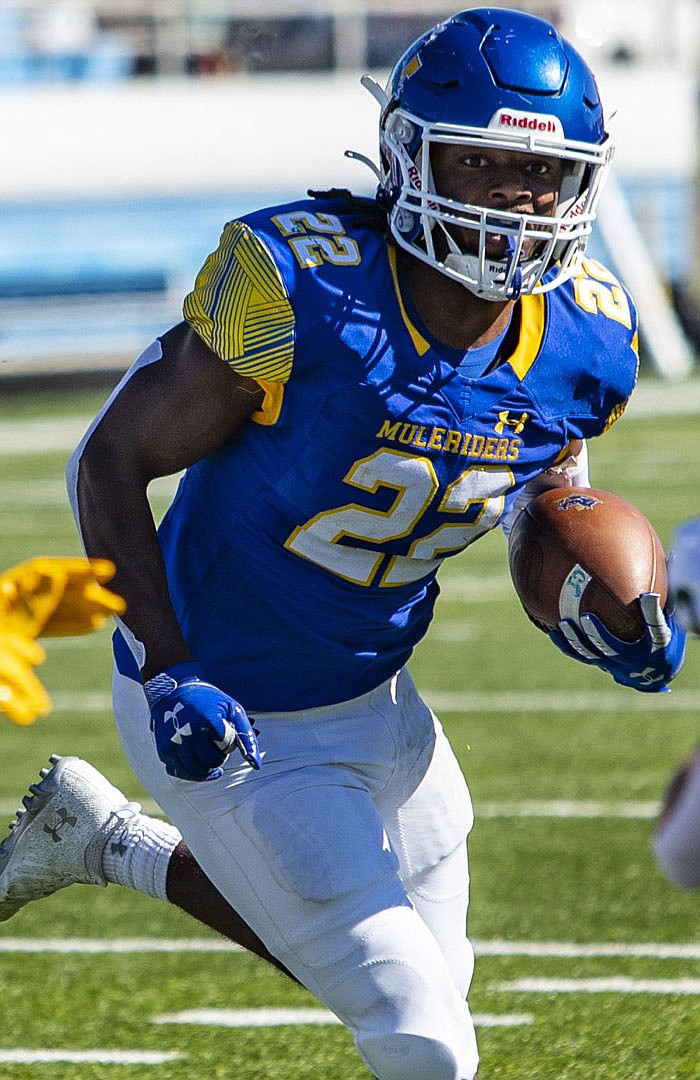 Scales picked up in 2022 where he left off following a GAC Freshman of the Year season in 2021. He finished the season with 1,043 yards rushing and 12 touchdowns.

As a receiver, Scales hauled in the third-most passes (26) on the team for 262 yards and a pair of touchdowns. In 11 games, he totaled 1,305 yards on 205 touches to average 118.6 all-purpose yards per game which ranked fifth in the GAC behind four fellow first-team selections. His 84 total points were the sixth-most in the regular season.

Udenze was one of 13 players in the league to record eight or more tackles for loss this season.

For his career, Udenze played in 37 games recording 78 total tackles, 19.5 TFL and 7.0 sacks in addition to two interceptions and one forced fumble.

Wilkerson nailed 45 of his 48 extra point attempts and was 10 of 11 on field goal opportunities with a season-long of 45 yards which saw his 90.9% success rate lead the Great American Conference and rank second nationally.

His 75 points scored were the fourth-most among kickers in the GAC this season and ranked 11th overall in the league. Jacob Berry | Round Rock, Texas

Berry's first season as a Mulerider was a memorable one as the Trinity Valley Community College transfer showcased his knack for getting to the pigskin as he posted 100 tackles, the second-most in the GAC, to go along with 3.5 tackles for loss, two sacks and two quarterback hurries. Of his 100 stops, 56 were assisted and 44 were of the solo variety.

Southern Arkansas' offensive successes this season began in the trenches and two of the unit's anchors up front find themselves on the All-GAC Honorable Mention team.

Patricia, an All-GAC HM honoree following the 2019 season and 2022 Gene Upshaw Award nominee, and Bowman, who earned his first-ever league plaudit, were instrumental in the Mulerider offense ranking sixth in DII in total offense (485.4 ypg) and sixth in DII in rushing offense (257.5 ypg).