City Council for May 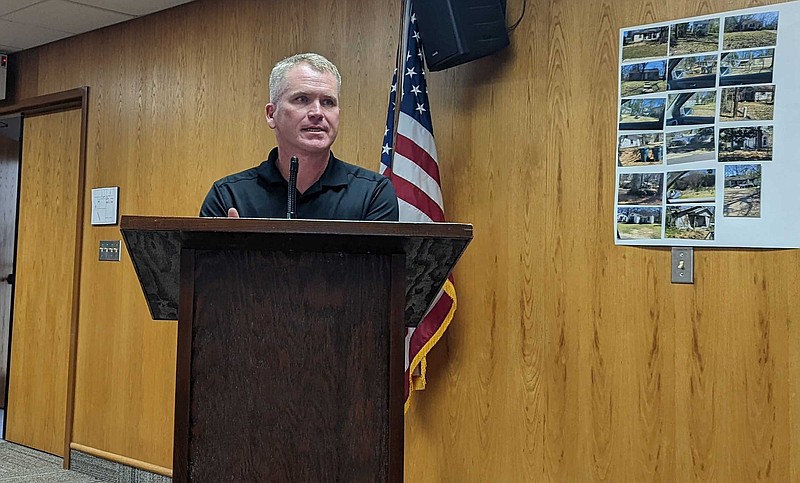 May City Council occurred on May 23.

The City Council once again tabled something from the Compassions Foundation that they did not discuss.

A resolution was presented to apply for a grant to improve the Vine Street sidewalks.

According to Andy Franks of A.L. Franks Engineering, the grant is through the Arkansas Department of transportation and was applied for in 2021 but was denied.

Due to the previous application being denied the city is reapplying.

Franks also presented a resolution to approve a bid for a water retention basin that would be placed near Columbia street.

Bids began for the project on April 2.

According to Franks the construction should be finished within 45 days of the city properly acquiring the Pittman Property.

A resolution to apply for a grant to improve sewer services was brought before City Council.

The funds for this would come from the Arkansas Natural Resources Commission.

A resolution for increased mobile food vendor licenses was presented before the city as well.

The resolution was changed and passed unanimously.

Mayor Parnell Vann also discussed issues he had with designs and bids for the new splash pad and recommended that if your yard or sidewalk is damaged due to the recent construction and water main replacement projects contact the city about it.

Print Headline: City Council for May