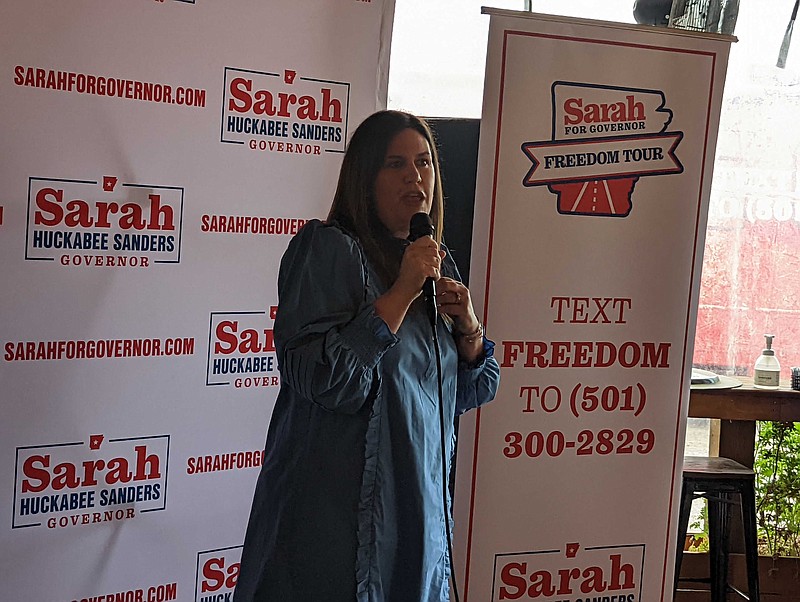 Republican gubernatorial candidate Sarah Huckabee Sanders visited Magnolia on Tuesday as part of her Freedom Tour, a campaign rally with stops throughout Arkansas.

Tour organizers had arrived at Mulekick by 8 a.m. and were putting out signs, bumper stickers and other freebies for attendees.

"I am so happy to be greeted with so many smiling kind faces. I never got cheering when I was working as Press Secretary in the White House," Sanders said.

Sanders discussed her difficulty as Press Secretary and some of the high points of the job which she said included meeting with North Korean leaders.

Sanders also expressed her desire to fight against "leftist extremism" while she talked about what it was like growing up as the daughter of former Arkansas Gov. Mike Huckabee.

Afterwards, Sanders and her husband took photos with attendees.

There was a reunion between Southern Arkansas University President Trey Berry and Sanders.

Berry previously worked at Ouachita Baptist University before joining SAU. While at OBU, Berry was a mentor and friend to Sanders, she said.

Berry couldn't be reached Wednesday to talk more about his time at OBU.

Sanders is one of many candidates running to be the state's next governor. Current Gov. Asa Hutchinson is term-limited and cannot run again.

Also running as a Republican is Doc Washburn, who Sanders will face in the primary election scheduled for May 24.

Additionally, Ricky Dale Harrington is running as a Libertarian, while Elvis Presley, Jason Tate and Michael Woodard and Dan Nelson are write-in candidates.

Early voting in the preferential primary election is currently ongoing. 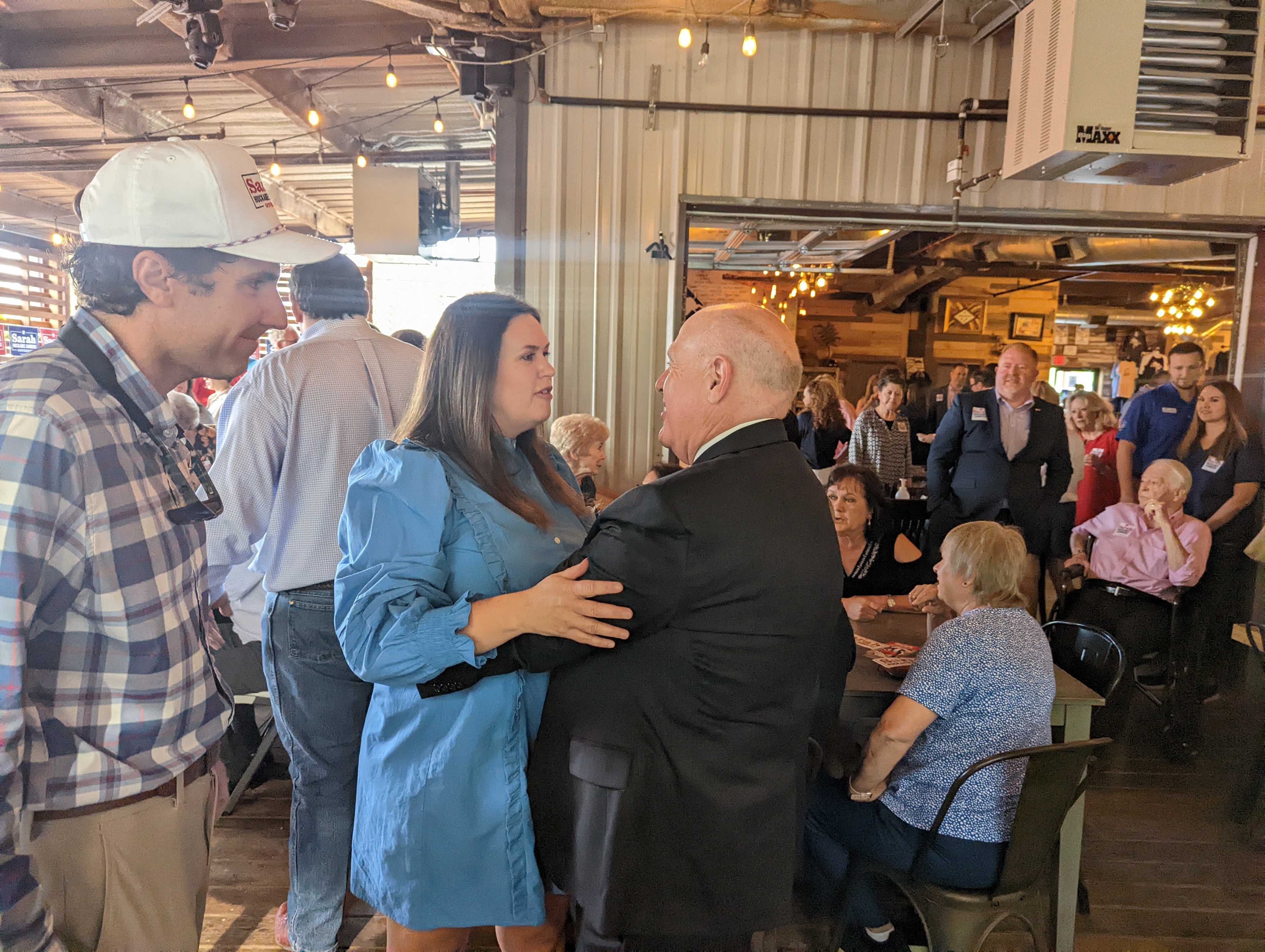 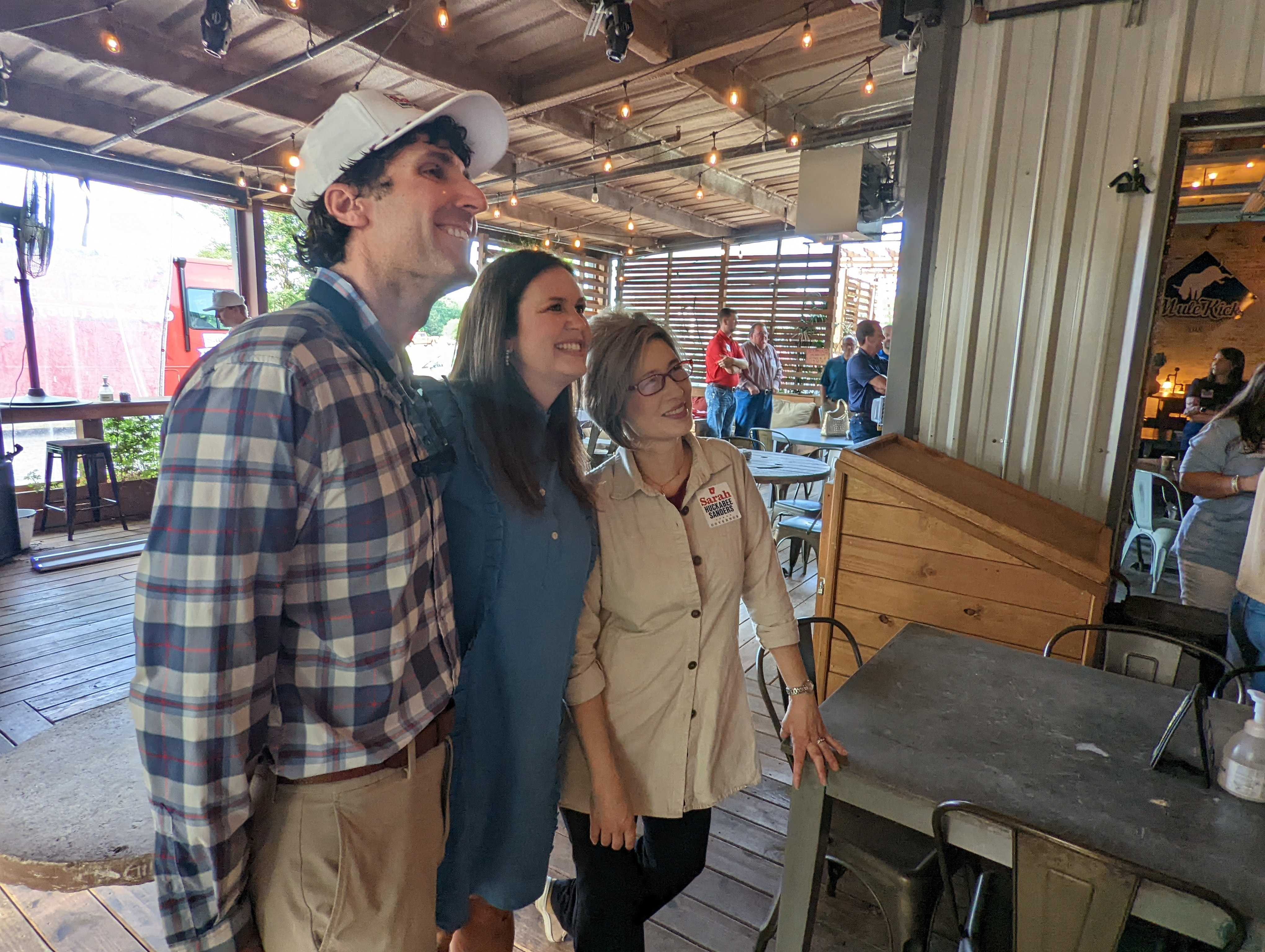 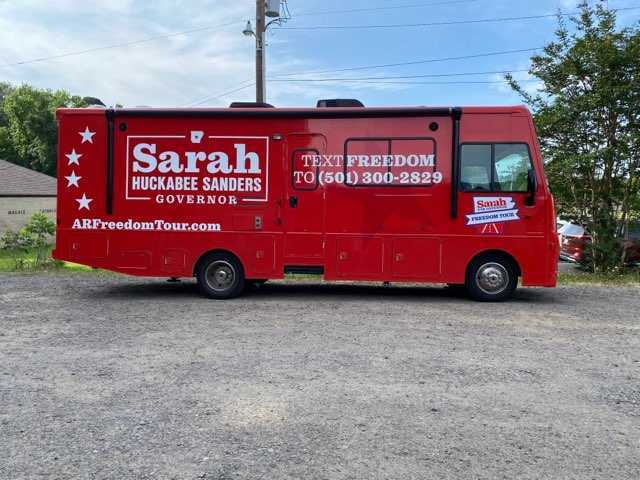