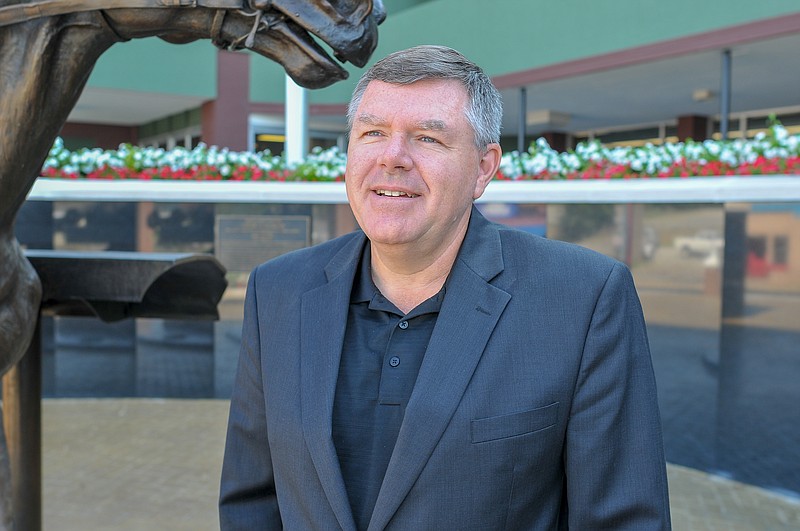 LITTLE ROCK, Ark. (May 17, 2022) – The Arkansas Sports Hall of Fame (ASHOF) announces the appointment of Wayne Smith to its board of directors. Since March 2017, Smith has served as general manager of Oaklawn Racing Casino Resort, only the sixth person with the title in Oaklawn's 115-year history.

"We are proud to welcome Wayne to the Arkansas Sports Hall of Fame board," said Greg Hatcher, ASHOF president. "His decades of experience in gaming and dedication to the community will help grow our organization's impact and success tremendously."

A native of Narragansett, Rhode Island, Smith began his career in public accounting and finance before moving to corporate accounting with ITT Sheraton, where he focused on hospitality. He served in senior management positions at MGM Mirage, MGM Grand Las Vegas, MGM Grand Detroit and Caesars Entertainment, Empire City Racing and Gaming in New York and Penn National in Illinois, creating more than 28 years of successful and diverse gaming experience.

"I'm honored to serve on the ASHOF's board of directors alongside an incredible group of individuals who are fully committed to preserving and promoting the history and future of Arkansas sports," said Smith.

Smith is a graduate of Northeastern University in Boston. For more than two decades, he has been an active volunteer with multiple community and charitable organizations. Smith is currently a board member of the Arkansas State Chamber of Commerce, serves as a Commissioner on the Hot Springs Advertising and Promotion Commission and is an executive board member of Fifty for the Future, of which he was president in 2020. His dedication to the growth and betterment of the Hot Springs community has also led him to sit on several local advisory committees.

He and his wife, Audrey, reside in Hot Springs. They have two sons, Dylan and Riley.

Individuals can become a member of the ASHOF and experience unlimited visits to the museum, inductee nominating and voting rights, invitations to all ASHOF events, special recognition in the ASHOF induction program book and more. Memberships start at $100 a year with special pricing for coaches, athletic administrators and past inductees. Learn more at ArkSportsHallofFame.com/Join-ASHOF.

The ASHOF exists to preserve the history of individuals and teams who have brought honor, prestige and fame to the state of Arkansas through outstanding achievement and contributions in amateur and professional sports. Board members work to garner and leverage resources to advance the organization's mission, encourage and promote higher education through the funding of scholarships to deserving student-athletes, and raise awareness of the organization across the state.

For more information on the ASHOF and to view its list of 50 current board members, visit ArkSportsHallofFame.com.