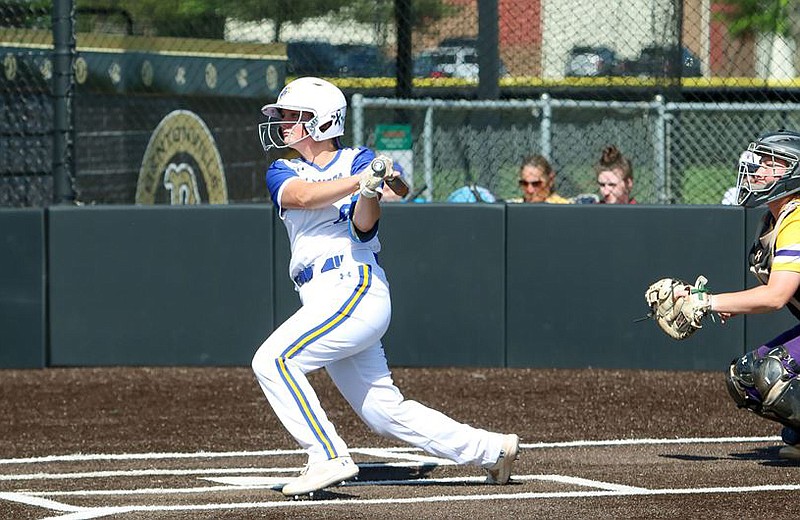 It's May in Magnolia and that can only mean one thing for head coach Jason Anderson's Southern Arkansas University softball team....NCAA Regional Tournament time.

For the seventh time in program history, and for the sixth straight season, Anderson's squad is competing in the NCAA DII Central Regional Tournament, which started Thursday as the No. 7 seeded Lady Muleriders took on the host school and No. 2 seed in the University of Central Oklahoma on the campus of UCO in Edmond, Okla.

They come into the Regional with a .309 team batting average. SAU has outhit their opponents 453-309 on the year while outscoring those 303-143. SAU will continue to rely on All-GAC First Teamer and Central Region First Teamer Jade Miller as they have all season. Miller who holds a team high .410 batting average continues to lead the team in many categories including hits (77), runs (49), and home runs (11), to go along with her 37 RBI which ranks second on the team. Alese Casper is second on the team with 56 hits, followed by Jaxynn Dyson with 54 hits. Dyson leads the team with 45 RBI, followed by Tiare Lee who has drove in 38 runs. Lee's 43 hits ranks fourth on the squad while Madison Miller (42 hits) rounds out the Mulerider players with 40+ base knocks. M. Miller ranks fourth on the team in RBI as well with 34. Lee and Gracie Kings are tied for third on the team with eight home runs apiece.

Sydney Ward and Kiana Pogroszewski both come into the regional with 133.2 innings pitched. Ward leads the team with a 16-3 record, while KP has earned 15 wins in the circle to go along with six losses. Ward leads the staff in strikeouts with 141, to go up against 104 hits given up. Ward has allowed 51 runs (44 earned). Pogroszewski has allowed 49 runs (34 earned) on 114 hits to go along with 129 strikeouts.

Augustana University and Arkansas Tech University are the other two schools competing in the three-day event that runss through Saturday. AUGIE comes into the tournament as the No. 3 seed, while ATU enters as the No. 6 seed.

SAU will be back in action today during the double-elimination tournament. They entered the tournament having seen three of the four teams already this season. SAU and AUGIE matched up back on Feb. 5 in the SAU's second game of the season as AUGIE won 7-5. The Lady Muleriders took on UCO two days later and lost a close one 3-2. The Golden Suns and Lady Muleriders matched up in the regular season and ATU took the series 2-1, followed by one more win over SAU last weekend in the GAC tournament title game.