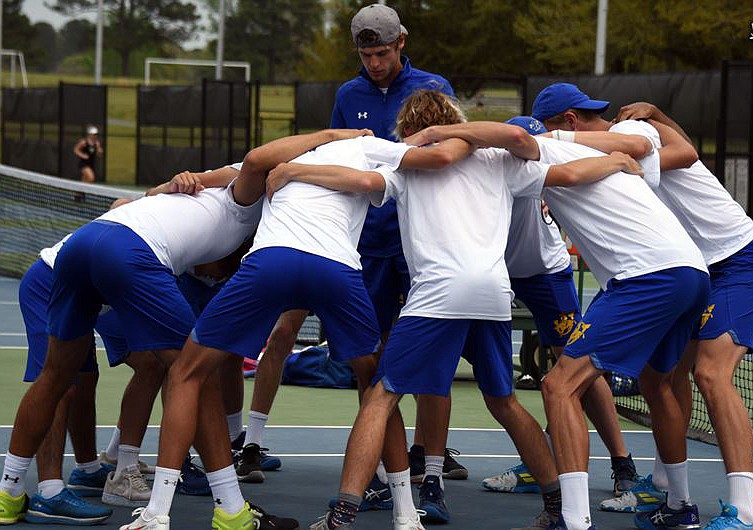 SAU will play host to No. 3 seed Northwest Missouri at 2 p.m. on the Live Oak Tennis Courts at SAU. The winner will advance to the 16-team national tournament in Altamonte Springs, Florida on May 18-22.

The Muleriders (19-5) return to the NCAA postseason for the third time in the program's short NCAA history (2018-19). SAU first earned a trip to the regional tournament in the spring of 2019 where it advanced to that year's national tournament in its first season of NCAA competition. In 2021, the Muleriders again punched a ticket to the postseason appearing as deep as the regional finals after claiming the region's top seed.

Standing in Southern Arkansas' way of its second trip to the national championship tournament is a familiar foe in the MIAA-GAC North Division regular season champion Bearcats which begin NCAA postseason play ranked #21 nationally. It was NWMSU that eliminated the Muleriders last season with a 4-2 win to advance to the national tournament. Monday's meeting will be the third between the two teams in this campaign alone and it marks the second matchup this spring that will be contested in Magnolia. SAU topped Northwest Missouri 7-0 in Magnolia on March 7 and then forced an exit of the Bearcats in the MIAA-GAC Tournament with a 4-2 decision.

Top-seeded Ouachita plays host to No. 4 Washburn in the other Central Regional. This spring, Southern Arkansas is a collective 7-2 against MIAA-GAC foes with the two losses coming the No. 1 seed Tigers. The Muleriders are 9-4 against ranked opponents this season. All four Central Region participants hold national ITA rankings. The Muleriders enter NCAA postseason at No. 13, Ouachita is currently No. 17 with Washburn right behind the Tigers at No. 18 and Northwest Missouri is in at No. 21.