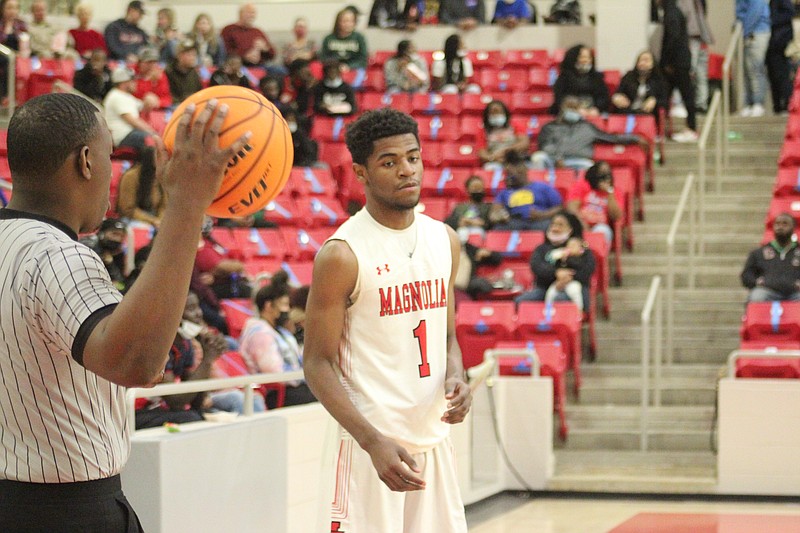 When the the Arkansas High School Coaches Association All Star games resume this week in Conway for the first time since 2019, there will be plenty of red and white colors representing Magnolia High School.

All games will be held on the University of Central Arkansas campus.

Magnolia Panthers' Coach Ben Lindsey, who led his squad to another Class 4A State Title this past spring, will be a member of the East coaching staff, which will be headed up by Wes Smith (Jonesboro). Also on the staff will be Scott Bowlin (Melbourne) and Vernon Wilson (Osceloa).

As for the East girl's coaching staff, former MHS head coach Shanae Williams will join that group which will be led by Eric Teague (Melbourne). Daryl Fimple (North Little Rock) and Sonja Tate (Paragould) will also join them.

Williams, in her first and only season at Magnolia, turned the girl's basketball program around and led them to the second round of the Class 4A State Tournament. They also claimed a district title in more than 20 years and finished as runners-up in the regional tournament, losing to 2022 state champion Nashville.

Regarding players, Devonta Walker, who signed with Southern Arkansas University, will suit up with the East All-Stars. During his senior year for the Magnolia Panthers, Walker averaged 11.1 points, 6.5 rebounds per game and shot 45% from the 3-point line. He's a two time All-Conference player and was named to the 2022 4A All-State Tournament team.

In baseball, SAU signee will represent the Panthers on the East team.

During the 2021 season, Edwards record a 5-3 on the mound with a 1.53 ERA. He struck out 73 batters in 62 innings pitched. He earned All-Conference and All-State honors, and was named to the All-State Tournament team.

Lady Panther Bracelynn Glover is listed on the East Girl's All-Star team. The post player provided Williams' team with key points inside the paint and had a solid effort rebounding the basketball during the season.

In football, offensive lineman Jaden Cole will be part of the West football team.

Cole helped open holes for Magnolia explosive triple option offense. He and the Panthers reached the second round of the Class 5A state playoffs this past season.

In a related matter, Taylor's Josh Lindsey will also be a member of the East All-Star baseball team, while Lafayette County's Cassidy Jones will suit up for the West girl's basketball team.

Following is a schedule of games for this weekend:

Print Headline: Magnolia to be well represented in this week's HS All-Star games