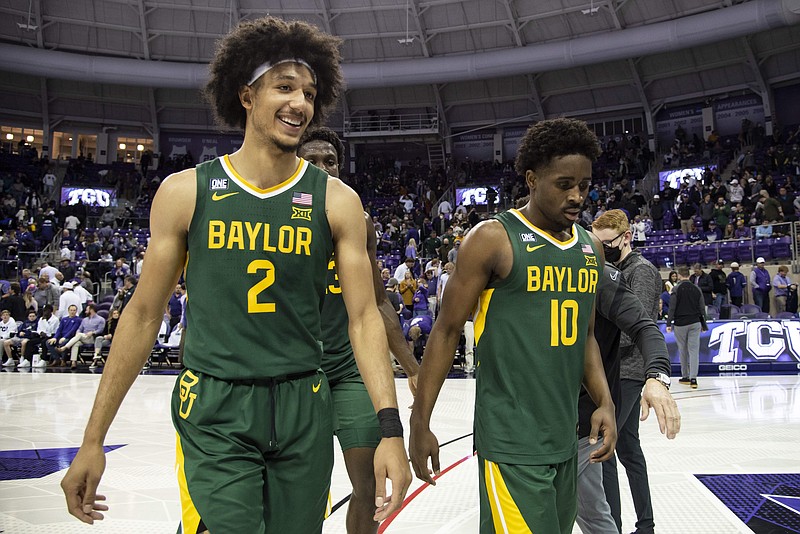 Reigning national champion Baylor isn't showing any sign of loosening its grip on No. 1.

The Bears remained the unanimous No. 1 in The Associated Press men's college basketball poll for the fourth time in five weeks. That came after Baylor (15-0) beat Oklahoma and TCU last week to push its winning streak to 21 games dating to last year's title run in the Indianapolis bubble.

They trailed by nine early in the second half of Saturday's win at TCU, but ended up winning by double figures for the 12th time this year.

"I think when you're a No. 1 team, everybody is going to look at you in situations like this," point guard James Akinjo said. "They want to see how you respond."

So far, it's been good enough to stay in place at the top.

No. 2 Gonzaga and No. 3 UCLA each climbed two spots after losses by Duke and Purdue, while Auburn and Southern California were new additions to the top five.

For the Tigers, they jumped five spots after beating South Carolina and Florida to push their winning streak to 11 games. Then there were the Trojans, who climbed two spots to their highest ranking since last reaching No. 5 in December 1974 after beating California on Thursday.

Arizona, Purdue, Duke, Kansas and Michigan State rounded out a reshuffled group of the same top-10 teams from last week.

No. 13 Wisconsin had the biggest jump in this week's poll, leaping 10 spots after upsetting the then-No. 3 Boilermakers along with beating Iowa and Maryland in Big Ten play. The Purdue and Maryland wins were on the road.

"For me, knock on wood, this group has been terrific," Badgers Coach Greg Gard said after the Iowa win. "I can't even get mad at them. They just give me everything they've got dang near every day. They haven't had a bad day -- maybe a snippet of a bad day, but they quickly corrected it."

No. 12 LSU was the other big riser, climbing nine spots after wins against ranked Kentucky and Tennessee teams.

No. 24 Alabama had the biggest fall, sliding nine spots after losing to Missouri, which was 6-7 entering the game. No. 21 Texas and No. 23 Providence each fell seven spots as the week's other big tumblers.

In all, 10 teams fell in the poll, including Duke falling six spots after losing at home to Miami on Saturday night in their second game back from a covid-19 outbreak.

Baylor and Michigan State were the week's only teams to hold their position from last week.

Illinois re-entered the poll at No. 25 after opening the season at No. 11 but falling out before the end of November.

Colorado State (No. 20) fell out of the poll to make room for Illinois after its 30-point loss at San Diego State on Saturday, marking its first loss this season.

The Big 12, Big Ten and SEC each had five ranked teams, followed by the Big East with four and the Pac-12 with three -- all coming in the top six.

The Atlantic Coast, American Athletic and West Coast conferences each had one ranked team. 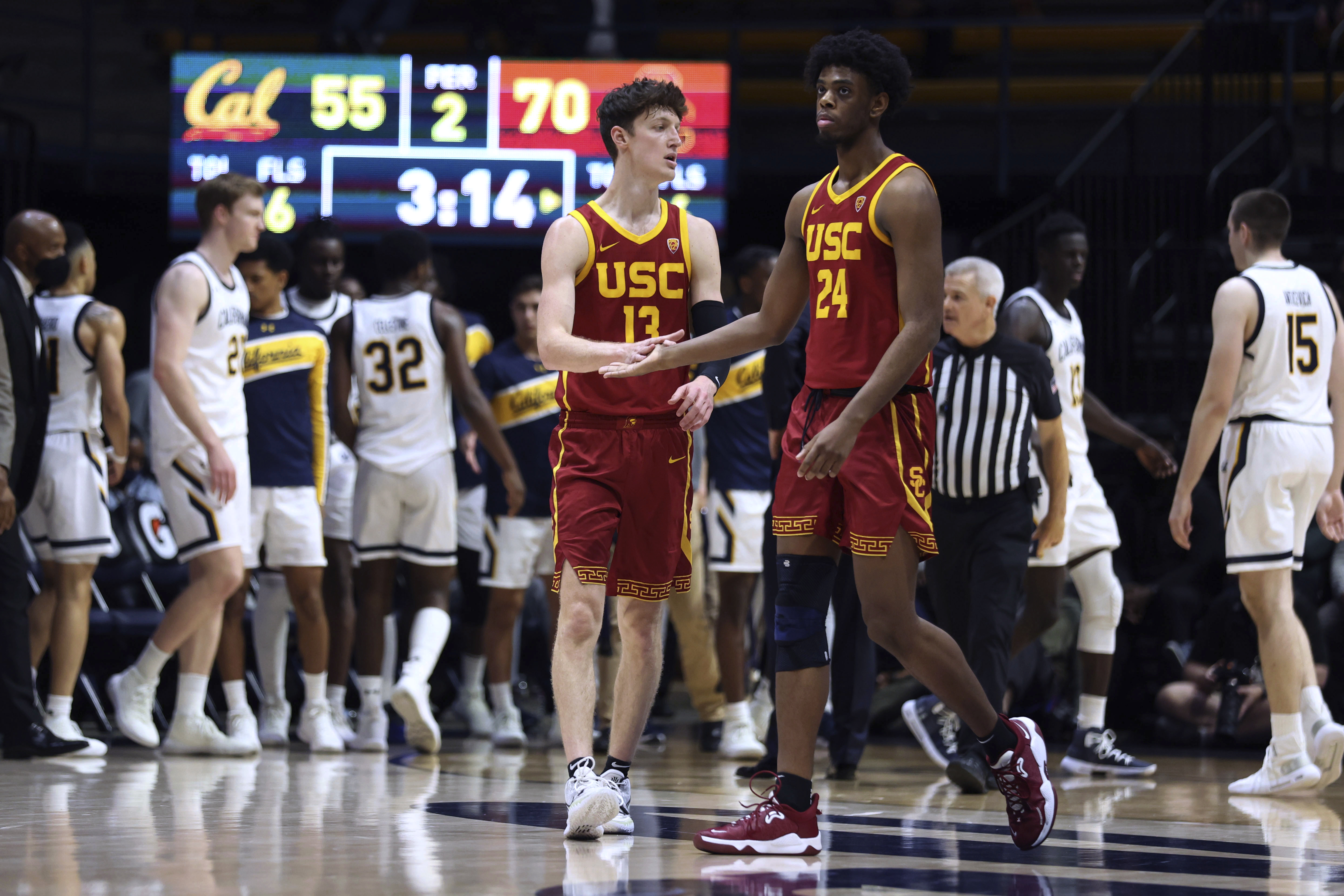 Southern California guard Drew Peterson (13) is congratulated by Joshua Morgan (24) after a timeout during the second half of the team's NCAA college basketball game against California in Berkeley, Calif., Thursday, Jan. 6, 2022. (AP Photo/Jed Jacobsohn) 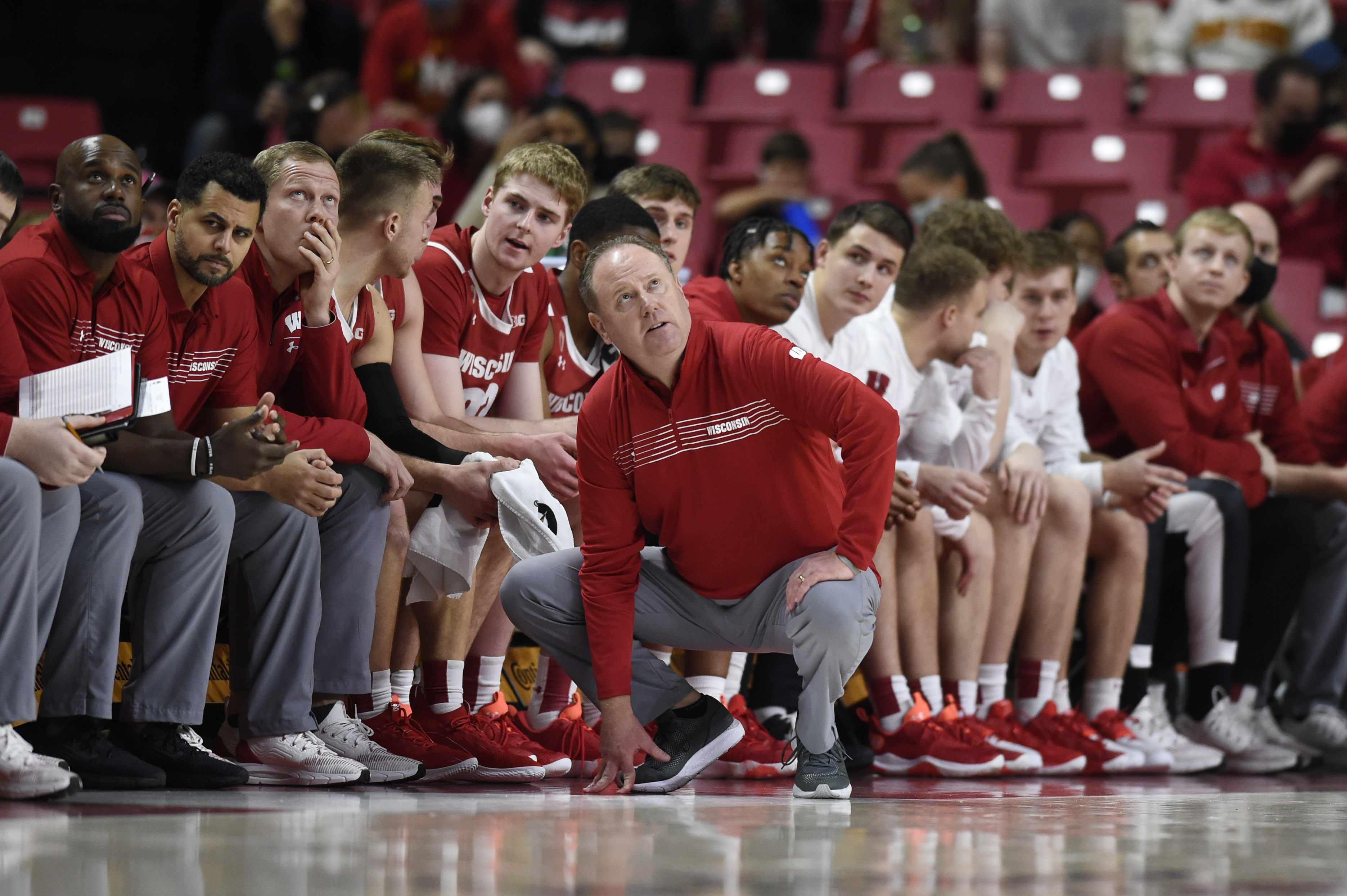 Wisconsin head coach Greg Gard, center, looks at the scoreboard as Maryland takes the lead in the second half of an NCAA college basketball game on Sunday, Jan. 9, 2022, in College Park, Md. (AP Photo/Gail Burton) 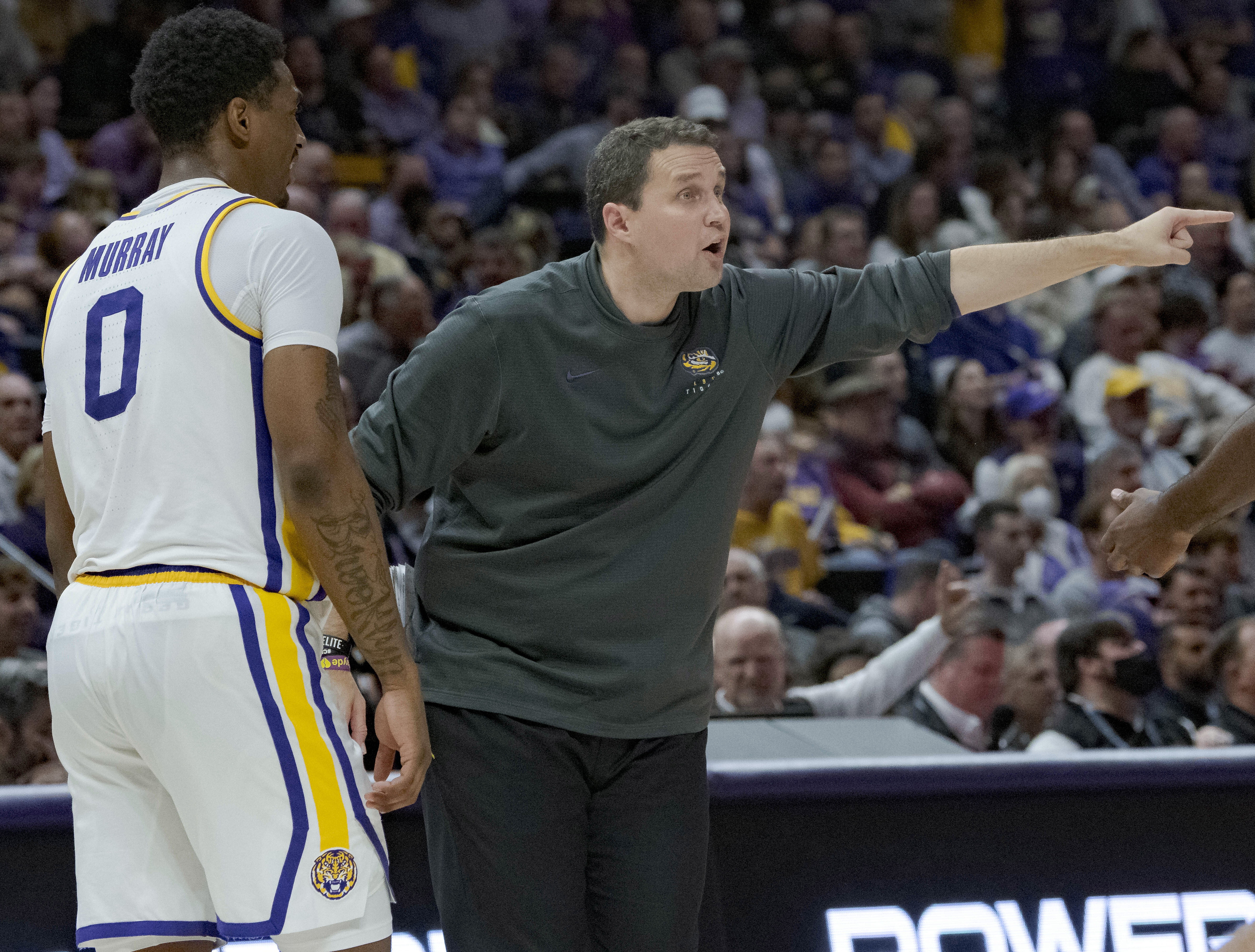