City of Magnolia has house, property for sale 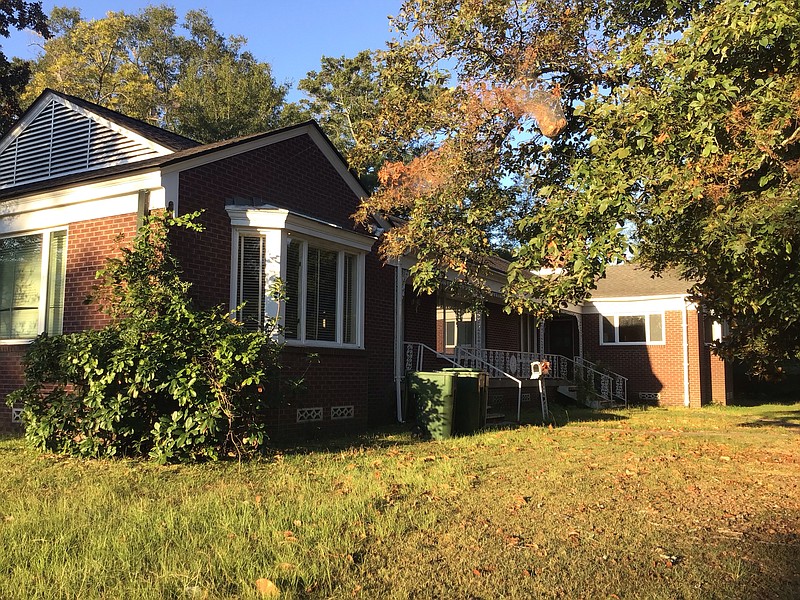 The city of Magnolia is not going into the real estate business, but it does have a house for sale on North Washington Street.

"I will reach out to Rex and let him know that they will give that property back to the city, and that we intend to sell that property. It was paid for by tax dollars and the title probably says regional medical center," said Magnolia Mayor Parnell Vann, who was referring to Magnolia Regional Medical Center's CEO Rex Jones.

The house, located at 833 North Washington, was once owned by late W.C. Blewster and later used as a home health facility. Laura and Steve Crowell submitted a bid to the city to purchase and renovate it into a business office.

Because Steve Crowell is a member of the Magnolia City Council and the public didn't even know the property was up for sale, city officials agreed it would be in their best interest to solicit bids from others who may be interested in purchasing the property.

At Monday's City Council meeting, where Crowell was not present, Alderman Jamie Waller said the proposal submitted by the Crowells was a good one and their plans would be a great fit for the city.

"Legally we can accept their offer. But I feel with Steve being a council member, we need to make sure we are all covered. It might be worthwhile to put this (property) out to the public for sale. Again, I think they have a great plan," stated Waller.

The councilman also said he didn't think it was a good idea to put out the Crowell's proposed bid if the city was going to accept other offers, adding it would be a disadvantage to them.

Before voting 7-0 to open the bidding process on the property to the public, council members spent several minutes answering questions and coming up with stipulations. They also were provided legal advice from City Attorney Mike Boyd.

After the discussions, it was agreed to put a "for sale" sign on the property and publicize it through mainstream and social media. Bidders have until Oct. 18 to get their proposals in and must include a plan detailing exactly what they're going to do with the property and an estimated cost of the their project.

It was noted that the highest bid does not have to accepted by the city, but that the council could do what it thinks is best for the city.

"There's nothing keeping you all from accepting a lesser offer if it's a better fit for the city," said Boyd.

Councilman Steve Nipper said he had talked with Jones and it was his impression that the hospital was still using the property for storage.

"I know it's not technically his building. It's the city's building. I don't think anyone knew it was for sale," stated Nipper. "I think the pubic should have a chance to review and make a bid on it."

According to Boyd, there are no requirements for the city to take sealed bids, unsealed bids or open bids.

"What we've found so far is that most of times anything over $20,000 would require competitive bidding. But as far as we can find, no to the respect of real property. That means it up to you (council) to decide the how, the who and how much," said Boyd.

The attorney said as long as the council is using the same set of rules for everyone and treating everyone the same, it should be alright. He also noted the council wasn't required to seek another appraisal of the property.

"Again, by and large, you are in charge of the selling of the house as long as you treat all the bidders the same," he mentioned.

Waller again said he like the proposed plan that's been submitted, but "We need to add that extra layer and maintain the trust of constituents. I just think that's important and we don't want to erode trust."

All bidders will also have to provide a time fame for the start and finish of their project. Also, any pre-approval letters from banks must have an estimated closing date within 45 days.

"You just can't go in there, buy the property and leave it there dilapidated," mentioned Waller.

City Inspector David Nelson said all proposed projects have to fall within the zoning guidelines of the city.

The mayor said the City Inspector will have the keys to the property and any citizen wanting to look at it can contact him for a walk through or whatever.

"With the Oct. 18 deadline, that will give the public a good three plus weeks to look at the property," said Vann.

The City Council will receive all submitted information and will address the selling of the property at its Oct. 25 meeting.

Print Headline: City of Magnolia has house, property for sale