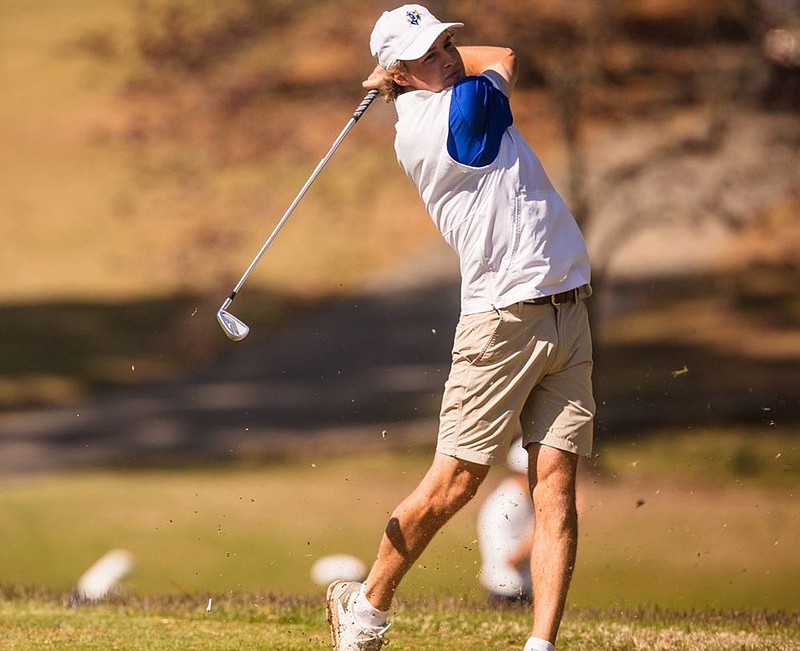 Timmerman's 73 on Tuesday placed him a -3 for the tournament as his final round scorecard included three birdies and 11 pars. He birdied the par-4 No. 14 and finished the round with four straight pars to lock in the top ten finish.

Sophomore Caleb Miller logged a top 20 showing as he finished tied for 18th after shooting one over par on Tuesday. On the front nine, he birdied a pair of holes to help offset three bogeys, but over the course of the final seven holes he notched two more birdies and made par on the rest to finish at +2 for the tournament.

Senior Garrett Davis recorded a pair of birdies and made par on nine holes as he shot +5 in the final round. Davis landed in the top 50 of the competitive field as he finished tied for 42nd at +7.

Sophomore Connor Harrington matched Davis and finished Tuesday with a third-round score of 76. He shot par on his first seven holes, encountered some trouble over the next six, despite notching a birdie on the par-5 No. 9, before finishing strong with five pars to close out the round.

The Muleriders led the entire field in par-5 scoring at -23, notched 157 pars, and collected the fifth-most birdies in the field with 48 and a tournament-best three eagles. SAU placed seven strokes up on host Northeastern State and was ten strokes better than league foe No. 13 Henderson State. SAU topped three other opponents that were receiving votes in the latest Bushnell/Golfweek Division II Coaches' Poll: Southwestern Oklahoma State, Missouri Western and Central Oklahoma.

Garrett, along with two other golfers, led the field in par-5 scoring at -7, Timmerman followed at -6 and Miller shot -5. Timmerman led the team with 35 pars, Miller paced with a dozen birdies and Garrett recorded two of the squad's three eagles.

Southern Arkansas returns to action next Monday and Tuesday for the Missouri Southern Fall Invitational in Monkey Island, Oklahoma.