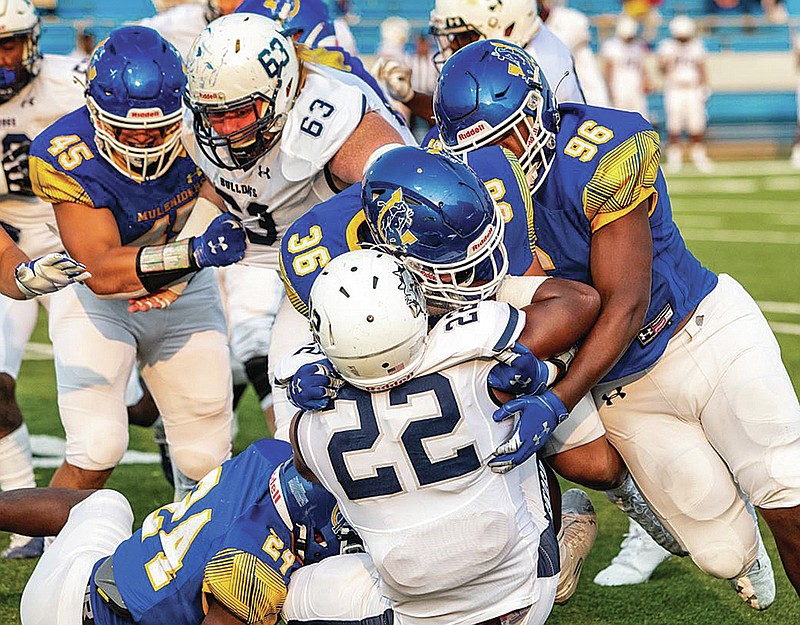 A second-straight weekend at home for Southern Arkansas comes with an early season clash as the Muleriders play host to their first in-state. Kickoff against the Harding Bisons at Wilkins Stadium is scheduled for 6 p.m.

The Muleriders (2-0) have won 22 of their 24 home games with the two losses coming at the hands of Harding. The bring the nation's second-best rushing attack through two weeks to Magnolia averaging 349.0 yards per game on the ground.

Freshman Jariq Scales leads the Great American Conference in rushing yards and rushing yards per game. Scales' 268 total rushing yards ranks eighth in the country, while his per game average of 134 ranks tenth.

The Mulerider defensive unit boasts five players with eight or more tackles this season and ranks fifth nationally in sacks per game with six.

The last time these two teams met it was one-sided as the Bisons added 21 points to 10-0 halftime lead to end SAU's Division II-best 17-game home winning streak that dated back to the 2015 season. The Muleriders' historic streak started following a loss to the Bisons that season.

Multiple lightning delays on Saturday pushed what was scheduled to be an ESPN3 broadcast of the NCAA's DII Football Showcase in 2018 to Sunday. The next day, the Muleriders overcame a slow start, used an impressive third quarter and turned a forced fumble into six points as Southern Arkansas beat the Bisons in Searcy for the first time since 2003.