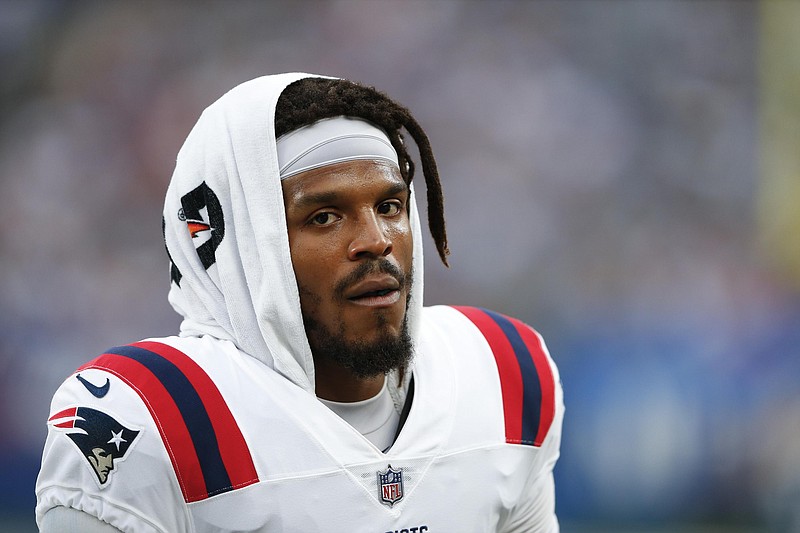 The Patriots released Cam Newton on Tuesday, clearing the way for the rookie to open the season as New England's quarterback.

Newton's release came hours before NFL teams had to reduce their rosters to 53 players and brings an abrupt end to his time in New England. Newton went 7-8 as the starter in the Patriots' first season since Tom Brady departed and signed with Tampa Bay. New England finished 7-9 for the year.

"I really appreciate all the love and support during this time, but I must say please don't feel sorry for me!! #imGOOD," Newton posted on Instagram Tuesday.

Running back James White said Newton's departure is example of players never knowing what to expect when roster cuts are made.

"Cam did his best job for us and competed extremely hard. ... He's a good football player," White said. "I hope he gets another opportunity to land on his feet."

Newton started each of New England's three preseason games, but he also missed five days of practice leading into Sunday's exhibition finale against the New York Giants after a "misunderstanding" of NFL COVID-19 protocols. Newton attended an out-of-town doctor's appointment, and because he is unvaccinated, he had to stay away from the team for five days.

Newton tested positive for COVID-19 last season, forcing him to miss a game. The prospect of him being unavailable again because he hasn't been vaccinated may have played a role in the Patriots' decision.

Meanwhile, Jones was impressive throughout training camp, displaying an ability to lead the offense down the field and bounce back from mistakes. It helped him earn the respect of the coaching staff and veteran players.

"He's accepted the challenge and he's trying to push us, speaking up in the huddle," White said. "He's been building that confidence more and more. You just started believing him."

Jones won a national title last year at Alabama under Nick Saban, a longtime friend and former colleague of Patriots coach Bill Belichick. Jones has noted the similarities between the two coaches and said it's helped him integrate into the Patriots' culture.

Fellow Alabama alum and linebacker Dont'a Hightower said last week that Jones' work ethic has stood out in the locker room. He also noted how he recently heard the rookie had been looking at the Patriots' defensive plays to help him conceptualize how opposing defenses might attack.

"I give him credit for that because not a lot of young guys would see that as an opportunity and he did that on his own," Hightower said.

Belichick acknowledged at the time that Newton's COVID-19 protocols absence provided an opportunity for Jones. The rookie seized it, performing well during the first of two joint practices with the Giants.

"I'm going to be ready whenever my time comes up," Jones said after Sunday's 22-20 win over New York. "We got work to do and we'll get the things fixed and then we'll just keep rolling."

When he was drafted in April, Jones became the first quarterback selected in the first round during Belichick's time in New England.

The Patriots' move means this could mark the second time since the NFL-AFL merger that more than two rookie quarterbacks started opening games.

Trevor Lawrence already has been named the starter in Jacksonville; Zach Wilson is projected to start for the Jets; and Jones is set for New England's opener against Miami on Sept. 12.

"I've learned at a young age to just prepare like the starter," Jones said Sunday. "You don't have to be the starter, but you have to prepare and get into your routine."