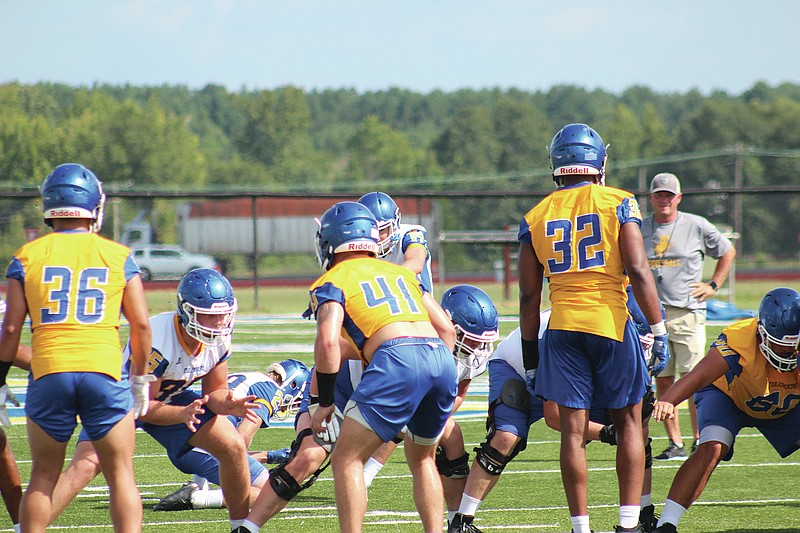 The Mike McCarty Era begins for the Southern Arkansas Muleriders tonight in Alva, Okla., as they make their longest trip of the regular season for the opener against the Rangers.

Defensively, all-region selection Brock Floyd provides stability in the secondary and leadership for the entire unit. Sophomores Del Kristoffer Wade and Onyei Orupabo add experience on the back end. Up front, veterans Demoni Boyd and Deno Rogers help anchor the front seven that will look to benefit from the play of redshirt freshmen David Walker (DL) and Gavin Roe (LB) after ranking third in the GAC in total defense and fourth in scoring defense in 2019.

Northwestern Oklahoma, voted preseason No. 9 in the GAC, is coming off a 4-7 campaign in 2019 under current HC Matt Walter . The Rangers return one All-GAC performer from 2019: senior offensive lineman Sunday Deng.

SAU has 73 freshmen and redshirt freshmen on the 2021 roster which nearly doubles the combined number of sophomores, juniors and seniors.