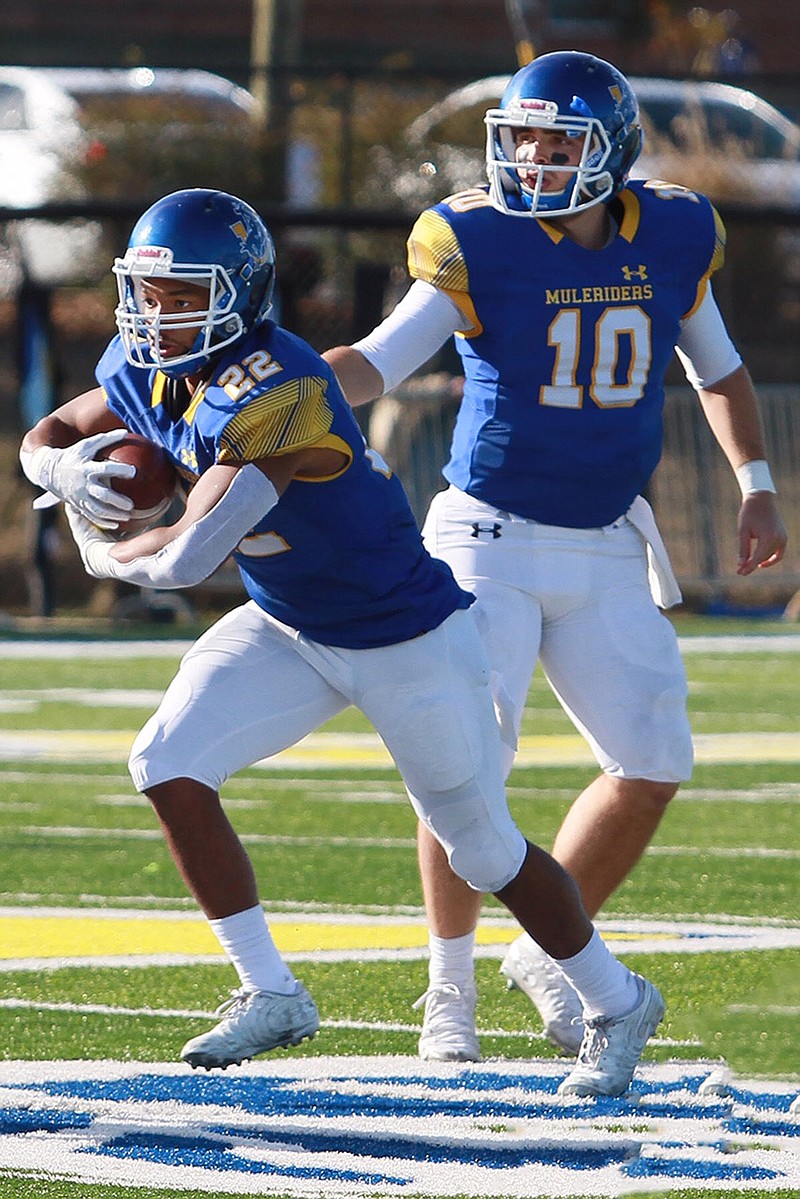 "For some reason, we came out a little flat. They were in a new defense we haven't seen before," said SAU head coach Mike McCarty, whose team snapped a four-game losing streak. "We had to adjust to what they were doing and I thought we did that."

The Muleriders (3-4, 3-4 GAC) fell behind 14-0 after twice being denied on a fourth-and-1 situation. From there, they reeled off 31 unanswered points.

"We had settle in a little bit. We adjusted and moved on. I was proud of the way we played," said McCarty.

The Muleriders had 379 yards of total offense, with running back Jariq Scales picking up 245 of them on 23 carries.

Arkansas Tech took the opening drive 75 yards in 13 plays to go up 7-0 on a 2-yard run by Caleb Batie. Jesus Zizumbo added the PAT three minutes into the game.

SAU again was unsuccessful on fourth down, but was in control the rest of the afternoon.

Defensive back Brock Floyd scooped up a Wonder Boy fumble and returned it 60 yards for a score. Austin Wilkerson's PAT made it 14-7.

Wilkerson's 38-yard field goal early in the third period put the Muleriders up 17-14 with 13:07 on the clock. Following a block punt, Trent Franklin returned the ball 37 yard for a touchdown, making it 24-14 with 11:12 left in the third.

The two teams traded field goals in the final period.

"The defense played one of its best games of the season," said McCarty.

SAU will head to Arkadelphis this week to battle Ouachita Baptist.