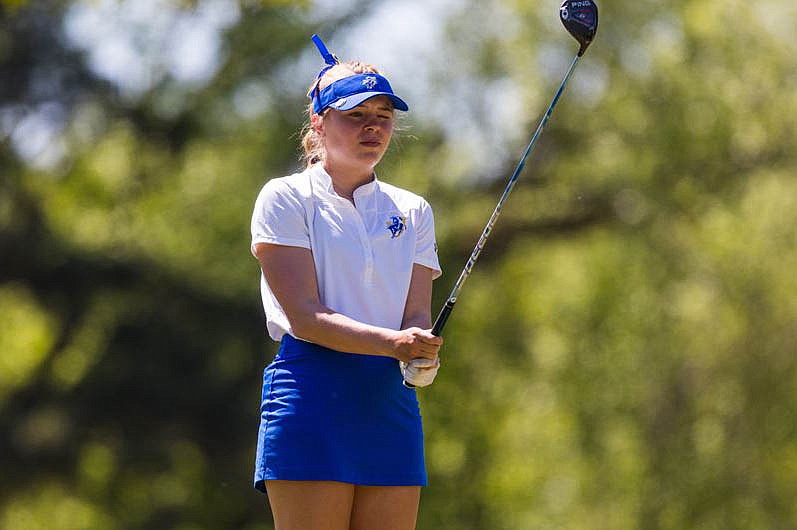 Junior Mackenzy Turner posted a pair of rounds under 80 to claim a top 40 finish individually and the Southern Arkansas Women's Golf team posted its third and fourth rounds this season at 330 or better to cap its performance at the recent Central Region Preview held at the Hot Springs Country Club.

SAU placed 16th out of 19 and as a team made 79 pars and nine birdies, while sophomore Taylor Rich was one of four players to record an eagle at the tournament.

The SAU women golfers prepare for their final action of the fall as the Tulsa Cup hosted by Rogers State awaits the squad on Monday, October 25 and Tuesday, October 26.

On the first day of the Central Region Preview, Turner shot a 77 and added just a single stroke the following day despite experiencing windy conditions.

She finished tied for 36th place. For the tournament, she led the team with 20 pars and three birdies and was +2 in par-3 scoring.

True freshman Aurea Carlisle shot 78-80 in her two rounds of action to finish in the top 50 at tied for 47th.

Carlisle finished at +4 in par-3 scoring and led the team on par-5 holes as she posted +2.

She recorded the second-most pars made at 18 and added two birdies.

Classmate Cadence Underwood was six strokes back after posting rounds of 81-83.

She connected on 17 pars and notched a single birdie and matched Carlisle's effort on par-3 scoring at +4.

Rich finished her tournament at 175, while sophomore Corynn McKinnie shot 178 over two rounds.

The latter recorded a pair of birdies, while Rich birded once and scored the aforementioned eagle on the par-5 No. 1 during Sunday's opening round.