Magnolia's Garland apparently will play at Maumelle this season 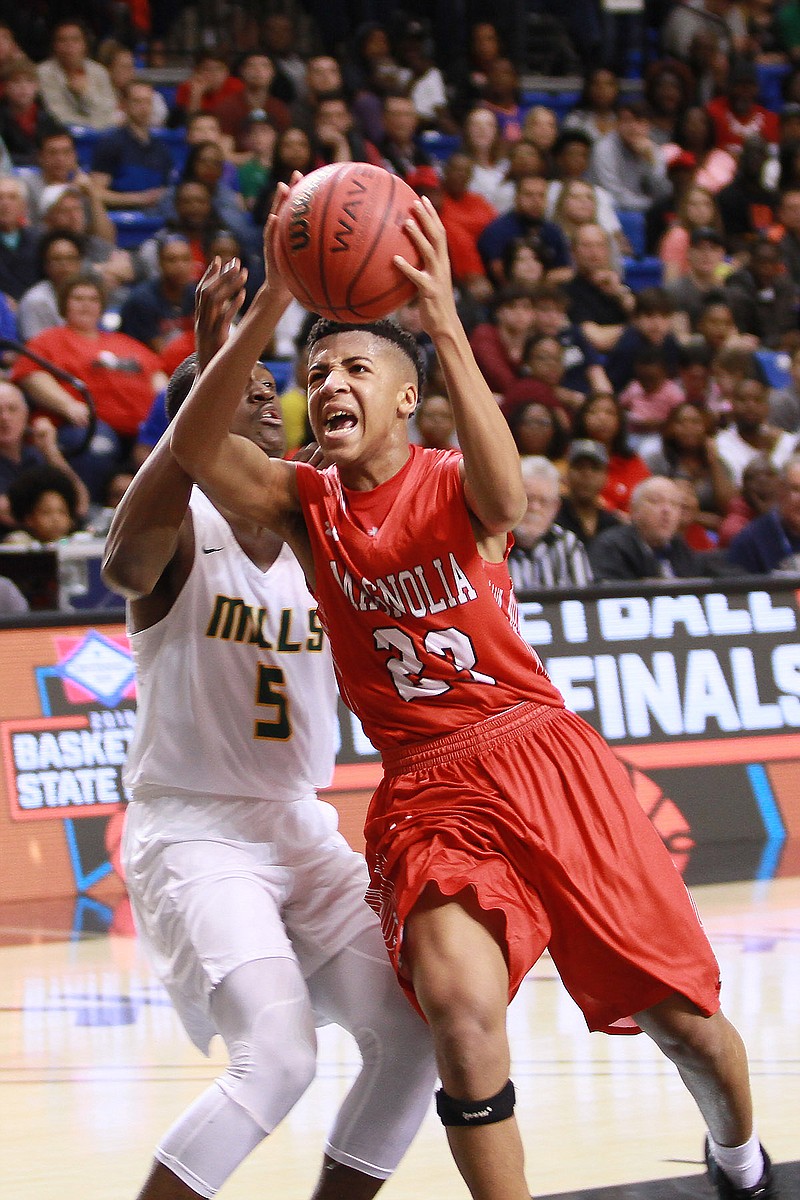 According to an Oct. 3 social media post by Nick Wenger Designs, "Garland is moving to Maumelle for his senior season. The Hornets' backcourt is scary good and have a legitimate chance at a Class 5A state championship. Garland was a crucial part of Magnolia's dominating success in Class 4A. Since his freshman year, Magnolia is 71-5."

Rumors started circulating last month that Garland would be transferring to the central Arkansas area because of his father's employment. As of Sept. 24, he was still a member of the Magnolia football team, playing both as a receiver and defensive back. In a game at Arkansas High, his big kickoff return on special teams helped the Panthers roll over the Razorbacks.

However, when the Panthers hosted Hot Springs Lakeside last Friday night, Garland wasn't on the team.

In 2019, the Panthers claimed their first state basketball title in nearly 20 years when two freshmen (Garland and Arkansas commit Derrian Ford) led them to a thrilling victory over Little Rock Mills. The two teams were scheduled to meet again in a rematch title game in Hot Springs the following year, but the contest was canceled due to COVID. Both teams were crowned state champions.

Last season, seeking their third consecutive Class 4A state basketball title, the Panthers lost to Morrilton in the semifinals.

Also on social media, Garland's grandmother posted, "Praying God's blessings on my grandson wherever he goes; also praying for a great season for my MHS Panthers!"

As for eligibility, AAA Deputy Executive Director Joey Walters responded in an email that "If the parents make a move (change domicles), the student could be eligible.

Responding to a question about whether an athlete has to be enrolled in a district before that sports season begins, Walters said, "No."