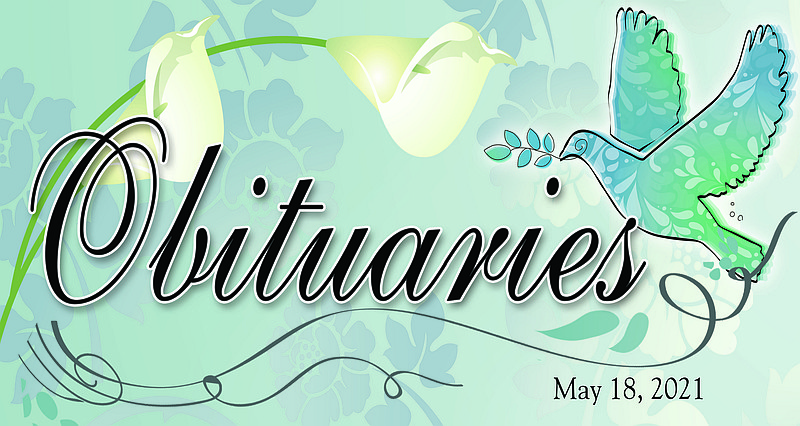 Mary Elizabeth Warnock Harsh passed away in her home on May 13, 2021 surrounded by her family and a host of beautiful flowers.

Mary was a native and lifetime Magnolian born January 28, 1922 to the late Nina Grayson Warnock and Robert Samuel Warnock, Jr.

She graduated from Magnolia High School in 1939 and attended Stephens College in Columbia, MO before graduating in 1943 from the University of Arkansas where she was a member of Pi Beta Phi sorority.

For all of her adult life she gave generously of her time and talents to benefit others. She was a member of the Jackson Street Church of Christ since 1933.

In 1951, she and her mother helped charter Chapter AN of the P.E.O. Sisterhood. She remained a dedicated member for 70 years, serving the chapter as an active committee member and as president.

In December 1946, she became a charter member of Magnolia Junior Charity League and served as its first president. She was a dedicated Girl Scout volunteer and on the Conifer Council Board. She supported public education through her leadership in the local PTA and as its president. She was a member of the Order of Eastern Star. As a Verbie Graney Center board member, Mary advocated for special needs young people in Columbia County.

Mary was elected to three 3-year terms on the Southern Arkansas University Foundation, Inc. Board of Governors and received the Mulerider Award, the University’s highest recognition for philanthropic giving.

During John’s tenure as mayor from 1957 to 1966, she was Magnolia’s First Lady. More recently she served on the Columbia County Courthouse Restoration Committee and became a charter member of Columbia County Community Foundation.

She served on the board of Magnolia Bank Corporation, as a Director of Columbia Land and Timber Co., and as president of Farmer’s Real Estate Company.

When not working on community or business projects, Mary traveled the world with friends and family. She was an avid, lifetime reader, preferably historical, and enjoyed playing bridge with her girlfriends, both socially and competitively. For the last several years, she usually had a jigsaw puzzle in progress in her den.

Mary relished new experiences and over the years learned to decoupage, knit, crochet, cross stitch, needlepoint and crewel embroider. She loved to create and found useful purpose in all she did. Although she was a dedicated sender of greeting cards, she embraced technology so that she could email and text her friends and family. She loved receiving e-messages, especially pictures of her grandchildren and great-grandchildren.

Dedicated to both learning and gardening, she became a Master Gardner. She enjoyed her roses but found even more joy in sharing them. When she heard of an upcoming event, she began saving roses to share before anyone asked. She favored daffodils and tulips outside and African violets, holiday cactus, and orchids indoors. She enjoyed feeding the birds in her backyard and sharing their activities with visitors.

Early on, Mary chose service to others as her lifelong commitment. In 2000 the Magnolia-Columbia County Chamber of Commerce named her Citizen of the Year and in 2018 honored her with the Lifetime Achievement Award. Mary exemplified the adage that from those to whom much is given, much is expected. She lived the principle of philanthropy: the use of private resources for the public good.

Mary delighted in many things, but she was devoted to her family: her three daughters, seven granddaughters, two grandsons, eleven great-grandchildren, and their spouses. In addition to her parents, she was predeceased by her husband, John W. Harsh, her little dog “Bella,” cherished cousins, and many lifelong friends.

Mary’s family would like to extend its gratitude to Sherry Cooper, Marchele Warren, and Life Touch Hospice (especially Steve and Ashley).

Under the direction of Lewis Funeral Home, Inc., a private graveside service was held Saturday, May 15.

She was born on April 3, 1940 in Magnolia to the late John Thomas Paschal and Edna Cochran Paschal Wilson. She was an active member of First Baptist Church where she was instrumental in starting the Joy of Living Bible Study. She taught the Bible Study Fellowship for many years and taught Sunday School to children for over 50 years and loved singing the First Baptist Church Choir.

The family would like to thank Life Touch Hospice and her special caregivers and best friend, Connie Rodgers, Karen Fish, Terri Fowler, Jody Millican, and Nettie Malone for the care and compassion shown to our family.

Funeral service will be held at 11 a.m. on Wednesday, May 19, 2021 at Lewis Funeral Home Chapel with Bro. Dustin Wisely officiating with a private burial to follow at Memorial Park Cemetery under the direction of Lewis Funeral Home, Inc. in Magnolia.

She was born in Magnolia, AR and graduated from Southern State College (now SAU).

She was preceded in death by her parents, Emory Nathan Atkinson, Jr. and Mona Faye (Williamson) Atkinson, and her son, Matthew Aaron Purdy.

A private family burial will be held at a future date.