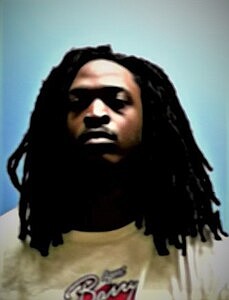 Plans have been made for Odies Wilson, 21, to be tried on January 10, 2022, in relation to the shooting death of Joshua Smith in the Reynolds parking lot of the Southern Arkansas University Campus in August 2020.

Wilson is one of four men accused of shooting Smith and another passenger in a marijuana drug deal gone wrong, according to a police affidavit. The other suspects are Shaivonn Robinson, 19, LeKamerin Tolbert, 20, and Quincy Lewis, 19.

While Wilson’s case was the first to see a confirmed jury trial date, he was the third person connected to the case to see Judge David Talley on May 6.

Robinson was the first suspect to be seen by the court. He appeared before the judge in an orange jumpsuit with shackled legs. One strap on his medical mask was broken, requiring the defendant to hold his mask up with his bound hands.

Attorney Katherine Streett, who is listed on the docket as representing Robinson, was not present. Her co-council, Lott Rolfe, stated that he would like to wait for Streett before continuing on with hearings for their client. The attorney stated that he did not anticipate that the state would try the four suspects together and that he doubted Robinson would be the first to be tried on the matter.

Robinson’s case was continued to August 5, with an excluded period so that the continuation doesn’t count against his right to a speedy trial.

Tolbert was seen after Robinson. He appeared in the same style, but with a functional mask.

His time before the court was short, only lasting about five minutes. His attorney, Robby Golden, stated that there are, “ongoing negotiations with the State that may improve his client’s position in this case.”

Golden stated that he would be having an in-person meeting with Tolbert in the following week and requested a continuance in his client’s case. Prosecutors did not argue with this request and it was passed by Judge Talley to June 3 with an excluded period.

Wilson was seen about an hour after Tolbert. His lawyer, Ron Davis Jr., had just finished representing Kobe Liecheman, who is one of three people accused of killing a minor at the Preston apartments in Magnolia.

Davis told Talley that his main concern was over the death penalty, which the prosecution did not want to waive in his client’s case. Davis said that his client would need a pre-trial hearing to go over the Constitutional challenges to the death penalty that Wilson could face if he is convicted, expecting those to take at least half a day.

Davis also asked prosecutors if they had a plea offer to give his client and if that offer would protect his client from receiving the death penalty. Prosecuting Attorney Ryan Phillips stated that they are currently working on such an offer and would extend it to the defense in writing by July 1.

Phillips told Talley and Davis that he expected Wilson to be the first of the defendants to be tried for the shooting and asked if Davis was comfortable with the information that the State had provided in its discovery. Davis stated that he received plenty of information from Phillips’ office and Phillips stated that his office has an open file policy should the defense need additional information on the evidence and case they plan to present against Wilson.

Nearing the end of Wilson’s hearing, a trial date was set for January 10 - 24, 2022, with a break on January 17 in recognition of Dr. Martin Luther King Jr. Day. Talley initially suggested a trial in September; however, Davis said he was unable to make that date, as he was involved in another case that would be going to trial then.

Davis requested the January 2022 trial dates, and both prosecutors and Talley agreed.

Before Wilson’s hearing ended, Davis told the judge that his client suffers from debilitating migraines and that in the past, Wilson had a prescription for them, but has not been able to take such a prescription while had been incarcerated in the county jail. He asked the judge if it was possible for Wilson to be seen by a specialist, even if it meant that his family would have to pay for the visit.

“I have no problems with that,” said Judge Talley. “You will have to work with the Sheriff’s Office on that, but I see no issue with it.”

After Wilson was returned to the jail, the fourth and final suspect in Smith’s shooting, Quincy Lewis, was brought to the courtroom. His attorney was not present and Talley passed his next hearing to June 3.