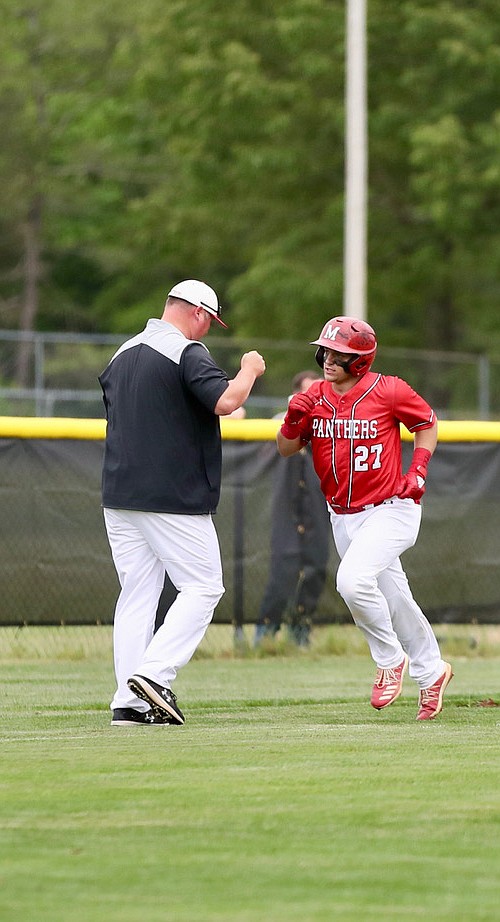 NASHVILLE - Magnolia enjoyed a good day at the plate as it pounded top-seed Bauxite 11-1 in the semifinals of the Class 4A South Region Baseball Tournament at Malvern Friday afternoon.

The second-seed Panthers (18-5) are in today’s championship game that begins at 2:30 p.m. The winner will be the South’s top seed in next week Class 4A State Tournament at Morrilton.

Pitcher Tanner Nielsen went the seven-inning distant on the mound, giving up only five hits and allowing one unearned run.

Bobby Beeson’s Panthers opened up a 2-0 lead in the first inning against the Miners and never looked back. Eli Fields led off with a double and Dalen Blanchard had a two-run shot to provide the runs. Zander Taylor singled in the inning, but no other runners crossed the plate.

The Panthers loaded the bases in the second, but wasn’t able to add to the run count.

In the fourth, Nielsen had a RBI single to make it 3-1 and Hunter Buford followed with a RBI shot to push the margin to 4-1.

Magnolia’s big inning came in the seventh when it scored six runs on just two hits.