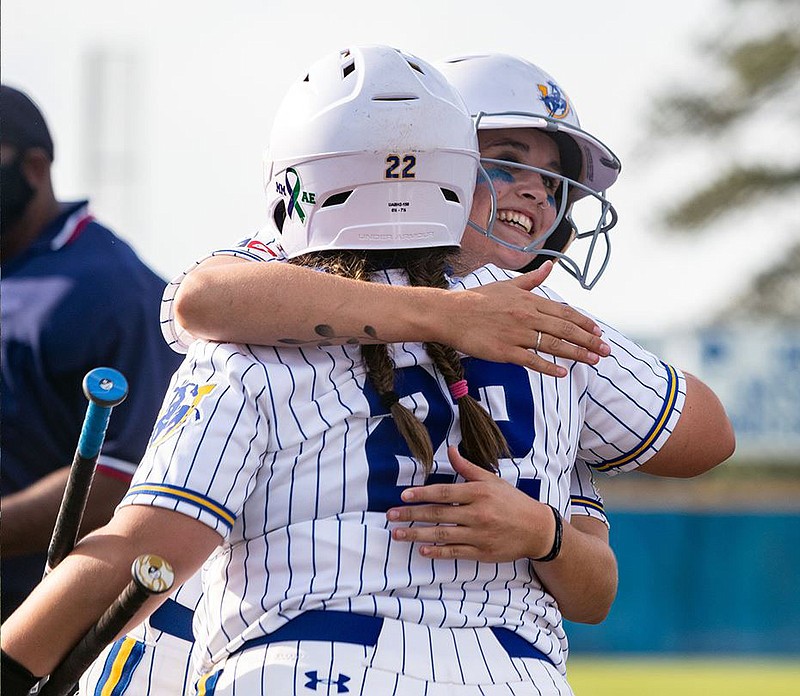 The SAU Lady Muleriders will play their final games at Dawson Field this season when they host Northwestern Oklahoma in a three-game conference series today and Saturday.

Otts, who has started the past 203 games in a row for the Muleriders at third base, will go down in the record books as one of the best hitters to don a Mulerider uniform. A 2018 All-American, she ranks third in program history in homeruns (40), RBIs (171), games started (213) and runs scored (147), and she is also only one of five players to reach 200 career hits.

In their combined nine season as Lady Muleriders, Grace and Hinojosa saw action in 162 total games.

Wader, a transfer from Louisana-Monroe, made an impact immediately for the Muleriders, winning the conference’s pitcher of the year award in 2019. The Vilonia native is currently the school’s career leader for lowest ERA, with a 1.45 ERA. Opponents only hit .206 against the towering righty, third-best in program history. Her 41 wins are fourth in program history; she also ranks in the top ten in shutouts, complete games, innings pitched and strikeouts.

Wader’s fellow starter inside the circle, Taylor, will leave Magnolia as the greatest pitcher to wear the blue and gold, as well as arguably one of, if not the, greatest pitcher in the conference’s history. The GAC’s all-time wins leader and shutout leader, she is only one of three pitchers to record 700 career strikeouts. Additionally, she has been named pitcher of the week 11 times, the most for a softball player in GAC history, and tied for fifth-most amongst all athletes in the conference’s history.

A bit-part player in her first season, Hill burst onto the scene last season in right field, hitting .324 with a .649 slugging percentage. The highlight of her season was on February 15th, 2019 when she hit for the cycle against Pittsburg State, doing so in only four innings. She capped off the cycle with a grand slam in the fourth inning, giving her eight RBIs in the game, a new school record, and almost matching her season total from 2019 (10). She would be named national player of the week for her efforts. This season, she has started all 27 games, hitting .298 with 18 RBIs.

The southpaw backstop Suesue has started all 110 games behind the plate since she transferred to Magnolia. The Salt Lake City native owns a .384 career batting average, tied for best in program history. She has hit a career-high six homeruns this season, and her .593 career slugging percentage is fifth-best in school history; her .468 on-base percentage is the fourth-best in the program’s history. Impressively, she has walked 51 times in her career, only striking out 32 times.

Favela, the definition of a true two-way player, has dazzled in her three seasons at the plate and inside the circle for the Muleriders. Tied with her teammate Suesue for the best career batting average (.384), the Hawaiian also owns a 2.48 ERA inside the circle with 162 strikeouts in 138.1 innings pitched. In her first two career starts inside the circle, Favela turned in a pair of no-hitters against Northwestern Oklahoma; she would add a third one later in the season against rivals Arkansas-Monticello. Her three no-hitters are the third-most in GAC history, and she became the second player in conference history to be named the conference’s player and pitcher of the week in the same week.

The Lady Muleriders currently hold a 13-game winning streak over the Rangers, with the last Rangers win over the Muleriders coming in 2017.