Governor opens vaccine eligibility to include Arkansans in 1-C 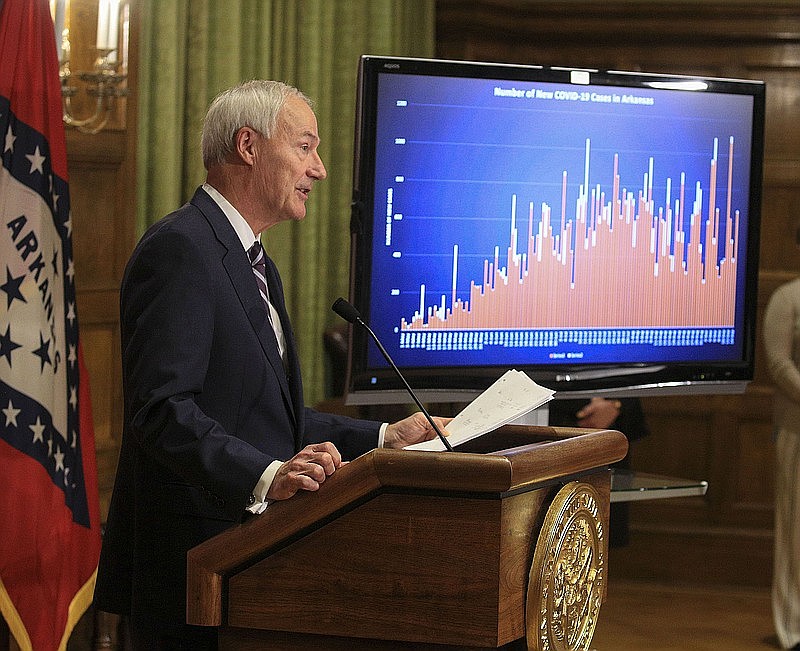 Governor Asa Hutchinson announced Tuesday that vaccine eligibility will expand to include everyone in category 1-C, effective immediately.

Hutchinson said during his weekly covid-19 update that the eligibility expansion is due in part to the White House’s emphasis on making all Americans to be eligible by May 1. The administration has committed to increasing production, Hutchinson said, though the governor reminded Arkansans that vaccines are still limited at this time.

The eligibility now includes Arkansans ages 16 to 64 with health conditions that increase their risk to covid-19, as well as essential workers in areas that include energy, finance, food service, law, and media.

“There has been some slowdown in parts of the state on the demand side, particularly in rural areas, which we have to overcome” Hutchinson said.

As of Tuesday afternoon, 265,115 Arkansans are partially vaccinated and 303,823 or 10% of the state’s population are fully vaccinated, he noted.

Of Arkansans 65 years or older, 55.3% have received at least one dose of the vaccine and 27.2% of the age group are considered fully vaccinated, Hutchinson said.