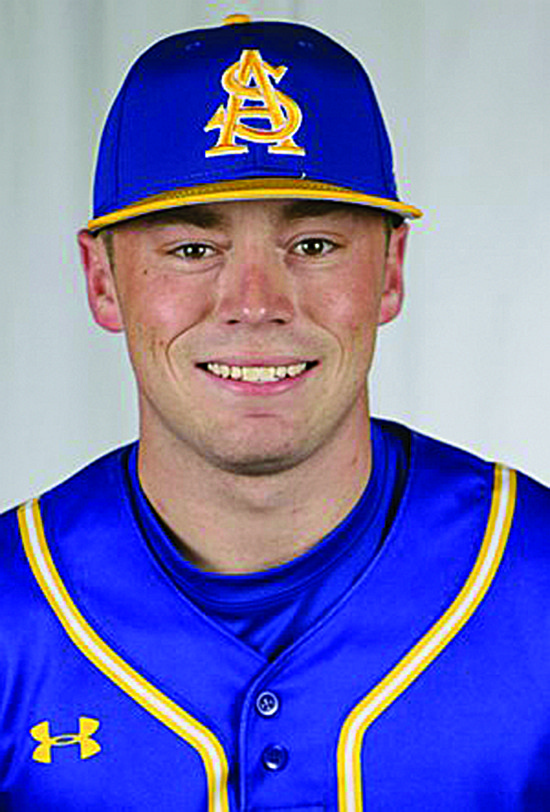 The American Baseball Coaches Association (ABCA) announced its all-region honorees with Southern Arkansas Baseball’s Austin Baker receiving first team honors in the Central Region. Baker is one of 11 players from the Great American Conference to appear on either the Central Region’s first or second team, and is the only player from the state of Arkansas to feature on the first team.

A two-time All-GAC performer with first-team honors in 2021 and now a first-time recipient of ABCA All-Central Region plaudits after claiming NCBWA All-Region honors last week, Baker’s final season as a Mulerider has been as productive as his first three.

Included in his team-leading 71 hits are the aforementioned 19 doubles, three triples and three home runs. He has recorded 24 RBI and totaled the most bases on the team with 105, while his slugging percentage of .587 is the second-best for the Muleriders. Baker owns a team-leading 19 multi-hit games and six multi-RBI games to go along with a 17-game hitting streak and a 28-game reached base streak.

His efforts at the plate and on the base paths this season have pushed the senior to near the top of two of the program’s career statistical categories. In a March 16 win at #17 UT-Tyler, Baker became the 11th Mulerider in program history to eclipse the 200 career hit mark and now has 252 career hits placing him third in program history. His 22 stolen bases this season gives him 87 for his career and places him in sixth place on the all-time list. Baker is one of just two Muleriders to rank in the top ten in both career categories.

An All-GAC Defensive Team member in 2019, Baker has played and started all 46 games for the Muleriders this spring fielding at a clip of 97.3% over 45 starts at second base and one start in right field. Defensively, Baker has fielded 23 double plays and recorded 110 assists.

Baker showed out in his final five games in a Mulerider uniform at the Central Regional in Warrensburg, Missouri. The second baseman went 7-22 from the plate, with three doubles and a team-best five runs scored.

On his career, the Muleriders’ leadoff hitter owns a .347 career batting average, having started all 178 games in his four years in Magnolia. He scored 176 runs and tallied 252 career hits, with 43 doubles, six triples and four homeruns. He drove in 94 runs, and owns a slugging percentage of .439 and an on-base percentage of .423, buoyed by 74 career walks to only 72 career strikeouts.

He stole 87 bases and owns a career fielding percentage of 97.1 percent on 830 attempts.