Indians close to getting new name 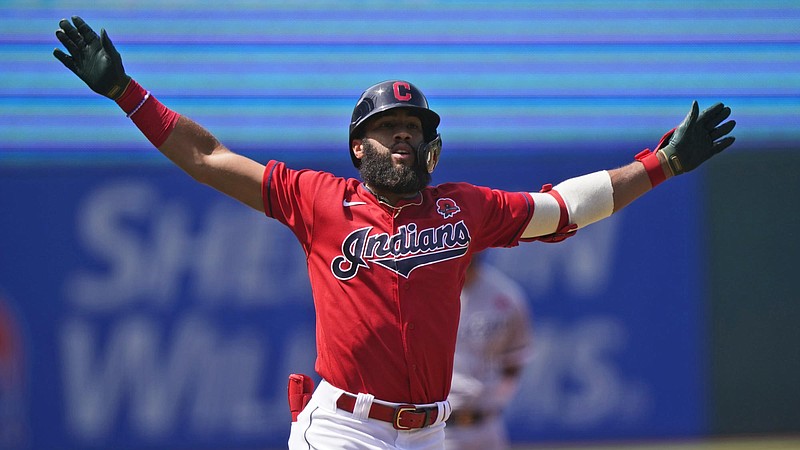 Cleveland Indians’ Amed Rosario celebrates after hitting a solo home run in the first inning of the first baseball game of a doubleheader against the Chicago White Sox, Monday, May 31, 2021, in Cleveland. (AP Photo/Tony Dejak)

CLEVELAND (AP) — The Cleveland Indians are narrowing a final list of new names and vetting them for legal purposes after months of research and discussions with fans.

The American League team announced in December that it is changing its name for the first time since 1915, a decision that came during a national movement to remove and replace prejudicial names and symbols.

The team began meeting with groups of fans in February, and on Thursday it revealed that following several brainstorm sessions that also included community leaders, local influencers and staff members, nearly 1,200 potential names were aggregated.

After further conversations, that list was whittled down to extract the top choices.

It’s not known how many names are being given final consideration for what will be the team’s new identity.

“We felt it was important to share our research journey and what we’ve learned so far.”

The forthcoming name change has sparked lively debate among Cleveland fans, some of whom want the club to remain the Indians. Among the most popular names being pushed by fans on social media are the Spiders, Guardians and Avengers.

Once the Indians have their final name choices, they’ll draft options for logos, word marks and other brand elements.

The club will also work with Major League Baseball to ensure legal viabilities.

Owner Paul Dolan told The Associated Press in December that the new name will not have any Native American themes or connotations.