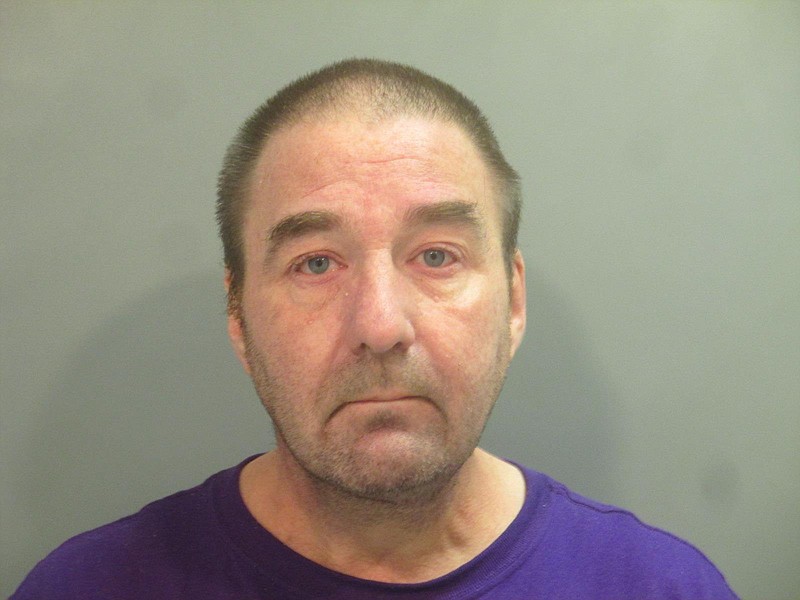 FAYETTEVILLE — The pathologist convicted of manslaughter in the death of a patient at the Veterans Health Care System of the Ozarks largely supervised himself, according to a Department of Veterans Affairs report issued Wednesday.

“Facility leaders failed to promote a culture of accountability,” states the report by the department’s Office of Inspector General. “The OIG found a culture in which staff did not report serious concerns about Dr. Levy, in part because of a perception that others had reported or they were concerned about reprisal. Any one of these breakdowns could cause harmful results. Occurring together and over an extended period of time, the consequences were devastating, tragic and deadly,” according to the report.

Robert Morris Levy, 54, received a 20-year federal prison sentence in January for involuntary manslaughter in the death of a veteran who was misdiagnosed. That veteran was one of 33,902 cases Levy had a hand in since 2005. Levy’s role at the health care system was to examine test results of tissue and fluid samples to determine illnesses, if any.

Levy went to work intoxicated, going so far as to use an exotic drug to remain intoxicated after being caught drunk on the job in 2016, getting substance abuse treatment and a second chance. The drug, 2m-2b, cannot be detected in blood or urine tests for alcohol. The health care system required Levy to submit blood and urine samples for testing as a condition of his reemployment.

He got out of substance abuse rehabilitation in mid-October 2016 and started researching the drug as an alcohol alternative by the next month, according to court testimony. He subsequently passed 42 drug tests in a two-year period.

“The report details an abject failure of leadership that led to the misdiagnosis and subsequent harm to hundreds of veterans who rely on the VA health system for care,” U.S. Rep. Steve Womack of Rogers said Wednesday.

“It is unacceptable to limit accountability to the criminal conduct of Dr. Levy. I am disturbed by the complicit nature of the leadership chain that permitted a climate to exist that led to the horrific outcomes affecting these victims. Numerous signs of impairment were ignored, proper institutional controls were absent, and the end result was a terrible tragedy impacting our American heroes,” Womack said in a news release.

Womack has testified about Levy before the House Committee on Veterans Affairs and called for changes in Veterans Department management. He, U.S. Rep. Bruce Westerman, U.S. Sen. John Boozman and, through a statement, U.S. Sen. Tom Cotton, all Republicans representing Arkansas, participated in a June 2018 news conference that brought the scandal to public light.

The state’s congressional delegation had received a briefing the week before the news conference June 18 of that year.

Levy’s deception was caught after a March 1, 2018, arrest. A Washington County sheriff’s deputy stopped him outside of the U.S. Post Office on Dickson Street in Fayetteville and summoned police, believing Levy was too drunk to drive.

After Levy failed a field sobriety test, a Fayetteville Police Department Breathalyzer test reported an “interfering substance” result. What that substance was remained a mystery until the U.S. Department of Veterans Affairs Inspector General’s Office investigated, finding Levy’s Internet orders of the drug.

Levy’s DUI arrest in Fayetteville triggered an independent review of all his cases at the health center. That review found 30 cases in which his incorrect diagnoses proved to have serious medical consequences. The 30 were from a total of 592 cases where there were missed diagnoses serious enough to have risked the patient’s health.

Having a team of 53 pathologists review 33,902 cases with more than 300,000 tissue samples cost taxpayers $2.1 million, according to court testimony in Levy’s case. That doesn’t include the cost of paying the regular salaries of federal employees, including many of the pathologists who were diverted from other tasks for the review. The review lasted a year and a half.

“The involvement of a subordinate in the peer review process of a supervisor creates an inherent conflict of interest,” the report found. In addition, “It was determined that Dr. Levy was entering concurrence statements into some patients’ electronic health records when a second pathologist had not agreed with the interpretation or diagnosis.”

This went on for 12 years, the report noted.

More than Levy’s continued employment depended on the performance reports he controlled, said Monte Sharits of Fayetteville, an attorney for eight families of Levy’s former patients. Whether Levy received bonuses based on his performance depended on the same process, Sharits said and previous court testimony confirms.

“They incentivized fraud, and fraud is what they got,” Sharits said of the practice.

Sharits and others representing the affected families are to meet with the Arkansas Senate’s State Agencies Committee on Tuesday to discuss the situation, Sharits said.

The Veterans Health Care System of the Ozarks and the Department of Veterans Affairs are “truly saddened at the pain victims and families endured at the hands of this pathologist,” the Ozarks System said in a statement. “The department assures veterans that we are fully committed to improving our processes and systems moving forward to prevent a situation like this from happening again.”

The Veterans Department “has strengthened internal controls by ensuring no provider can review his or her own work and by providing more stringent oversight, policy and processes,” the statement said.

Levy’s direct supervisor at the Ozarks System since 2012 was Dr. Mark Worley, system chief of staff who left that post in 2018 after Levy’s DUI arrest.

“Dr. Worley voluntarily sat down with federal investigators and was completely transparent throughout the process,” Worley’s attorney, Shane Wilkinson of Bentonville, said in a statement. “After a thorough investigation, it was very apparent Dr. Worley did a thorough job, but within the constraints of the federal employment rules and regulations. It is my understanding that there have been recommended changes to certain policies that would allow supervisors more leeway in the future. Dr. Levy’s actions were tragic with tragic results.

“As everyone now knows, Dr. Levy tested negative for alcohol numerous times after being randomly tested by Dr. Worley, because Dr. Levy was masking his blood alcohol level to make it undetectable. I understand that a report was probably necessary, but it’s also easier to play armchair quarterback a few years later when all the facts and circumstances are known.”

Worley received a complaint that Levy smelled of alcohol at least as early as 2014 but took no action, the inspector general’s report found. Then, in September 2015, a hospital staff member reported that Levy showed up smelling of alcohol and had red eyes and hand tremors. Levy showed up for a review of the complaint in October “and smelled of mouthwash, had red glassy eyes, and exhibited hand tremors,” according to the report.

“In March 2016, Dr. Levy was reported for signs of impairment, agreed to testing and was discovered to have a high blood alcohol content level,” the report states. He was enrolled in a treatment program and allowed to return to work on the condition he submit to regular testing.

Levy’s 2016 blood alcohol test showed a level of 0.396, according to court testimony.

“For a normal human being, a 0.396 would be comatose level,” inspector general investigator Kris Raper testified at a bail hearing for Levy in September 2019.

A 2016 review of his work didn’t find any missed diagnoses by Levy, according to the Ozark System.

“Negligence and a total lack of accountability by leaders at the Fayetteville VA Medical Center resulted in the misdiagnosis of veterans,” Boozman said in a statement.

“While steps have been taken to prevent the inexcusable failures from continuing in the VA, I will be working with my colleagues to ensure the recommendations made in this report are implemented and veterans get the quality care they deserve from the VA.”

“While we can’t make the veterans harmed by Dr. Levy whole again, we must hold accountable those who were complicit in this preventable tragedy,” he said in a statement.

“Dr. Levy’s evil conduct had fatal consequences for our veterans, but it was the VA leadership’s total lack of oversight that kept this criminal in place, year after year,” Cotton said in a statement Wednesday.