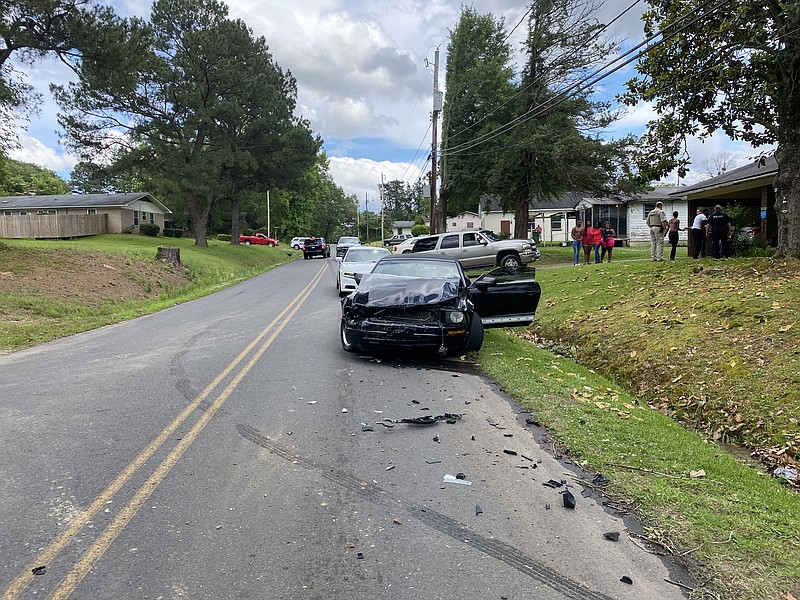 Williamson's vehicle that was found wrecked near South Side Park.

On June 2, officers from the Magnolia Police Department were dispatched to South Side Park in reference to a fight. While officers were en route to the park, dispatch advised that shots had been reported.

When officers arrived, a vehicle fled the scene. Officers attempted to stop the vehicle and it wrecked a short distance from South Side Park. The driver of the vehicle, Za'kari Williamson, 19, was transported to Magnolia Regional Medical Center(MRMC).

MPD and SAU police were called to MRMC for a large crowd. When officers arrived at the hospital, they learned that four people were injured during the shooting. While investigating the scene, officers learned that Williamson was identified as on of the shooters at South Side Park. Williamson was arrested on charges of first-degree battery, fleeing and aggravated assault.

This case is still under investigation and anyone with information is asked to contact the Magnolia Police Department Criminal Investigation Division.