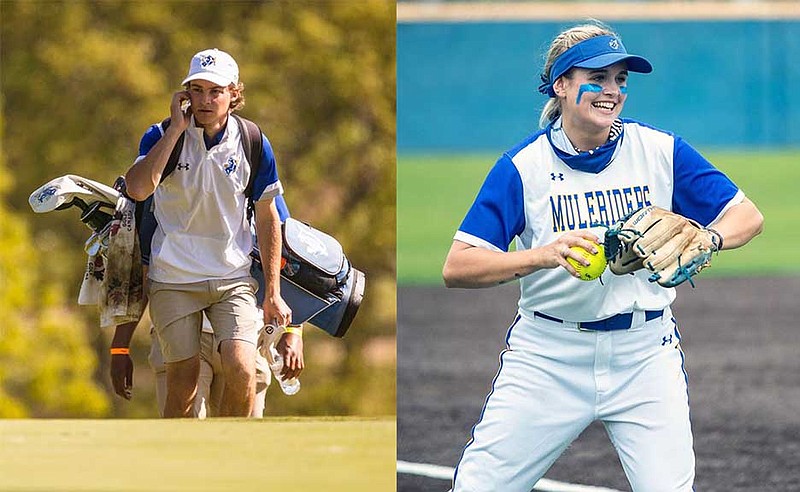 Timmerman capped his impressive junior season by competing in the NCAA postseason for the second time in his Mulerider career and for his efforts in the 2021 spring, the Canadian has been named a Golf Coaches Association of America (GCAA) DII PING All-Central Region performer for the third-consecutive season after laying claim to the plaudit in 2019 and 2020.

An All-GAC Second Team honoree this spring, Timmerman becomes the first Mulerider in the program’s NCAA Era to receive three all-region nods. In the six tournaments he competed in this past spring, Timmerman did not finish outside the top 17. He recorded three top 10 showings which included placing tied for third at the NSU Classic, tied for sixth at the GAC Championship and tied for 9th at HSU’s Battle for the Belt.

Otts has been named to the CoSIDA Academic All-District 7 First Team for her performances both on the field and in the classroom for the Lady Muleriders.

The Haskell native, who is currently in graduate school pursuing a master’s in Kinesiology with an emphasis in coaching, has a 3.74 GPA during her time in Magnolia, in which she earned her bachelor’s degree in Sports Management.

The third baseman, who finished her career with 225 starts at third base, including 215 starts in a row dating back all the way to April 14th, 2017, ranks near the top of many categories in SAU softball’s record book.

This season, Otts owned a personal season best fielding percentage of .973, committing only three errors 101 attempts. She hit .311 with nine doubles, eight home runs and a team-best 33 RBIs, as well as a team-best 37 runs scored.

Otts becomes the second player in the program’s history to be named to the Academic All-District Team on two occasions.