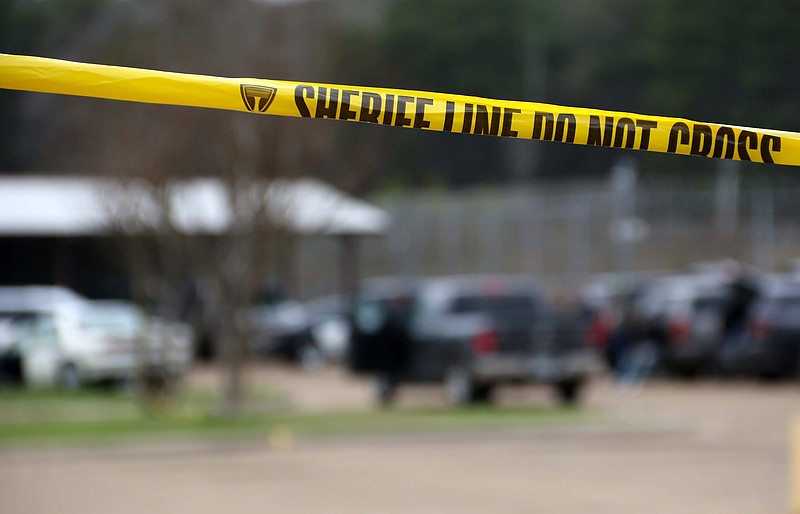 An El Dorado man was fatally shot during an altercation early Wednesday morning and while the El Dorado Police Department has identified a person of interest, no arrests have been made.

Police said Jacobee Edwards, who was in his early 20s, of El Dorado, was shot multiple times during an incident that took place at a residence on Omega Avenue.

Officers responded between 1:30 and 2 a.m. Wednesday to a report of numerous shots fired in front a residence on Omega Street and upon arrival, they saw a male lying in the street in front of the residence.

Police said the man, later identified as Edwards, was motionless and unresponsive and he sustained what appeared to be multiple gunshot wounds.

Officers tended to Edwards until emergency medical workers arrived on the scene. Edwards was transported by ambulance to Medical Center of South Arkansas, where he was pronounced dead a short time later.

Capt. Scott Harwell, of the EPD Criminal Investigative Division, said Edwards’s body will be sent to the Arkansas State Crime Laboratory in Little Rock for an autopsy.

Harwell said the EPD received reports that there was an exchange of gunfire and police recovered two handguns and several shell casings from the scene.

No other injuries were reported in the shooting.

A person of interest has been identified. No arrests have been made.

Harwell said investigators are still working to piece together the details that led up to the incident.

“We are still very fluid in our investigation right now. We have interviewed people and collected evidence. There are still some things that we’ve got to iron out ,” Harwell said.

A motive for the shooting has not been confirmed.

Harwell said Edwards knew someone who lived at the Omega Street residence and one of the residents was on the scene when officers arrived.

He said it was not clear if Edwards knew the shooter, who had left the scene by the time officers arrived.

A POI was identified shortly after officers were called to the scene of the shooting, Harwell said, adding that police do not believe the POI lived at the residence.