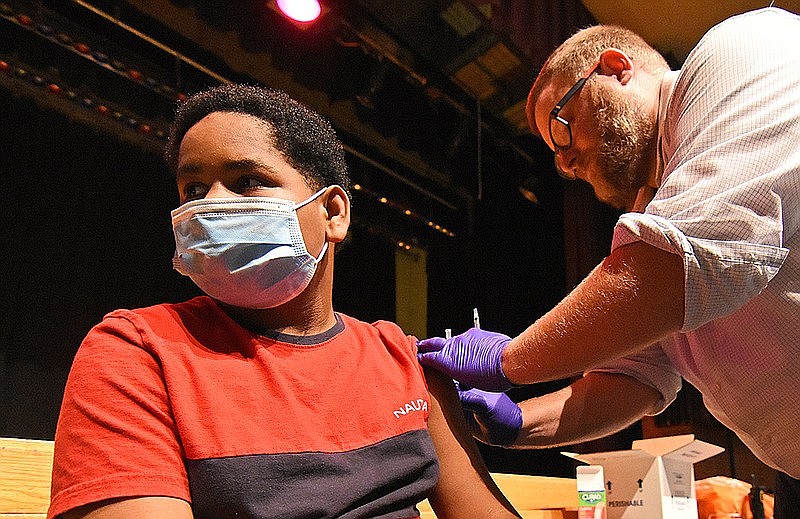 The number of patients hospitalized with COVID-19 in Arkansas jumped Tuesday by 55, to 416, the largest one-day increase since January.

Fifteen more COVID-19 patients were admitted into intensive care units, raising the total to 176, a week-to-week increase of 34 from the 142 reported the previous Tuesday.

Those patients requiring ventilators to breathe increased by 10, to 76 — up seven from 69 a week ago.

The increases came the same day Hutchinson announced a statewide tour to talk directly with residents and address vaccine hesitancy.

They also came as public health experts have been warning of a new mutation of the virus that is shown to be more contagious and cause more severe illness.

Health Secretary Dr. Jose Romero warned that it could be much worse.

“This is the most significant increase we’ve had really when we look at the fact that now we have vaccines to prevent this,” Romero said.

Hutchinson pointed out that the lower case numbers are likely due to the Fourth of July holiday weekend, which meant less testing and reporting.

“We’ll stay tuned for the rest of the week, but the hospitalizations obviously tell the story for today,” Hutchinson said.