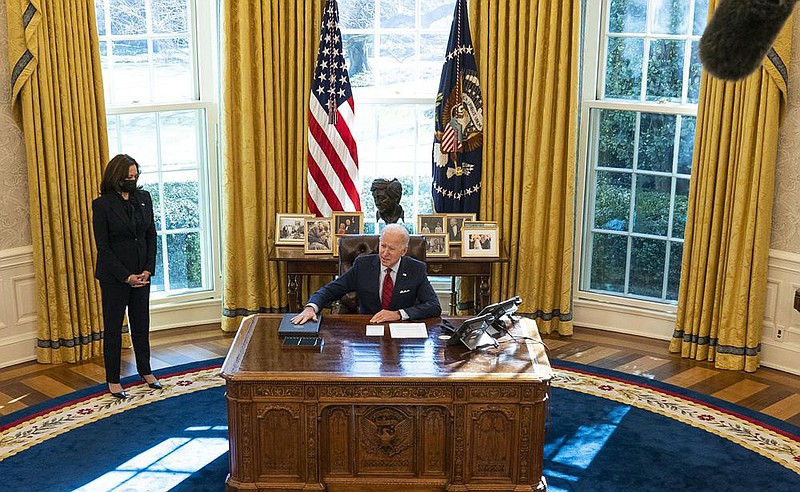 Biden signed an executive order directing the healthcare.gov insurance markets to take new applications for subsidized benefits, something former President Donald Trump's administration had refused to do. He also instructed his administration to consider reversing other Trump health care policies, including curbs on abortion counseling and the imposition of work requirements for low-income people getting Medicaid.

The special enrollment period is intended to help people who have lost coverage in the past year, but it will be open to those who want health insurance for any reason, in the 36 states that use healthcare.gov -- the online federal insurance exchange for people who cannot get affordable health benefits through a job.

"There's nothing new that we're doing here other than restoring the Affordable Care Act and restoring Medicaid to the way it was before Trump became president," Biden said as he signed the directives in the Oval Office. He declared he was also reversing "my predecessor's attack on women's health."

The actions were only the first steps by Biden, who has promised to build out former President Barack Obama's health care law to achieve a goal of coverage for all. While Biden rejects the idea of a government-run system that Sen. Bernie Sanders, I-Vt., has pushed for in his "Medicare for All" proposal, his more centrist approach will require congressional buy-in. But opposition to the health law runs deep among Republicans.

The most concrete short-term impact of Biden's orders will come from reopening the insurance markets as coverage has shrunk in the economic turmoil of the coronavirus pandemic. That's an executive action and no legislation is required.

The special enrollment period will begin Feb. 15 and run through May 15, the White House said. It will be coupled with a promotional campaign and a call for states that run their own insurance markets to match the federal sign-up opportunity.

The Biden administration has ample resources for marketing, said Karen Pollitz, a health insurance expert with the nonpartisan Kaiser Family Foundation. It estimates that the Trump administration left unspent about $1.2 billion in user fees collected from insurers to help pay for running the marketplaces.

[Video not showing up above? Click here to watch » https://www.youtube.com/watch?v=hwra6tVYgwU]

"The reason it wasn't spent is the Trump administration spent its time in office cutting services that support consumer enrollment," Pollitz said. "All the while the user fee revenue was coming in, [but] they were not allowed to spend it on anything other than marketplace operations."

A Biden White House official declined to say how much money the Department of Health and Human Services will devote to outreach and enrollment help, or whether it will match what the previous administration cut. The official also said the White House does not have a forecast for how many people might now sign up, but noted, "there are millions of uninsured people who can benefit from the [Affordable Care Act]."

Created under the Obama-era Affordable Care Act, the marketplaces offer taxpayer-subsidized coverage regardless of a person's medical history or preexisting conditions, including covid-19.

The new president's signing of a growing stack of executive orders is drawing increasing criticism from Republicans and also from some of his allies, especially after Democrats lambasted Trump when he acted on his own. Biden's team says he's looking to Congress for major legislation but feels that certain actions are crucial in the meantime.

Some directives he issued Thursday could take months to carry out.

The agency also will reexamine a Trump administration policy that allows states to impose work requirements as a condition for low-income people to get Medicaid health insurance.

Work requirements have been blocked by federal courts, which found they led to thousands of people losing coverage and violated Medicaid's legal charge to provide medical services. The U.S. Supreme Court has agreed to weigh the issue.

Asked during a briefing whether federal health officials would now withdraw permission that the last administration gave several states for work requirements, perhaps before the high court rules, the White House official did not answer directly but said, "[The Health and Human Services Department] is expected to take a very close look at those waivers."

And Biden directed the department to review Trump policies that could undermine protections for people with health problems, such as a rule that facilitated the sale of short-term health insurance plans that don't have to cover preexisting medical conditions.

Such changes cannot happen overnight. Rescinding a federal regulation requires a new regulation, which has to follow an established legal process that involves considering different sides of an issue.

"Obamacare plans are generally only attractive to people who receive large subsidies to buy them," said Blase. He cited a Trump policy that allows employers to provide tax-free money for workers to buy individual plans.

Biden campaigned on repealing long-standing federal prohibitions against taxpayer funding for most abortions, but that was not part of Thursday's orders. A change of that magnitude to a group of laws known as the Hyde Amendment would require congressional approval.

Biden's nominee for health secretary, California Attorney General Xavier Becerra, has not yet been confirmed by the Senate, but the White House said that will not stop health agencies from immediately going to work on the president's directives.

The idea of reopening the health insurance markets in the pandemic has had broad support from consumer, medical and business organizations.

The industry, which usually supports tight limits on insurance enrollments, is backing the extra time. Around 15 million Americans are uninsured and eligible for marketplace coverage, according to a recent analysis by the Kaiser Family Foundation. Most would qualify for some form of financial assistance if they bought such coverage -- and about 4 million could sign up for a high-deductible plan that would cost them nothing in premiums.

"For the 4 million people who could be getting free coverage who are instead uninsured -- that, to me, is screaming out for outreach," said Cynthia Cox, a vice president of the foundation and a co-author of the analysis.

As the number of uninsured Americans grew because of job losses in the pandemic, the Trump administration resisted calls to reopen healthcare.gov. Failure to repeal and replace the 2010 law was one of the former president's bigger disappointments.

His administration continued to try to find ways to limit the program or unravel it entirely. A Supreme Court decision on Trump's final legal challenge to the Affordable Care Act is expected this year.

Experts agree that the number of uninsured people has risen because of layoffs in the coronavirus economy, but authoritative estimates await government studies due later this year. While some estimates cite 5 million to 10 million newly uninsured people, the nonpartisan Congressional Budget Office says its analysis suggests a smaller number.

Nonetheless, the office projects that nearly 32 million Americans are uninsured and that of those, about 2 in 3 are eligible for some kind of subsidized coverage.

The Obama-era health care law covers more than 23 million people through a mix of subsidized private insurance sold in all states, and expanded Medicaid adopted by 38 states.

​​​​​Information for this article was contributed by Ricardo Alonso-Zaldivar of The Associated Press; by Amy Goldstein of The Washington Post; and by Margot Sanger-Katz of The New York Times. 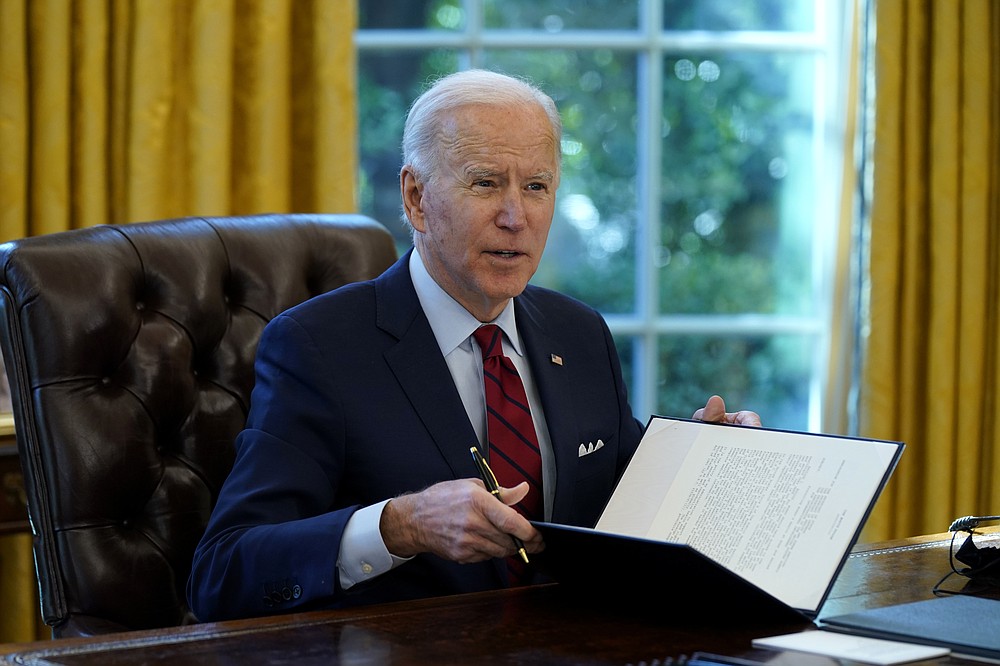 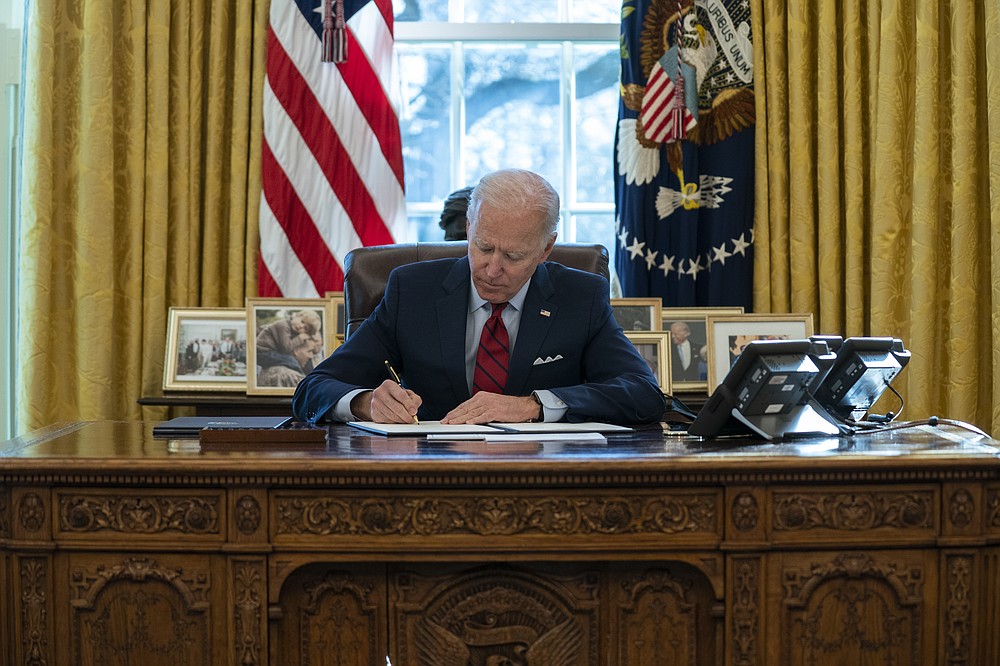 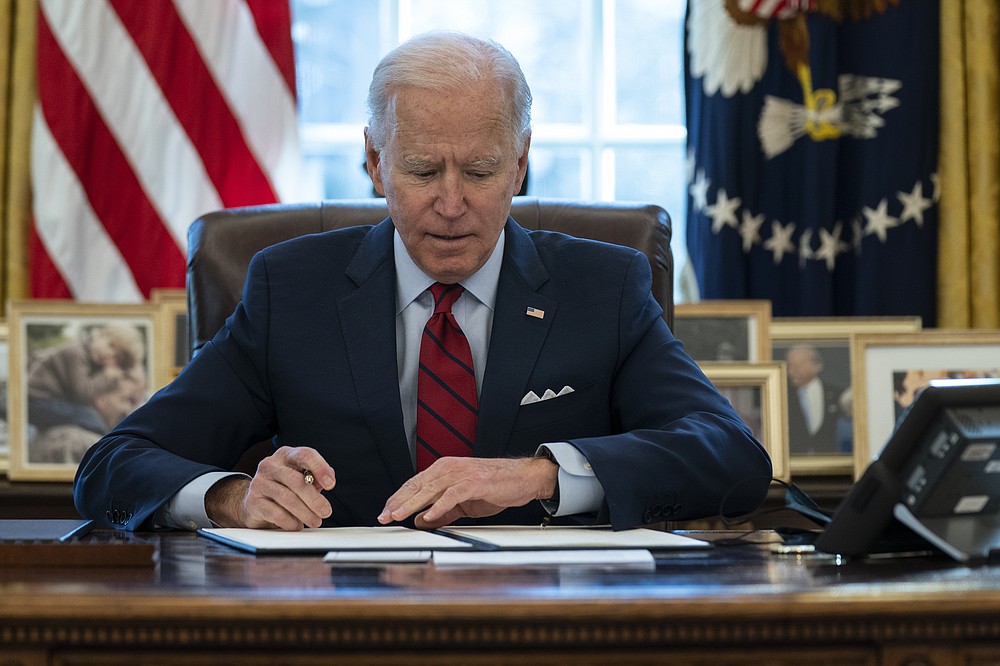