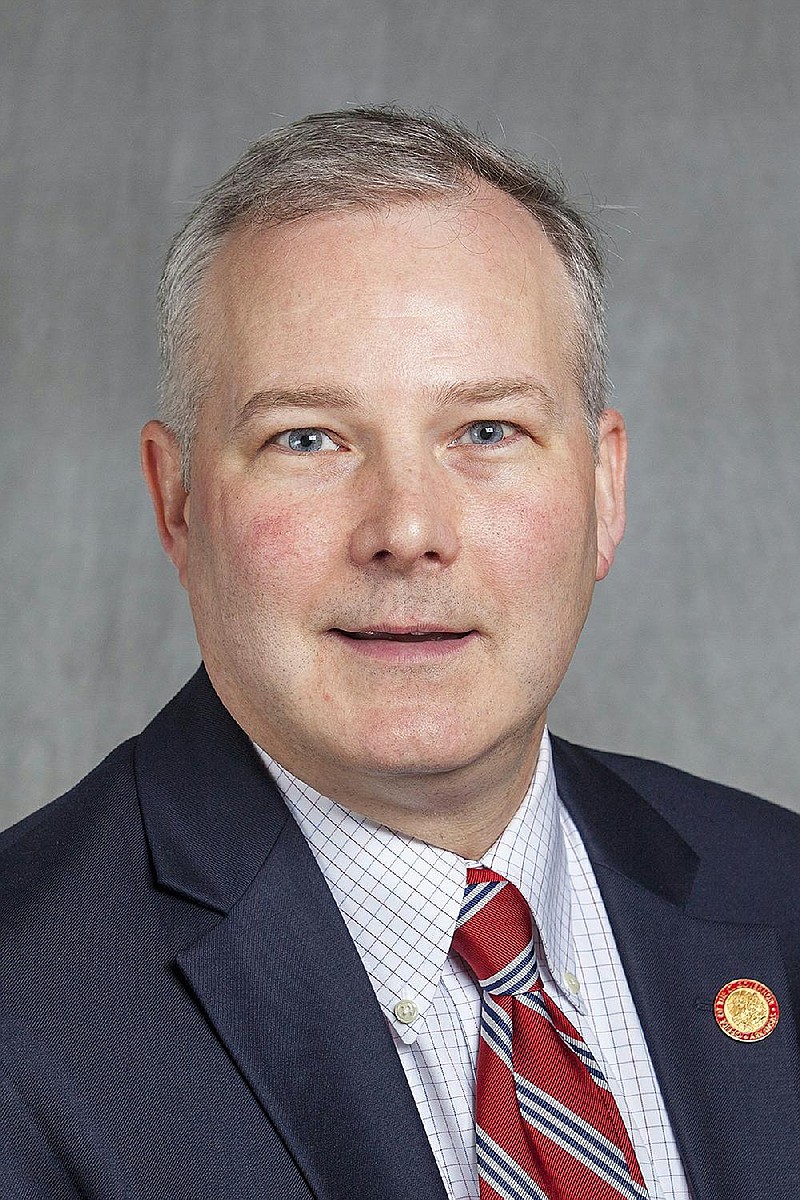 On Jan. 1, Arkansas’s top income tax rate fell from 6.6 percent to 5.9 percent. Not long ago, it was 7 percent, and Arkansas stuck out like a sore thumb: the highest income tax rate in the entire southeast.

Gov. Asa Hutchinson and the General Assembly deserve tremendous credit for the commendable progress made over the last six years. We are now within striking distance of some of our regional competitors, such as Missouri (5.4 percent) and Oklahoma (5.0 percent).

However, there is much more work to be done. Now more than ever, states are competing—for jobs, new movers, skilled workers, and quality of life. Arkansas needs bold ideas if we are to make our state the best possible place to live, work, and raise a family.

That’s why I’m calling for a complete phase-out of Arkansas’s income tax, not immediately, but in the coming years. And we need to do it without raising other taxes in exchange.

Eliminating the income tax will incentivize work and productivity, attract high-quality good-paying jobs, and unleash Arkansas small businesses. I am ready to chart a course that leads Arkansas to a brighter future—one with zero income tax.

President Reagan once said, “If you want less of something, tax it.” That timeless truth certainly applies to our income tax, which penalizes work, productivity, and presents a barrier to job creation.

In the 1970s, our lawmakers exempted residents of Texarkana from paying the state income tax because they share a border with Texas, which has zero income tax.

I worked with the Legislature and the governor in 2017 to eliminate the income tax on military retirement income. We want more veterans to retire to our state, so we incentivized them to do so.

I’m glad that residents of Texarkana and our military retirees pay no income tax. Now, I want to expand that same benefit to every Arkansan.

Letting Arkansans keep more of what they earn will be a huge windfall. A family earning the median household income of $47,000 would realize a savings of more than $1,500 per year on their tax bill. That’s money families can put to good use by purchasing reliable transportation, paying for their kids’ college tuition, or achieving the dream of homeownership. I trust Arkansas families to spend their hard-earned paychecks better than the government.

Americans want to live in states with a very low- or zero-income tax, and they are voting with their feet. From 2005-2016, the high-tax states of California, New York, Illinois, and New Jersey lost over 5.2 million combined residents (net migration).

Meanwhile, the low-tax states of Texas, Florida, North Carolina, and Arizona gained nearly 4.1 million net new residents. In fact, I recently received an email from a man in West Virginia who read a news article about my proposal. He told me that he and his wife are retiring in a few years and that this policy is one that would make Arkansas an attractive place to retire.

This trend has certainly been accelerated by covid-19 and the draconian lockdown policies of many of the high-tax states. I want Arkansas to compete for these new movers in the decade to come. This is one of the primary ways we can do it.

Eliminating the income tax won’t be easy, and it won’t happen overnight. It could take 10 years, 15 years, or possibly even longer. How long it will take to achieve this goal will depend on several factors, including our rate of economic growth and our commitment to spending discipline and reform of state government.

Identifying $70 million in technology savings, like Louisiana has done, or over $50 million in real estate savings, like Tennessee has done, will certainly speed up the timeline. And that’s just the tip of the iceberg: Whether it’s vehicle fleet management or purchasing, there are dozens of other areas where states have been able to identify significant savings.

Anytime a bold idea threatens the status quo, there will be naysayers. There are those who will mislead and say that phasing out the income tax will bankrupt our state and threaten vital government services, but that’s nonsense. We will be responsible and do it in a way that funds government services, especially for our most vulnerable citizens.

Arkansas’s Revenue Stabilization Act positions us well in this regard. It requires that the core functions of state government, such as education, public safety, and a safety net for our most vulnerable citizens receive top priority when it comes to state revenue.

Others say the only way to lower a tax is to raise another one in exchange for it. Why would I give a taxpayer $1,000 in income tax savings and pay for it by charging them $1,000? That would be pointless. The goal is not simply to lower the income tax but lower the overall tax burden—the total amount of money the government takes. And raising a tax to cut a tax assumes that all the money state government spends is spent wisely with no room for improvement. We all know that’s not true.

To skeptics who think it can’t be done, I’m simply talking about continuing to lower the income tax as we have been doing the last six years, but with a laser-like focus on spending reforms and efficiencies in state government to help us reach the finish line faster.

Tax triggers are an important tool that other states, such as North Carolina, have used to reduce taxes, and they can be helpful here. A tax reduction trigger is a provision of law that automatically reduces a tax rate when government revenue exceeds a set amount. This ensures that as our economy grows, the benefits of that growth are returned to the taxpayers.

Even though phasing out our income tax won’t be easy and could take several years, this goal should be our North Star. Every tax-related decision in state government should be made through the prism of whether it moves us closer to or further away from this goal. I know from conversations with both legislators and Arkansans from all corners of our state that they are ready for this bold idea.

In Arkansas, we’ve always punched above our weight. From Johnny Cash to Sam Walton, we’ve achieved far beyond expectations and left an indelible mark on this nation. There’s no reason to stop now.

To me, this is personal: I’ve got three children, ages 13, 10, and 3. When they grow up, I don’t want them to have to move to Dallas or Atlanta to find a job. I want our children to be able to raise their children right here at home. Phasing out the income tax helps us achieve that.”