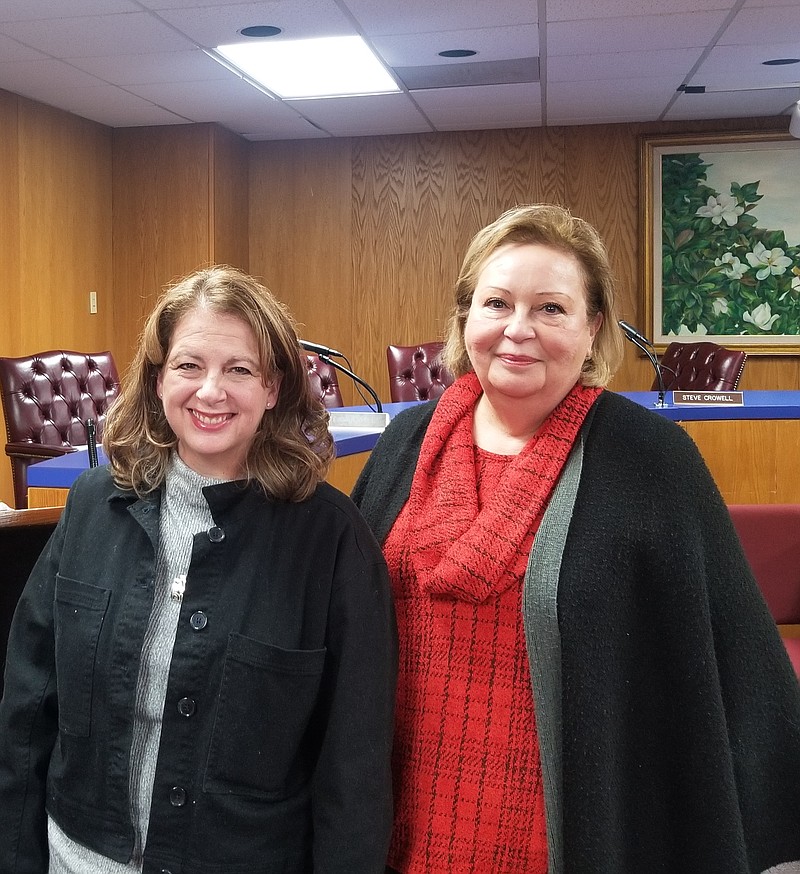 From left) Elaine Pearson and Ileana Tucker were elected by the Columbia County Republican Committee to serve on Columbia County’s three-member board of election commissioners.

Ileana Tucker of Taylor and Elaine Pearson of Taylor were elected on Jan. 18by the Columbia County Republican Party to serve on the three-member county board of election commissioners.

Each of the 75 counties in Arkansas has a county board of election commissioners comprised of three local officials responsible for conducting all elections within the county. Members include one official from the minority party and two officials from the majority party.

“The Columbia County Republican Committee is dedicated to providing unified leadership for the growth of the Republican Party in south Arkansas and to advance common-sense conservative principles in the county,” the party stated in their press release.