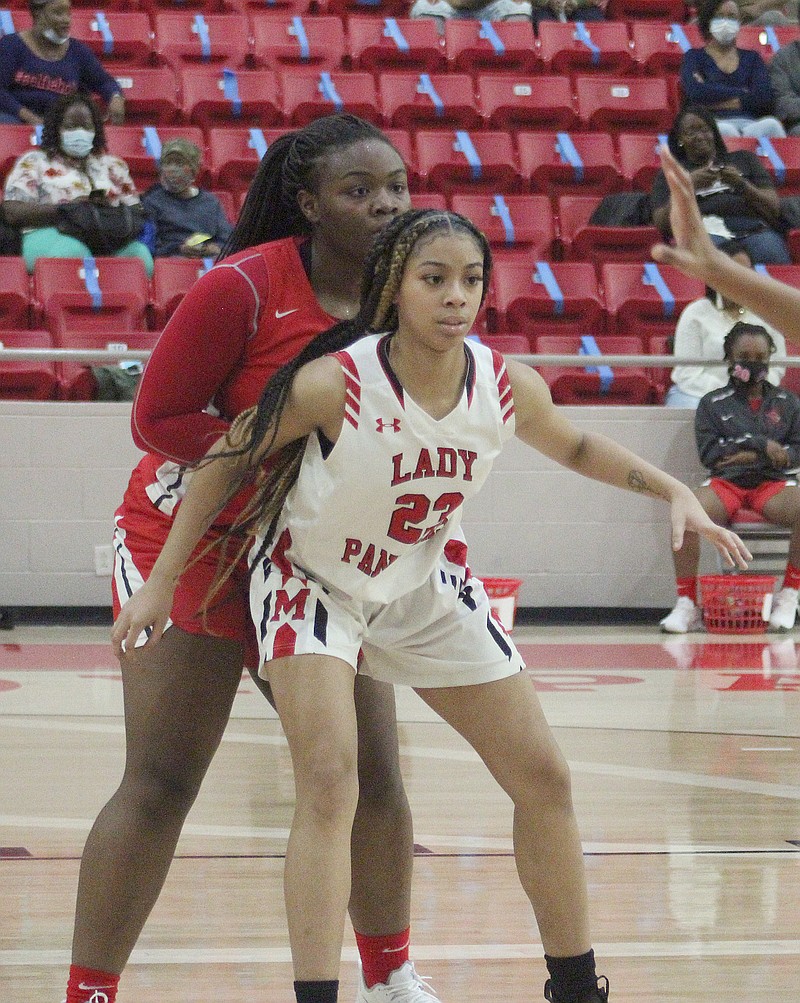 “This was by far her best game when it comes to rebounding, scoring and playing defense. I thought she put together a good all-around game,” head coach Donnell Ford said following the 50-42 victory.

The win kept Magnolia (8-5, 5-1 4A-8) a game behind Star City in the standings. The Lady Bulldogs, 15-3 on the season and unbeaten in league action, are ranked No. 2 overall and in Class 4A behind Harrison. They are also the defending Class 4A State Champion, along with Farmington.

Guard Janayi Baker scored Magnolia’s first three points against Camden Fairview and Rone added a bucket as the Lady Panthers led 5-0 after four minutes. Every starter scored in the first period as Magnolia was up 12-5 when the buzzer sounded.

Camden Fairview’ Jhiya Jefferson had back-to-back buckets to start the second period as the Lady Cardinals used a 6-0 spurt to pull to within one, 12-11. Behind two offensive rebounds by Rone, Magnolia used a 6-0 spurt of its own and led 18-15 at halftime.

Another offensive rebound by Rone early in the third helped the Lady Panthers go up by 10, 25-15, at the five-minute mark. Magnolia built a 12-point advantage late in the period, but led by seven, 34-27, at the end of the three.

Beaunca Willis nailed a 3-pointer midway through the final quarter to give the Lady Panthers a 13-point lead as Magnolia held on to win by eight.