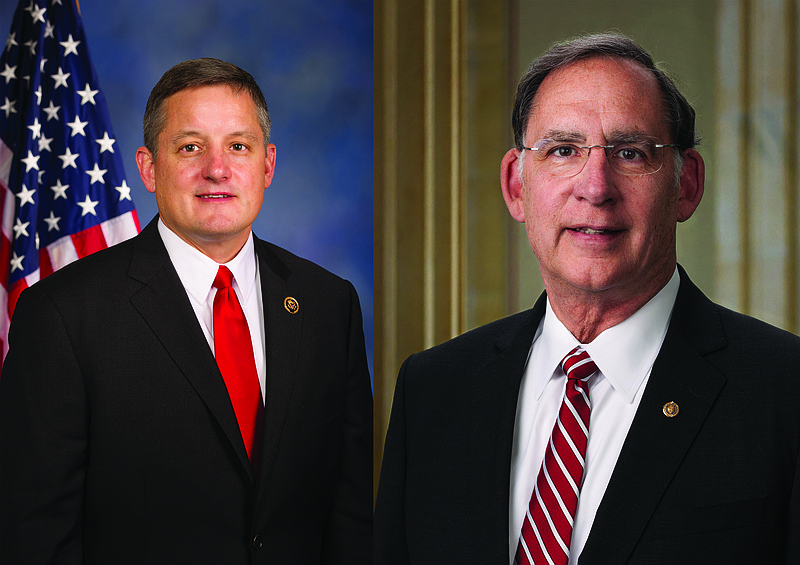 U.S Representative Burce Westerman (R-AR) of Arkansas’ fourth district and U.S. Senator John Boozman (R-AR) have condemned the actions that took place at the U.S. Capitol on Jan. 6, according to press releases sent by both politicians.

Bruce Westerman, Jan. 8, 2021 - While members of Congress were peaceably and constitutionally debating the electoral votes on Jan. 6, rioters violently stormed the U.S. Capitol, resulting in death, destruction and a national disgrace. This is unacceptable, and I condemn these actions in the strongest terms.

The Constitution explicitly outlines that federal elections are state legislatures’ responsibility, giving Congress a final check with a provision to object to electors. I’ve said all along that we should let our court system work, and I supported a variety of legal challenges to investigate election fraud allegations. However, I did not object to the final count of electors.

The failed votes in Congress did nothing to change the outcome of the Nov. 3 election, nor could they have changed it had they passed. As much as we may not like the results of an election, resorting to mob rule is wholly un-American. We can – we must – be better than this.

Through some of our country’s darkest days, we’ve maintained a peaceful transition of power. This year should be no different. We cannot flirt with undoing the very foundation of our Constitution and pretend that it will all work out in the end.

My oath was not to defend a party or a person, it was to defend the Constitution of the United States. I will never stop fighting for the Constitution and conservative ideals in Congress, and I know many of you feel as though your voice isn’t being heard. It is, but changes must be done through the appropriate channels. Now, more than ever, we need to demonstrate strong leadership and work to restore trust in our election process through independent audits, oversight and more.

This much is clear: what happened at the Capitol on many different levels must never happen again.

John Boozman, Jan. 7, 2021 - “The events that transpired in Washington were not only shocking and unlawful, but represent a dark moment in our country’s history that we must reckon with today and in the days to come.

“The Constitution gives every American the right to peaceably assemble and protest. It does not condone or provide for opportunities to sow chaos or provoke insurrection. Sadly, many of the demonstrators in the nation’s capital yesterday failed to live up to this obligation, and an alarming number willfully participated in an attack on the U.S. Capitol in an attempt to thwart the constitutional responsibilities of Congress. ‘The People’s House’ is the place where the will of our citizenry is rightfully expressed through its elected representatives –– not a forum for mob rule and anarchy. The perpetrators of this despicable attack should be held accountable to the fullest extent of the law. It is also incumbent on every American to soberly recognize that the divisions in our society have reached a place beyond troubling, and we must prayerfully and diligently work to mend those divides so that what occurred yesterday is never repeated, or worse.

“This assault is not the final word, however. Congress was not intimidated or cowed. We eventually reconvened and ultimately certified the vote of the Electoral College, performing our prescribed constitutional duty. Amid the mayhem, there were countless acts of heroism and compassion on behalf of law enforcement, first responders, Members of Congress, our support staff and others. As we always do in times of uncertainty and trouble, Americans helped each other, prayed for one another and demonstrated that what united our ancestors over two centuries ago can still bring us together today.

“We all, as Americans, deserved better than what we experienced –– a disturbing, demoralizing and entirely avoidable episode. We must pray for healing, and we must pledge to demand better from each other. This incident cannot define us, but it must persuade us that choosing a different and better course –– one that lives up to the high ideals which have reliably sustained the United States and inspired our exceptional story –– is the only path forward.”