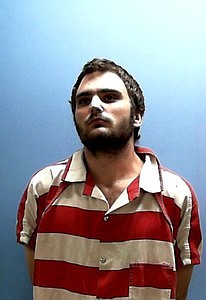 The Arkansas Supreme Court announced on Jan. 5 that all jury trials would be postponed until at least March due to the ongoing COVID-19 pandemic.

The State Supreme Court published its decision on the Arkansas courts website, stating in the document that public health officials in Arkansas have identified an increase in COVID-19 positive tests and hospitalizations and because of that, jury trials would be suspended through Feb. 28.

“We hereby suspend through February 28, 2021, jury trials that have not begun. Jury trials that are currently ongoing shall be completed,” the state Supreme Court document reads.

The court witnessed the effects of the suspension on Jan. 7, when William Mickles’ name was called from the docket and public defender Jessica Yarbrough stated that Mickles was seeking a jury trial.

“We won’t need him today,” stated Phillips, before the court moved on to the next case.

Mickles was booked into the Columbia County Jail on Oct. 17, 2019, on charges of sexual indecency with a child and second-degree sexual assault.

According to court records, on Oct. 16, 2019, a Magnolia Police officer responded to a report of child abuse. Records say a woman reported being assisted at home by her neighbors, including Mickles, who one night near the start of October stayed the night at her residence. She told the officer she’d witnessed Mickles writing in a notebook that day, and later found letters in her apartment written by Mickles where he stated he had sexually assaulted her child, according to court records.

The letters were taken as evidence by an MPD officer, who subsequently contacted the Arkansas Child Abuse Hotline and made a report.

On Oct. 17, 2019, Mickles came to the Magnolia Police Department and spoke with Lt. Josh Miller. According to court records, after being advised of his rights, Mickles confirmed that he wrote the letters found in the woman’s apartment, stating that he “only wrote the letters to show what could have happened” if he continued to be in contact with the woman’s child.

Mickles denied having inappropriate contact with the woman’s child, though he did say that he bathed the child and changed the child’s diaper, according to court records. The woman told police Mickles did not have permission to bathe or change her child, but that she had once caught him trying to bathe the child and three times caught him trying to change her child’s diaper, according to court records.

Records say she told police she had also recently noticed a change in her’s child’s behavior.

Mickles was subsequently arrested on the two charges and has been held in the Columbia County Jail since. He underwent a mental health evaluation on July 1, 2020, where he was found fit to proceed to trial.

Mickles’ next court appearance will take place after Feb. 28.