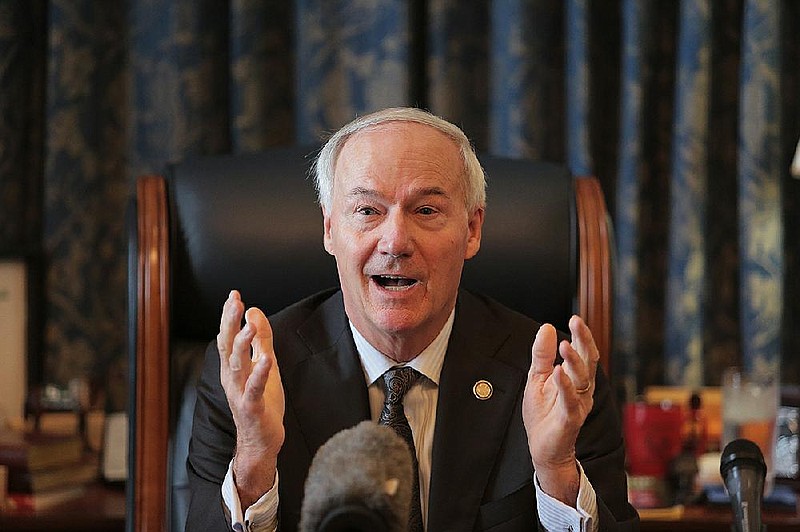 Gov. Asa Hutchinson said Friday “I want this administration to end,” after a mob supporting President Donald Trump broke into and ransacked the U.S. Capitol this week.

Speaking to reporters during a virtual round-table discussion, Hutchinson said that despite his alarm at the riot -- which left five people, including a Capitol police officer, dead -- he did not view any “practical” options to remove the president over the final two weeks of his term.

“This was a terrible exercise of judgement and an exercise in misleading his supporters,” Hutchinson said. “And the result of it is the riots in the nation’s capital, destruction of property and loss of life and a black mark on our democracy.”

Hutchinson, a Republican who endorsed Trump for re-election, had publicly accepted Democrat Joe Biden’s victory in the 2020 presidential election prior to this week’s riot.

Asked Friday whether he would support another attempt to impeach the president, Hutchinson questioned the practicality of such a move given the limited time before Biden’s inauguration, which is scheduled for Jan. 20. He added that he did not believe Trump would resign.

“It’s not going to be a quick result, and it’s going to be divisive once again,” Hutchinson said. “If I’m President-elect Biden, I would probably be calling the Senate leaders and House leaders and saying ‘Let’s do inauguration, the world does not need to see an impeachment trial the day before the inauguration of the new president.'”

Biden himself said Friday that he would leave the question of impeachment up to Congress.