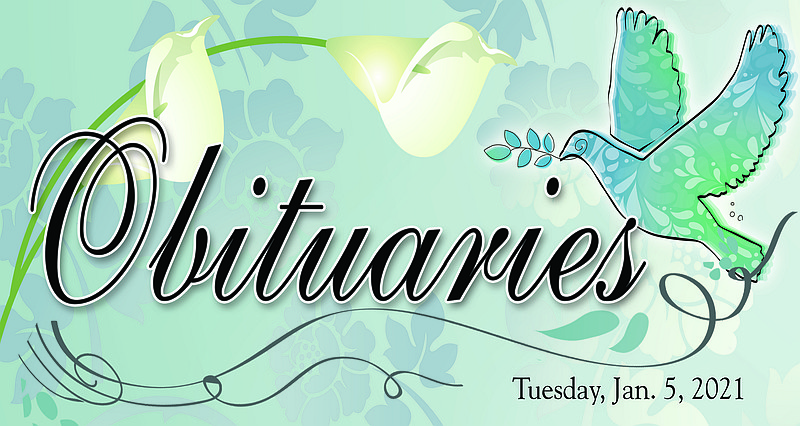 Jan was born on January 24, 1937 in Columbia County, Arkansas. She was raised in the Village Community. Jan was valedictorian of the Village High School Class of 1955. After a short illness, the angels came for her on Monday, December 28, 2020. Jan passed peacefully in her home with family present. She had resided in Shreveport, Keithville, and Bossier City, Louisiana for many years. Jan was a loving homemaker, office manager, and hotel concierge.

Jan loved the Lord, her family, friends, and all animals. She adopted and gave loving care to many homeless dogs and cats throughout her lifetime. Jan began everyday with her Bible and coffee.

Jan was preceded in death by her father, James Grady King, and her mother, Myra Lockett King. She is survived by her husband, Donald Eddie Wilcher, of Bossier City, Louisiana; son, Kenneth David Rhodes and wife Carla, of Gause, Texas; three (3) grandchildren, Christopher Grady Rhodes, Andrew David Rhodes, and Patrick Kennedy Rhodes, of Houston, Texas, all of whom will profoundly miss her. Jan also leaves behind her dearly beloved cats, Jubal and Tessa.

Anissa “Nissy” Marie Barger 52 of Magnolia, Arkansas entered into the Kingdom of God on Friday, January 1, 2021 at her home surrounded by her family.

Nissy was born on April 11, 1968 in Clarksville, Texas. She moved to Magnolia in 1978 and attended school with her lifelong friends at Magnolia Specialized Services from 1980 to 2019.

Nissy loved her family, her classmates and friends. She also loved riding the bus, going to school, new clothes, Mickey Mouse, dancing, bowling, singing, all kinds of music, Elvis, and getting her hair done. She had a special spirit and a sweeter soul we will never know. She always brought smiles and laughter with her wherever she went, she was the light of our family.

Nissy is survived by her mother Sydney Young and her husband Hughie Young of Magnolia, her father Harland Barger and his wife Laverne of Malta, Texas; a half brother Jeff Barger of Malta, Texas; and a host of extended family of aunts, uncles, and cousins.

In lieu of flowers donations can be made to the Verbie Graney CARC Center at Magnolia Specialized Services, PO Box 595, Magnolia, Arkansas 71754.

Thomas Allen Owen, 75, of Magnolia, AR passed away on Saturday, January 2, 2021 at his home surrounded by family.

Tommy was born August 3, 1945 in Magnolia, AR to the late Andrew and Nannie Lee (Ware) Owen. He was a senior traffic agent for Dow, Ethyl, and retired from the Albemarle Corporation. He was a member of the Macedonia Baptist Church and served in the United States Air Force during the Vietnam War. He was a farmer and raised and showed Polled Hereford cattle and held offices in the Magnolia Polled Hereford Association.

A graveside service will be held on Thursday, January 7, 2021 at 2 p.m. at the Macedonia Cemetery with Bro. Joe Owens officiating under the direction of Lewis Funeral Home, Inc. in Magnolia. Signing of the guest book and viewing will be Wednesday from 1 to 5 p.m. at the funeral home.

She was born on January 20, 1945 in Rockford, Michigan to the late Loren Sylvester Tingley and Louise Rutz Tingley. She moved from Michigan to Arkansas to work at Southern Extrusions. She married Felton Lynwood Miller on June 9, 1973 and attended Salem Baptist Church and Rugged Cross Cowboy Church.

She is preceded in death by her parents; a daughter Shelley Miller Melson; a granddaughter Tanner Melson; and a brother Larry Tingley.

Karen is survived by her husband of 47 years Felton Miller of Stephens; a son Randy Miller and wife Lori of Bossier City, Louisiana; four grandchildren, Kylie Vaughan and husband Thomas, Katie Miller, Kristyn Miller, and Taylin Melson; two great grandchildren, Baylor Vaughan and Boston Vaughan; a sister Sharon Sweers and husband Bruce of Hart, Michigan. Karen was lucky to have a bonus family including Eddie “Bubba” McMahen and his wife Janet and their two daughters Abby McMahen and Allie McMahen.

A graveside service was held at 2 p.m. on Monday, January 4, 2021 at Salem Cemetery with Bro. Mike Launius officiating under the direction of Lewis Funeral Home, Inc. Viewing and signing of the guestbook was on Sunday afternoon from 6 to 8 pm at the funeral home.

She was born June 17, 1941 to Annie Mae Scott and Eddie Story. She is preceded in deth by her parents; sister, Maxine Kingsby; brother, Bobby Clayton; and one niece, Christine Story.

Services are under the direction of Marks Funeral Home in Magnolia, AR.

She was born on June 6, 1963 in Magnolia, Arkansas to the late James Harold Barker and Emma Jean (White) Barker. She was a member of the American Legion, and loved her dogs,

She is preceded in death by her parents and her husband Alvin Denny Miller. Debbie is survived by her son Terry Miller and Kristie Stevenson of Magnolia, Arkansas and an aunt and uncle Kay and Wallace Davis of El Dorado, Arkansas.

Evelyn Glen Howard, age 77 of Sparkman died Friday, January 1, 2021 at her home. She was born September 9, 1942 in Sparkman, Arkansas. She is preceded in death by her parents, Frank Givens and Sybil Sinquefield Givens; husband, Theo Howard; and two brothers, Jim and Charles Givens. She is survived by one son, Rik Orton of Hot Springs; one brother, Harold Wayne Givens of Sparkman; and several nieces and nephews. Graveside services were at 10 a.m. Monday at Sardis Cemetery near Sparkman with Rev. Wendell Deaton officiating. In lieu of flowers donation may be given to New Hope Baptist Church, Sardis Cemetery Association or OCMC Hospice. Arrangements by Benton Funeral Home of Fordyce. To sign the online register visit www.bentonfuneralhome.net.