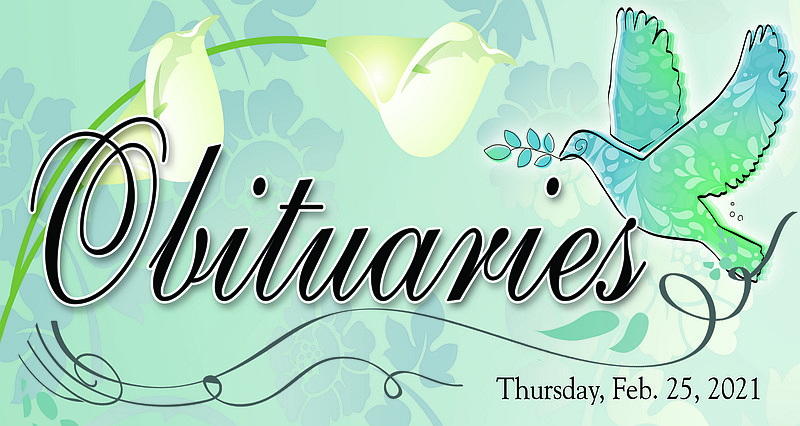 Billy was born September 1, 1932 in Rison, Arkansas to the late William Joe and Mamie (Fore) Jaggars. He retired as Postmaster from the United States Postal Service. He was a member of the Calvary Missionary Baptist Church where he served on the music committee and was a former Builders Sunday School Class teacher. He was an avid outdoorsman who loved to hunt and fish.

Billy is survived by his sons Joe N. Jaggars of Magnolia, William Eugene “Gene” Jaggars and wife Valerie of Hope; daughter Dee Copeland and husband Randy of Waldo; sister Ann Sue Post and husband Neely of Kingsland; brother in law Vernon Harden of Hardin; sisters in law Gay Jaggers of Portland and Annette Reed of Yellville; a host of nephews and nieces, great nephews and nieces, cousins, and friends.

Visitation with the family was held on Tuesday, February 23, 2021 from 6 to 8 p.m. at Lewis Funeral Home, Inc. in Magnolia. Graveside services were Wednesday, February 24 at 11 a.m. at the Greenwood Cemetery in Rison, Arkansas with Bro. Micah Carter officiating.

Margie Clingan Walthall, 84 of Magnolia, Arkansas passed away peacefully in her sleep after a short illness with heart failure on Monday, February 15, 2021 at The Springs in Magnolia.

She was born on March 27, 1936 in Chidester, Arkansas to the late Roy Baxter Clingan and Myrtis (Bradley) Clingan Wilson.

During her almost 68 years of marriage to Donald, they enjoyed traveling the United States and Alaska in their camper truck and mobile home. Margie also traveled to Germany and throughout Europe with her Mother and her daughter while her daughter Donna was stationed in the army in Germany.

During her working career Margie worked at Shanhouse, Magnolia Coat and Quilting, Firestone Coated Fabrics, Wests Department Store, and was a Manager of Fabrific Fabric Store Magnolia. She was an accomplished seamstress. In her retirement years many happy hours were spent with her McDonald’s Breakfast Club friends.

She was one of the kindest and loving wife, mother, grandmother, great grandmother, and friend to those who knew and loved her. Margie – Mom – Mamaw will be greatly missed by her loving family.

A graveside service was held at 11 a.m. on today, February 25, 2021 at Frazier Cemetery with Caleb Cook officiating. Visitation with the family was Wednesday evening from 6 to 8 p.m. at the funeral home. Memorial donations may be made to Bethel Church, 131 Bethel Road, Magnolia, Arkansas 71753.

Margie’s grandsons and Brad Edington will service as pallbearers. Honorary pallbearers will be her granddaughters and great grandchildren.

Dub was born on November 15, 1949 in Monticello, Arkansas to the late William Rayburn Austin, Jr. and Katie (Berry) Austin and was a member of Central Baptist Church. Dub enlisted in the United States Navy in 1968 and served during the Vietnam War until he was honorably discharged in 1973. Dub then reenlisted in the United States Army National Guard and served 36 years until he retired as Sergeant First Class in 2009. After his retirement he was employed as a building security specialist with Southern Arkansas University.

Funeral services will be held on Saturday, February 27, 2021 at 10 a.m. at Central Baptist Church with Dr. Mike Seabaugh and Bro. Steve Ford officiating. Burial with military honors will follow at the Magnolia Memorial Park Cemetery under the direction of Lewis Funeral Home, Inc. in Magnolia. Visitation with the family will be Friday, February 26 from 6 to 8 p.m. at the funeral home.

Deacon Lindsey Charles Hughey, 85 of Waldo, passed away Sunday, February 21, 2021, at his home. Graveside Celebration of Life services will be held Saturday, February 27, 2021, at 2 p.m., at Smith Cemetery in Waldo, under the direction of R.L. Reed Funeral Home. Rev. C.K. Hughey eulogist. Visitation will be Friday, Feb. 26, from 1–4 p.m.