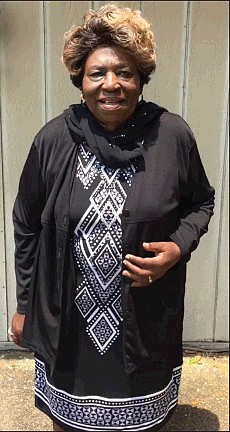 EDITOR’S NOTE: This is the third in a fourpart series about local African-Americans who have contributed to the community over the years. A story will be published each week in February in observance of Black History Month.

Whether it was driving a school bus for 33 years or being a licensed cosmetologist for more than 50, Margie Russ of Magnolia said she did things she knew she could handle.

Bus driving and being a beautician were only two of the many hats worn by the Magnolia native over the years. She was a long-time Ward 2 Magnolia City Council woman, while being active in many community and church functions. She once served as President of the Beautician Association of Arkansas under several different governors.

But she said driving that big yellow school bus for the Magnolia School District was her real passion.

“I loved it so much because I knew all the children and their parents. Over the years, I was firm and meant what I said when it came to being on my bus,” said Russ. “I don’t know how things are today, but back then, you had to be as firm and lovable as you could. Say what you mean, and mean what you say.”

According to Russ, her job was made easy because she knew the parents of the students on her bus.

“They knew I would call those parents and tell them how they acted. And I would do it. I didn’t have to run to the (school) office all the time,” explained Russ, adding that some of those parents rode her bus when they were students.

“Communication is key to anything. Back than, I could talk to the parents and get action that way,” she mentioned, again saying, “There wasn’t anything hard about it. I enjoyed what I did.”

When talking about African-Americans, especially on the national level, Russ said, “We’ve come a long way.”

“It makes me feel good to see that we’re still moving forward. Some improvements have been made and improvements must continue. The older generation put down the roots to get us to a certain point, and now we must keep building on that for the next generation,” she explained.

Russ said a lot of things have changed for the good in Magnolia over the years, but added there’s still plenty of work to be done.

“We have to keep improving,” she said.

Back to driving the bus, Russ said she transported several generations of kids.

“People see me today and tell me that they rode on my bus. That Pumpkin School Bus is still ringing in the minds of people around Magnolia,” she said.