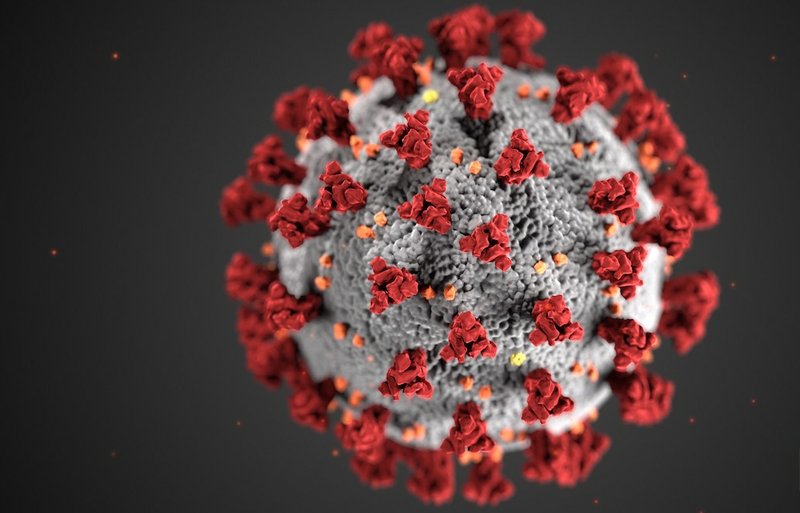 A rendition of the coronavirus by the CDC.

LITTLE ROCK (AP) — Republican Gov. Asa Hutchinson said Sunday the distribution of the coronavirus vaccine has been “seamless” under the administration of President Joe Biden.

Hutchinson said on ABC’s “This Week” that anything that can be done to speed up production of vaccines, including invoking the Defense Production Act, would be good.

“In terms of the vaccine distribution, it’s been seamless. And I was delighted that we had a ... 14% increase in vaccine supply last week. This is going to be very, very important for us,” Hutchinson said.

The state reported on Sunday that 307,558 of the 520,00 doses Arkansas has received of the coronavirus vaccine have been given.

“Thank goodness we have that partnership which is good with the federal government. And President Biden and his team is -- is working to assure that partnership and not tear it apart, which I’m very grateful for,” Hutchinson told “This Week.”

In the past week, Arkansas saw the number of people hospitalized because of the virus drop to its lowest point since November.

There were 911 people hospitalized with the coronavirus in the state on Saturday, a drop of 40 patients from Friday, according to the Arkansas Department of Health.

Hutchinson said that in January, the state tested over 400,000 of its residents, which is over 10% of Arkansas’ population.

“While we receive additional (vaccine) doses, it’s important we all wear a mask, watch our distance, and wash our hands,” Hutchinson said Saturday in a tweet.

On Sunday, the Arkansas Department of Health reported 881 new coronavirus cases and 30 new deaths due to COVID-19, the illness caused by the virus.