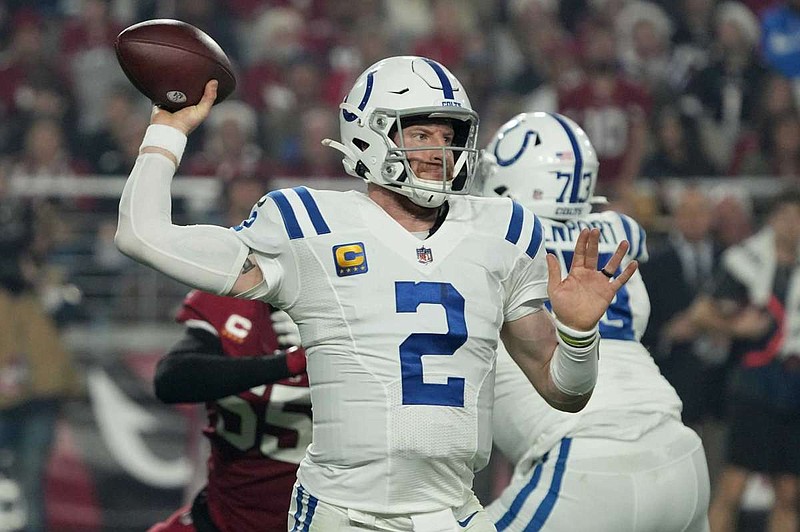 But Wentz is unvaccinated and NFL protocols require players who test positive to sit out 10 days. While the CDC changed its guidelines for those who are asymptomatic, recommending a five-day quarantine period and masking over the second five days, it's unclear if the NFL will change its requirements.

The timing couldn't be worse for the Colts, who have rebounded from a 1-4 start to win eight of their past 10. They can clinch one of the seven AFC playoff spots with a win over the Raiders.

Indy's move comes one day after five players including right tackle Braden Smith were added to a rapidly expanding COVID-19 list and less than 24 hours after coach Frank Reich was asked whether any additional precautions would be taken to protect Wentz.

"Yes, there has been with the team, as far as -- really for every player," Reich said. "So, we'll have a plan for the whole team, a plan for certain individuals, Carson being one of them but not the only person. I don't want to go into detail on every person we might do something a little extra with, but those things are being talked about."

Wentz's backup is rookie Sam Ehlinger, who has played in three games but has not thrown a pass this season. He was a sixth-round draft pick.

Veteran Brett Hundley and James Morgan are on Indy's practice squad. Hundley has gone 3-6 as a starter during his NFL career.

Indy won Saturday at Arizona despite missing six starters because of COVID-19 and losing two more in the first half. The absences forced Indy to play with only one of its five regular offensive line starters, Smith.

It's unclear how many, if any, of those players may return Sunday.

But Reich made one thing clear Monday -- the Colts did not ask last season's starter, Philip Rivers, about coming out of retirement to help.

"No," Reich said. "Right now we're just in the situation that we're in. We're happy with the guys that we've got here."