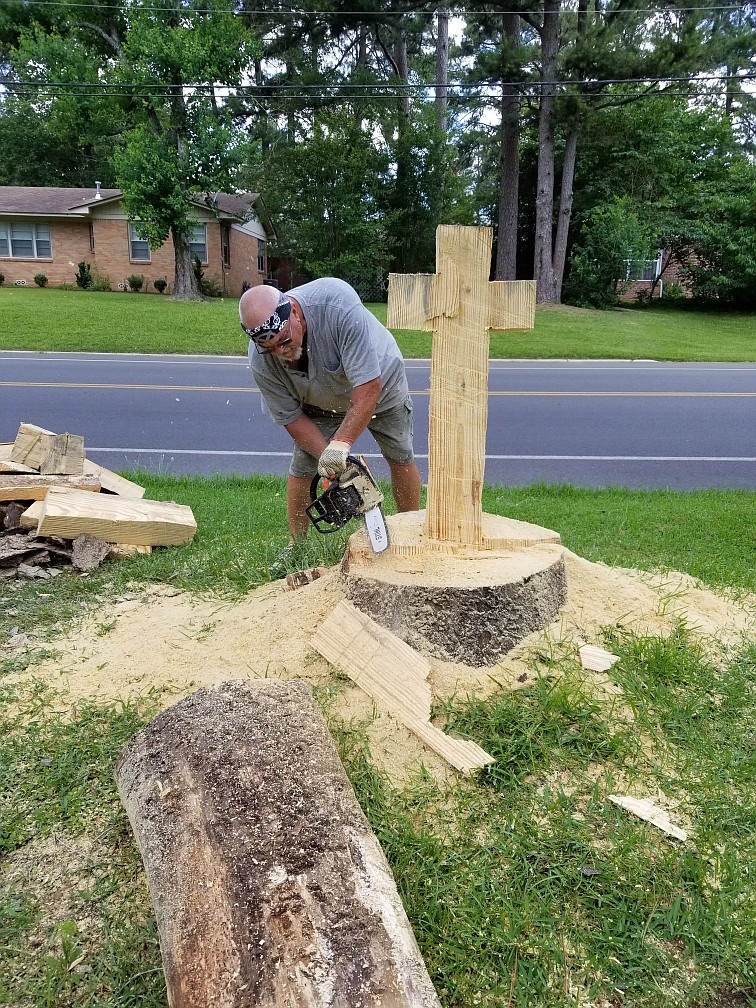 Nita Smith had a vision of turning a stump in her yard into a cross and a friend and a chainsaw made that happen.

Smith has lived on North Dudney Road for about a year and a half. Last year, Entergy needed to cut a pine tree in the center of her front yard due to it being a danger for hurricane season. At first someone had offered to grind the stump down, but he never showed up. So that is when Smith started thinking about what else the stump could be.

"I ran into Billy Gass one morning at S&S (Home Center)," she said. "He asked me what I wanted to do with the stump, and I said I would like to find someone to turn it into a cross."

Smith told her friend, who lives across the road and a few houses down, that she would like to have a cross made from her stump. They have known each other for years, having worked for about 20 years together at Alcoa.

"I said I will come do that for you," Gass said.

So, on July 5, 2021, Gass and his wife Brenda, came down the road pulling a wagon with a chainsaw in it. The weather was hot, but in about an hour and a half, the shape of a cross appeared from what was just a stump. This was his first carving project like this, and it was challenging, he said.

"It was a rather large stump and the bar on my chainsaw is not that long, so it was a little difficult cutting through it," he said.

At first Gass cut the front and sides of the stump off and then Smith took a marker to outline how the cross should look.

It took about an hour and a half in the hot July sun, but the result was something Smith, a Christian and a member of Bethel Church in Magnolia, is proud of throughout the year, and especially at Christmas.

"Christmas is a celebration of the birth of Christ and a cross is a good reminder for us about Christ and how he allows us to have a second birth," she said.

Gass said he thinks the stump turned out to be something that might cause someone to stop and think about its meaning.

"It should touch everybody," Gass said. 'Each time they look at a cross they should think of Christ. Hopefully, that is what they would think anyway."

Smith said she stained the cross in black walnut and still wants to get a light set up to shine on it at night. She said she has had several neighbors comment on the cross and tell her how good they thought it turned out.

"I could have just cut it down, but I am a Christian and for me a cross is a symbol of what Christ did for us," she said. "When Christ was born it was like a promise ring and the cross is our engagement ring because God promised us Christ and Christ promised us life." 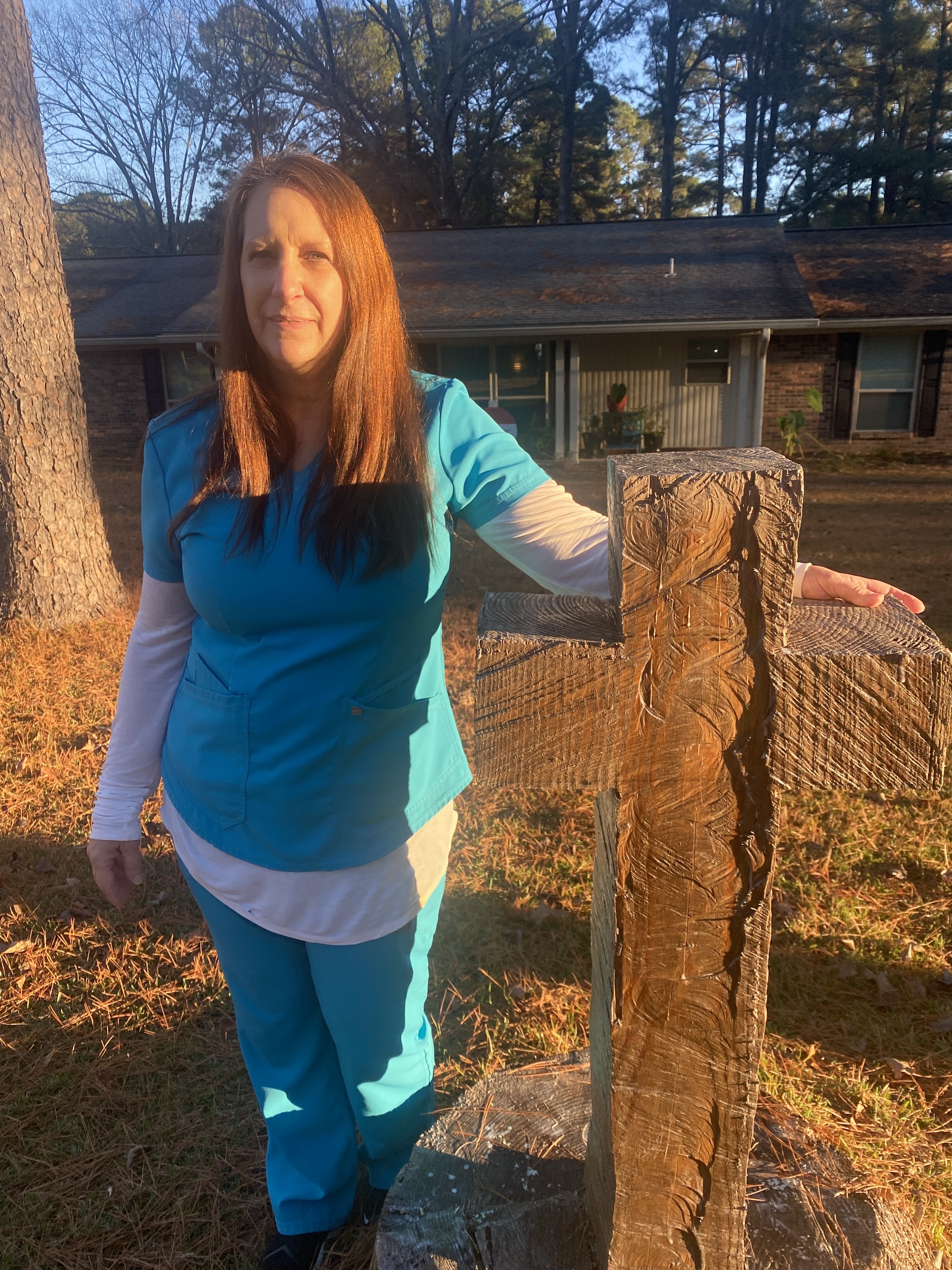