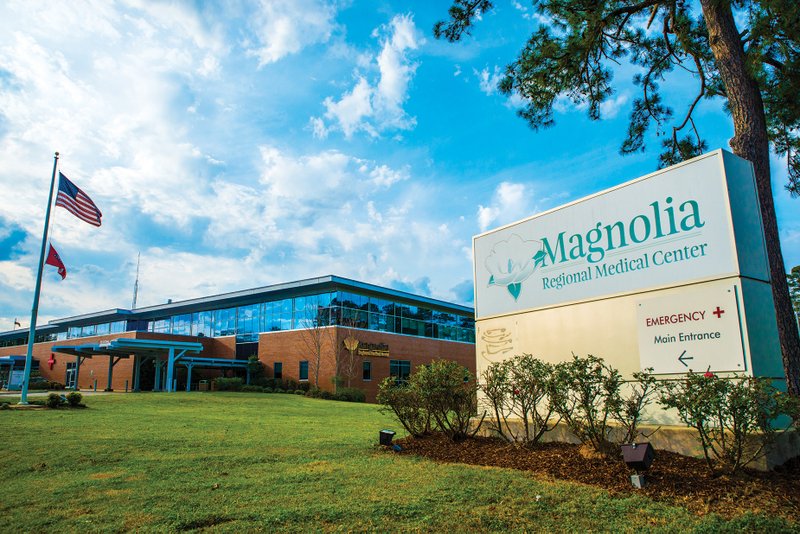 Magnolia Regional Medical Center employees who refuse to get the COVID-19 vaccine will be terminated Monday, Dec. 5, MRMC Chief Executive Officer, Rex Jones, said during a meeting of the hospital board last week.

“Termination is considered insubordination and if they fail to comply, they will not be eligible for unemployment,” he said.

Jones met with the hospital board during their regularly scheduled monthly meeting and said the Centers for Medicare & Medicaid Services (CMS) issued rules this month mandating that all staff at places which accept Medicare and Medicaid must be vaccinated.

“The vaccine mandate is a requirement for privilege, and the proof of this is a COVID vaccination,” Jones said, adding that about 99% of the hospital staff and others working under the umbrella of MRMC have received vaccinations.

Jones said all hospital volunteers had also been vaccinated except for one who would not be returning to the hospital.

The deadline for receiving the COVID-19 vaccine was Wednesday, Nov. 24. That is the time when the hospital will also take into consideration all exemptions, including religious ones.

“Thirty-three full time employees have not had their vaccination,” he said.

Those who want to voluntarily resign before Dec. 5 are encouraged to do so because that helps the hospital plan, Jones said.

“We’ve had two resignations from two employees and that makes it easier for us to make plans,” he said.

Jones said the only health care provider that would not be regulated by the CMS rule would be an individual clinic run by a physician. However, most people who work in health care do fall under the rule.

“Some of the employees who left are going to try to ride it out and some are saying they are going into another field,” Jones said.

He added that as of Monday morning, no patient in the hospital has had COVID and there has not been a positive case in three weeks.

In other business at the Nov. 22 meeting, the board approved an approximately $345,000 expenditure for a new call light system from Johnson Controls. Stephanie Schumittou, chief nursing officer at the hospital, said the system in use now was faltering and information technology employees were being called each week to make a new repair.

Schumittou said employees were having to take pieces from one unit and place them in another so they would work.

“We are borrowing from Peter to pay Paul,” she said. “The one we have is one we’ve had for 12 years.”

“We literally have band aided this as much as we can,” he said.

There was also a discussion about the success of Dr. Kevin Rudder, orthopedic surgeon whose clinic is the Multi-Specialty Clinic with the rehabilitation center attached.

Rudder has been performing a high number of hip and knee surgeries and does most orthopedic surgery except spine surgery, hospital officials noted.

Jones said the Stryker Mako robot for robotic assisted orthopedic surgery dramatically improved the accuracy of the procedures and decreased the recovery time for patients.

“This is an additional modality for the robot that we bought earlier this year,” he said.

Rudder has so many patients that he is occupying all the space in the Multi-Specialty clinic, officials said.

“He is beaming; he thinks it is awesome,” Jones said.

However, there may have to be some scheduling arrangements made so patients do not have a two hour wait, Jones said. Especially considering that people who come in for surgery are often in pain which leads to the need for the operation.

“We need to work to make sure all patients are satisfied,” Jones said.

The board discussed meeting in December but decided they would instead meet in January. The date of that meeting has not been announced.